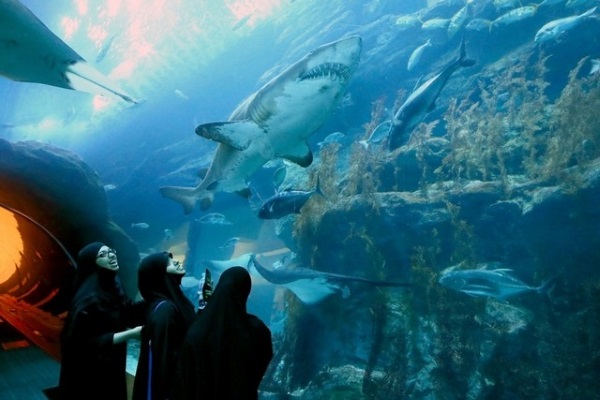 The UAE moved up one spot to second place in terms of Muslim travel friendliness, according to the Global Muslim Travel Index (GMTI) for 2016.

Rising spending on Halal tourism might be one of the reasons for the country’s better ranking this year.

Total spending on family tourism in the UAE is projected to increase by 4.4 per cent, according to a study conducted by the Dubai Chamber of Commerce and Industry. The outbound family travel expenditure of Emirati citizens is set to rise at 3.6 per cent this year, it adds

The study coincides with the 3rd Global Islamic Economy Summit, which, bearing the theme “Inspiring Change”, will be held in Dubai on October 11 and 12. It tackles family tourism as one of a spectrum of subjects under the Islamic economy label. The UAE is considered both a top origin and top destination country for family tourism – an umbrella term used to refer to the body of Shariah-compliant, halal travel offerings.

The GMTI ranked Malaysia first in the world in terms of Muslim travel friendliness in 2016. Meanwhile, the UAE moved up one spot to 2nd place, effectively replacing Turkey. Singapore kept its lead among Non-OIC (Organisation of Islamic Cooperation) nations, while Hong Kong managed to climb to 5th position this year, after it was ranked 7th in 2015.

In tandem, industry experts expect GCC families who seek cultural experience and Muslim-friendly facilities to increasingly target the UAE, Morocco, and Asian destinations such as Malaysia, Indonesia, India and the Philippines in 2016, while visits to Turkey are expected to drop, dragged down by the recent instability.

Furthermore, Singapore-based halal travel specialists Crescent Rating predicted spending in the global Muslim travel segment to hit $200 billion by 2020, driven by the growth in the number of Muslim travellers from the current 117 million (11 per cent of total global tourism) to an estimated 168 million travellers worldwide by 2020.

The Chamber’s study identified four key factors driving this growth in family travel, ranging from the above-average population growth in predominantly Muslim countries, and the healthy economic performance of Muslim communities, to the increasing access to travel information, and increasing availability of Muslim-friendly travel services and facilities. What is more, the study reveals that five countries in the Middle East – namely, Saudi Arabia, the UAE, Kuwait, Iran, and Qatar – stand behind 40 per cent of total Muslim expenditure on travel, while Southeast Asia leads by number of Muslim travellers by virtue of its populous countries such as Indonesia and Malaysia.

Furthermore, the study predicts new trends to emerge in 2016 with the potential to reshape local tourism. One such trend is the drive towards developing cruise tourism, whereby the emerging segment is expected to grow by 30 per cent in the 2016-2017 season, as the emirate prepares to welcome 155 cruise vessels, carrying 650,000 visitors. This momentum creates new opportunities for Dubai-based family travel or Muslim travel agents, who could tailor destinations to suit the needs of Muslim travellers.

The Global Islamic Economy Summit 2016 is organised by Dubai Islamic Economy Development Centre and Dubai Chamber of + and Industry, with Thomson Reuters as a strategic partner. The summit welcomes decision makers and business leaders from all around the world to discuss pressing issues that pertain to the seven pillars of the Islamic economy: finance, halal industries, family tourism, digital infrastructure, Islamic arts, knowledge, and standards.