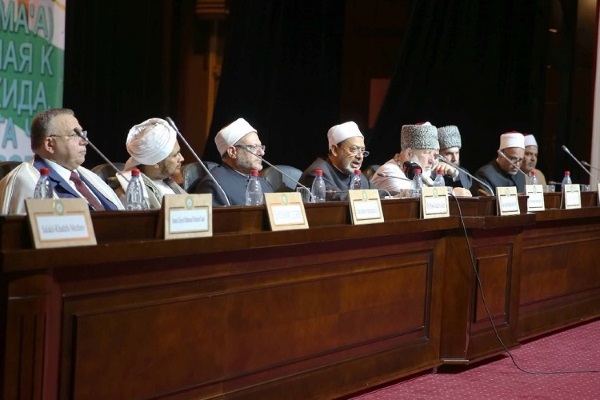 The Saudis step deeper into trouble almost by the week. Swamped in their ridiculous war in Yemen, they are now reeling from an extraordinary statement issued by around two hundred Sunni Muslim clerics who effectively referred to the Wahhabi belief – practiced in Saudi Arabia – as “a dangerous deformation” of Sunni Islam. The prelates included Egypt’s Grand Imam, Ahmed el-Tayeb of al-Azhar, the most important centre of theological study in the Islamic world, who only a year ago attacked “corrupt interpretations” of religious texts and who has now signed up to “a return to the schools of great knowledge” outside Saudi Arabia.

This remarkable meeting took place in Grozny and was unaccountably ignored by almost every media in the world – except for the former senior associate at St Antony’s College, Sharmine Narwani, and Le Monde’s Benjamin Barthe – but it may prove to be even more dramatic than the terror of Syria’s civil war. For the statement, obviously approved by Vladimir Putin, is as close as Sunni clerics have got to excommunicating the Saudis.

Although they did not mention the Kingdom by name, the declaration was a stunning affront to a country which spends millions of dollars every year on thousands of Wahhabi mosques, schools and clerics around the world.

Wahhabism’s most dangerous deviation, in the eyes of the Sunnis who met in Chechenya, is that it sanctions violence against non-believers, including Muslims who reject Wahhabi interpretation. Isis, al-Qaeda and the Taliban are the principal foreign adherents to this creed outside Saudi Arabia and Qatar.

The Saudis, needless to say, repeatedly insist that they are against all terrorism. Their reaction to the Grozny declaration has been astonishing. “The world is getting ready to burn us,” Adil Al-Kalbani announced. And as Imam of the King Khaled Bin Abdulaziz mosque in the Saudi capital of Riyadh, he should know.

As Narwani points out, the bad news kept on coming. At the start of the five-day Hajj pilgrimage, the Lebanese daily al-Akhbar published online a database which it said came from the Saudi ministry of health, claiming that up 90,000 pilgrims from around the world have died visiting the Hajj capital of Mecca over a 14-year period. Although this figure is officially denied, it is believed in Shia Muslim Iran, which has lost hundreds of its citizens on the Hajj. Among them was Ghazanfar Roknabadi, a former ambassador and intelligence officer in Lebanon. Iran’s supreme leader, Ali Khamenei, has just launched an unprecedented attack on the Saudis, accusing them of murder. “The heartless and murderous Saudis locked up the injured with the dead in containers…” he said in his own Hajj message.

A Saudi official said Khameni’s accusations reflected a “new low”. Abdulmohsen Alyas, the Saudi undersecretary for international communications, said they were “unfounded, but also timed to only serve their unethical failing propaganda”.

Yet the Iranians have boycotted the Hajj this year (not surprisingly, one might add) after claiming that they have not received Saudi assurances of basic security for pilgrims. According to Khamenei, Saudi rulers “have plunged the world of Islam into civil wars”.

However exaggerated his words, one thing is clear: for the first time, ever, the Saudis have been assaulted by both Sunni and Shia leaders at almost the same time.

The presence in Grozny of Grand Imam al-Tayeb of Egypt was particularly infuriating for the Saudis who have poured millions of dollars into the Egyptian economy since Brigadier-General-President al-Sissi staged his doleful military coup more than three years ago.

What, the Saudis must be asking themselves, has happened to the fawning leaders who would normally grovel to the Kingdom?

“In 2010, Saudi Arabia was crossing borders peacefully as a power-broker, working with Iran, Syria, Turkey, Qatar and others to troubleshoot in regional hotspots,” Narwani writes. “By 2016, it had buried two kings, shrugged off a measured approach to foreign policy, embraced ‘takfiri’ madness and emptied its coffers.” A “takfiri” is a Sunni who accuses another Muslim (or Christian or Jew) of apostasy.

Kuwait, Libya, Jordan and Sudan were present in Grozny, along with – you guessed it – Ahmed Hassoun, the grand mufti of Syria and a loyal Assad man. Intriguingly, Abu Dhabi played no official role, although its policy of “deradicalisation” is well known throughout the Arab world.

But there are close links between President (and dictator) Ramzan Kadyrov of Chechenya, the official host of the recent conference, and Mohamed Ben Zayed al-Nahyan, the Abu Dhabi Crown Prince. The conference itself was opened by Putin, which shows what he thinks of the Saudis – although, typically, none of the Sunni delegates asked him to stop bombing Syria. But since the very meeting occurred against the backcloth of Isis and its possible defeat, they wouldn’t, would they?

That Chechenya, a country of monstrous bloodletting by Russia and its own Wahhabi rebels, should have been chosen as a venue for such a remarkable conclave was an irony which could not have been lost on the delegates. But the real questions they were discussing must have been equally apparent.

Who are the real representatives of Sunni Muslims if the Saudis are to be shoved aside? And what is the future of Saudi Arabia? Of such questions are revolutions made.