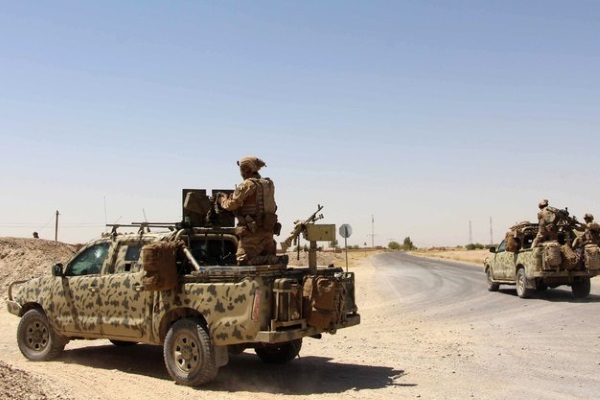 ISLAMABAD – Afghan officials say they have repulsed a major Taliban assault on the capital of central Uruzgan province, adding that a “house-to-house” search has been launched to clear it of any remaining insurgents.

Taliban insurgents had fought their way into the besieged city of Tarin Kot on Thursday morning, triggering fierce battles with Afghan security forces, according to local authorities and insurgents.

The Taliban made some advances, but Afghan forces swiftly pushed them back in a counteroffensive, General Mohammad Ramdish of the Defense Ministry in Kabul told VOA.

“A house-to-house search operation is currently underway to clear the city of remaining insurgents,” the general said. He added that “a number of police commanders” suspected of helping Taliban assailants had been taken into custody.

The rebels have not commented on the official claims.

Earlier, a spokesman for the Taliban claimed its fighters captured large parts of the provincial capital and were engaged in pitched battles with Afghan forces.

Provincial officials said they were unable to call in airstrikes to halt the insurgent advances, fearing collateral damage because Taliban assailants had occupied civilian areas of the city.

“We are aware of the media reports surrounding the current fighting in Uruzgan,” Colonel Michael Lawhorn, a spokesman for the NATO’s Resolute Support mission in Kabul, told VOA.

“Resolute Support continues to conduct our train, advise and assist mission and support our Afghan partners with enablers as needed,” he said. “As this is an ongoing operation, we’re not able to provide additional details at this time.”

The Taliban earlier this week launched coordinated attacks on Tarin Kot, and overran key security outposts before entering the city early on Thursday.

Taliban fighters from surrounding Helmand and Kandahar provinces arrived in large numbers overnight to push for the control of the city, outnumbering government forces there, according to local media.

No reliable casualty reports were available immediately, though both sides claimed to have inflicted heavy losses.

Afghan forces, assisted by American advisers from Resolute Support, have mostly focused this year on defending urban centers in Helmand and several northern provinces, including Kunduz, where the Taliban has launched frequent assaults and made significant territorial gains.

The commander of U.S. and NATO forces in Afghanistan, General John Nicholson, revealed last week that in July alone more than 900 Afghan soldiers and policemen were killed while battling the Taliban insurgency.

In the wake of intensified conflict and mounting pressures on Afghan refugees in neighboring Pakistan, more than 1 million people in Afghanistan are anticipated to be on the move by the end of this year, according to the United Nations. An estimated 1.2 million people already have been displaced from their homes.

“If the current trends persist and the security situation continues to remain the same or worsen, the new arrivals will likely compound the already overstretched housing and essential services capacity in many of the main urban centers,” the U.N. office in Kabul reported.