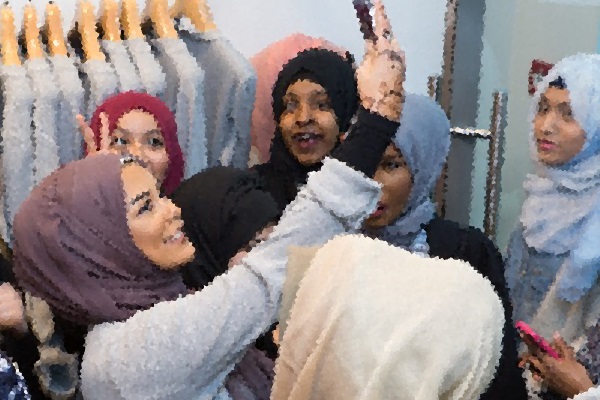 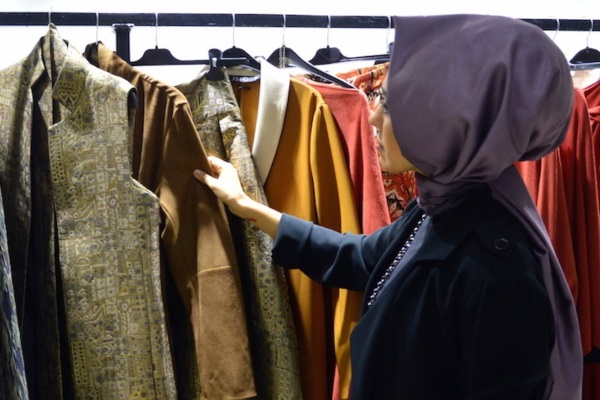 Muslims spend on clothing globally is set to more than double to $484bn between 2015 and 2019. How can fashion retailers and brands ensure they are catering for this market?

Tap the phrase #modestfashion into Instagram and instantly hundreds of thousands of tagged photos flick on to the screen, fashion inspiration in the form of maxi-dresses, jumpsuits, headscarves, hijabs and abayas, posted by women around the world who are reinventing the meaning of modest fashion. Social media is abuzz with the modest movement, and there is a thriving demand for fashionable modestwear, driven by young and mainly Muslim consumers.

This summer on the beaches of Cannes, Nice and other French cities, women were banned from wearing “burkinis” – loose-fitting full-covering bodysuits – instead of conventional swimsuits, again placing the fashion choices of Muslim women under public scrutiny.

Yet aside from the politicised debates, the modest fashion economy is booming, dominated by the global Muslim population, but also serving the orthodox Jewish and Christian communities.

A generation of young, faith- and fashion-conscious shoppers is driving a surge in demand, both globally and in the UK, for on-trend, modest clothing. While the market may be growing, the potential for fashion retailers to cater to this consumer in the UK remains largely untapped.

The worldwide Muslim spend on clothing will more than double to $484bn (£367bn) by 2019, up from $230bn (£174.4bn) in 2015, a Reuters and Dinar Standard report predicts. The Muslim Council of Britain estimates that British Muslim spending power currently sits at £20.5bn. At the 2011 census there were almost 3 million Muslims living in the UK, and research agency Stylus, reports that one in eight Londoners now identifies as Muslim. As many of the women in this community choose modest dressing, fashion retailers are seeking to attract the Muslim pound.

Muslim spending power is obvious is other sectors. During Ramadan in the UK Tesco expects an average 70% sales uplift on targeted promotional items, representing a £30m sales boost. Brands such as Mango, Monsoon and DKNY have already sought to capture this spending power, launching Ramadan edits and collections of modest clothing.

“Over the past couple of years brands have started to see this as a new consumer,” says Reina Lewis, professor of cultural studies at London College of Fashion: UAL and author of the book Muslim Fashion: Contemporary Style Cultures. “Muslims were constructed as a consumer segment, first in relation to finance, then in relation to food and now its fashion.”

The modest fashion spend in the UK largely comes from young Muslims. Shelina Janmohamed, vice-president of Islam-focused marketing agency Ogilvy Noor, and author of Generation M: Young Muslims Changing the World, believes this consumer necessitates a different approach from brands: “For this group, faith is core to their identity, and they want to feel brands are engaging with them to understand who they are and why their faith is important to them.

“For young Muslim women in particular, wearing modest clothing is their way of expressing their faith. But they want to be fashionable, like all their peers around them.”

“There has always been a demand that has not been catered for by mainstream retailers,” says Aab commercial directorAltaf Alim. “High street retailers follow the catwalks, which sometimes isn’t fitting the modest style. What we do is take trends and interpret them with a modest silhouette.”

The brand began online in 2007, but has since opened two physical stores, at East Shopping Centre in east London, and one at The Broadway in Bradford, which Alim describes as Aab’s “northern flagship”. Aab reported double-digit sales growth year on year – although Alim declined to give figures – and the brand was named the 14th most popular Muslimecommerce business globally by Reuters. UK-based retailers Inayah and Pearl Daisy also featured on the list.

“Often brands are starting out with marketing initiatives,” says Lewis. “They’re not new clothes but they’re marketing them for Ramadan – using Ramadan as ‘the new Christmas’.”

Some retailers are expanding from modest collections during Ramadan to trans-seasonal collections. Uniqlo first partnered with UK-based Muslim designer Hana Tajima for spring 2015 with a modestwear collection, which launched in the UK for spring 2016.

Emily Gordon-Smith, head of fashion at Stylus, sees this as an important step for modest fashion in the UK: “Uniqlo is interesting because they’re using year round perspective as opposed to it just being seasonal. That’s an exciting move specifically catering to the modest-dressing community as a whole.”

House of Fraser is similarly adopting a year-round approach to the modest market, and in April 2015 began to stockburkinis and sports hijabs from modest-sportswear brand Shorso online. A spokesman for House of Fraser said the lines were “part of House of Fraser’s strategy to provide a wide choice of products to reflect the needs of our diverse customer base”.

Nevertheless, mainstream brands and retailers targeting Muslim shoppers must beware of taking a superficial approach. Alia Khan, chairwoman for the Islamic Fashion and Design Council, which provides consultation and support to brands targeting the modest and Muslim market, stresses that brands entering the modest market must have a full understanding of consumers and their religious principles.

“You have big names like Dolce & Gabbana, Valentino and Prada dabbling in this market but then you see very mixed reviews, which boils down to them showing they don’t really understand and maybe they haven’t done due diligence,” she argues. “They may come up with a dress of the right length but it could be see-through in the light or have the wrong sleeve length. Designers have to be extremely mindful of things like that because it’s a lot more important to this market than it would be to the mainstream consumer.”

Janmohamed agrees, and insists the way to engage this consumer is by understanding their motivations: “We need to help brands to deepen their understanding of what it means to live a Muslim lifestyle, what beauty means to these Muslim women, what they want to express about themselves. There is this feeling, as shown by a lot of things in the press, that fashion is not something that can go hand in hand with faith, but these women are saying exactly the opposite.”

In addition to understanding the consumer, retailers and brands can also curate selections to cater for the modest market.

Lewis notes that retailers could appeal to the market simply by highlighting existing products: “Women who dress modestly are incredibly good at spotting potential in trends. You can make quite subtle clues and it can make consumers feel recognised.”

As the Muslim population is set to increase to 29% of the global total by 2030, modest fashion is on an upwards trajectory. The potential gain for fashion retailers relies on understanding a complex, conscious consumer and catering to their specific needs.

“The market is only going to get stronger and more sophisticated,” says the Islamic Fashion and Design Council’s Khan. “There are some really exciting players in this game, and things will become more and more exciting as we see them develop their work.”

The power of the Muslim pound