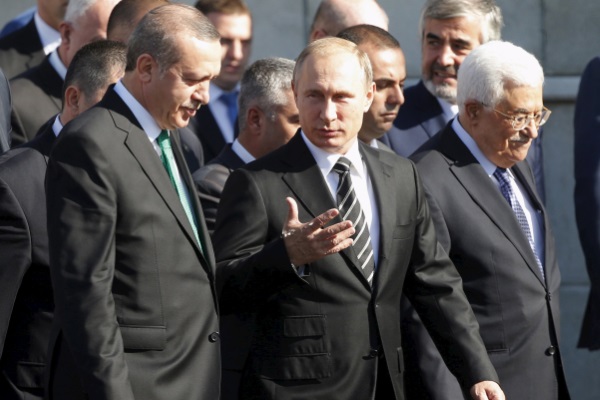 After getting involved in the Syrian civil war, Russia now signals it wants to become a Middle East pacemaker. President Vladimir Putin has offered to host a face-to-face meeting between Israeli Prime Minister Benjamin Netanyahu and Palestinian President Mahmoud Abbas in Moscow. Both leaders claim they are ready to continue the dialogue, but they accuse each other of stalling.

“We are very thankful that Mahmoud Abbas accepted in principle the Russian initiative proposed by President Putin. We will continue our efforts, discussions and contacts with the two parties about the form, contents and dates of the meeting,” said Bogdanov.

Abbas, who was visiting Poland on Tuesday, responded that he is ready for such a meeting.

Netanyahu said the meeting cannot take place because of the conditions imposed by the Palestinians, something Abbas denies.

“Only yesterday (Monday), Palestinian spokesmen conveyed that they are ready to meet, but there are conditions – releasing prisoners, they want to know what the results of the talks will be. If Mahmoud Abbas is ready to meet, without preconditions, for direct talks, I am ready at any time,” said Netanyahu.

Netanyahu Tuesday was in the Hague, where angry protesters condemned his treatment of the Palestinians, especially the blockade of Gaza. The Israeli leader was in the Netherlands to discuss the Dutch government’s help in improving water and energy supplies to the Palestinian coastal strip.

“We have no battle, no qualms with the people of Gaza, only with the band of terrorist thugs who’ve taken them blackmail. So we fight the terrorists, but we want to help the population, and the first step is to improve the supply of energy and water to Gaza, including laying a gas pipeline,” said Netanyahu.

Decades of U.S.-mediated Middle East peace efforts have failed to bring lasting peace between the Israelis and the Palestinians.