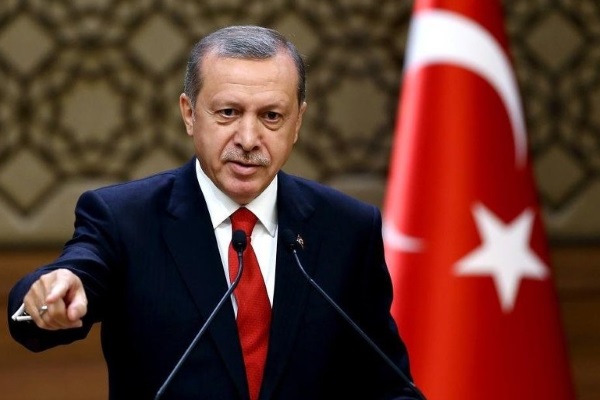 For at least two years, Turkey’s Recep Tayyip Erdogan has been pushing to set up “safe zones” in northern Syria. This week, as Turkish tanks, warplanes and special forces commandeered Syrian territory, the Ankara government seems at last to be fulfilling this objective.

Not only that, but the Turkish president managed to get Washington onboard, while appearing to circumnavigate any obstacles that Russia or its Syrian ally might have been expected to mount in opposition to such an unprecedented intervention.

US warplanes provided air cover as Ankara-backed Syrian militants took over the border town of Jarablus from ISIS. US Vice President Joe Biden in Ankara on the first day of the assault vowed Washington’s full support to Operation Euphrates Shield. Erdogan said that the operation had a two-prong aim of “cleansing” the border area of ISIS terrorists as well as pushing anti-ISIS Kurdish fighters back east across the Euphrates to their stronghold in northeastern Syria. The Kurdish militia mainly comprising the People’s Protection Units (YPG), also referred to as Syrian Democratic Forces (SDF), have up to now been supported by Washington. American patronage seemed to be in doubt this week, as Biden issued a stern warning that US support would be terminated if the Kurds did not retreat eastwards.

Russia and the Syrian government in Damascus were not passively watching the unfolding events. The Russian foreign ministry stated that it was “very concerned” by Turkey’s military escalation. The Syrian authorities went further and condemned the cross-border deployment was a “flagrant violation of sovereignty”.

Russia and Syria have every right to be alarmed. Despite Erdogan’s rhetoric claiming that the retaking of Jarablus was “to defeat terrorists” and “to protect the territorial integrity of Syria”, the inescapable fact is that Turkish forces with US support have installed their proxy militants in control of a Syrian town and surrounding territory. Turkey says that it wants to establish a “safe zone” along the Syrian side of the border stretching 100 kilometers and 30 kilometers deep. It is not clear if the Turkish military will stay on Syrian territory to enforce this zone. They might withdraw and designate the task to Ankara-backed Syrian militants comprising the so-called Free Syrian Army and Turkmen fighters. These militants are supposedly in opposition to ISIS jihadists, but their primary objective is to wage war against the Syrian government of President Bashar Assad and his foreign allies – Russia, Iran and Hezbollah.

The carving out this week of a safe zone around Jarablus by Turkish and American military has to also be coupled with the declaration by the Pentagon last week warning that its warplanes would shoot down any Syrian or Russian aircraft approaching the more easterly town of Hasakah, where US special forces are said to be fielded. Taken together, this is tantamount to the setting up of two US, Turkish-controlled “safe zones” over the past week.

That is a dramatic development in the nearly six-year Syrian conflict, whereby foreign forces are now actively commandeering swathes of Syria’s territory without any legal mandate. One may well ask: how did it come to this? Where Turkish and American military – both NATO members – are conducting combat operations on the ground and in the air on Syrian territory. And moreover these foreign forces are assigning what are in effect no-go areas to the Syrian government and its Russian allies. A Reuters report gives this context to the US-Turkish operation: “A Turkish official said the ground incursion had been in the works for more than two years but had been delayed by US reservations, resistance from some Turkish commanders, and a stand-off with Russia which had made air cover impossible.”

The stand-off with Russia refers to the deadly shooting down of a Russian warplane last November by Turkish F-16s over Syrian territory. Due to Moscow’s anger over that “stab in the back”, as President Putin called it at the time, Turkish warplanes had not dared enter Syrian territory since then.

This week’s incursion was the first time since November that Turkish aircraft had crossed into Syrian territory. The Reuters report added: “Turkey had made the case more strongly to Washington over the past few months, had patched up relations with Russia, and had removed some of the Turkish commanders from their posts after finding they were involved in the coup attempt, paving the way for the operation to go ahead, the [Turkish] official said.” This raises the testing question: is wily Erdogan playing both the Americans and Russians to pull off what has been Ankara’s long-held objective, namely to set up “safe zones” inside Syria?

Following the failed coup in Turkey on July 15, Erdogan surprised many analysts by offering a sudden rapprochement with Moscow, while also playing up accusations against Washington that it may have had some hand in the coup attempt. In a seeming stand-off with his American ally, Erdogan also began seeking a rapprochement with Iran and even issued overtures for a detente with the Syrian government after years of labelling President Assad a “butcher” who had to surrender power.

In recent weeks, Erdogan has called for a new “anti-terror front” involving Russia and Iran, as well as the US. Russia and Iran appeared to welcome Turkey’s seeming change of priorities, away from pushing regime change in Syria and instead focussing on combatting terrorist brigades. Last week’s bombing atrocity in Turkey’s southern city of Gaziantep in which 54 people were killed allegedly by jihadists was invoked by Ankara as a tipping point for its military action in Syria this week. Again, that sequence tends to bolster Erdogan’s claim of taking on the terrorists. Given Washington’s back foot over Erdogan’s insinuations that it had somehow colluded in the failed coup, and given the Turkish president’s conciliatory overtures to Moscow, Tehran and Damascus, it would appear that Ankara is capitalizing on the geopolitical flux in order to prosecute its abiding interests in Syria – to carve out territories that it or its proxies can control. In short, Erdogan is trying to blindside all the players. The next question is: what is Ankara seeking to gain?

The notion that Erdogan is serious about defeating terrorism in Syria has to be taken with a pinch of salt. His regime and Turkish military intelligence have been crucial sponsors and facilitators for a myriad of terrorist militias, including the so-called Free Syrian Army, Turkmen and the more overtly Al Qaeda-linked jihadists. They are all part of the covert war for regime change in Syria that Turkey has fomented since 2011 along with the US, Britain, France and regional partners like Saudi Arabia, Qatar and Israel.

The jihadists displaced this week from Jarablus, like the brigades displaced earlier this month from Manbij, seem to have disappeared. But to where? The bigger picture here is that Syrian, Russian, Iranian and Hezbollah forces have over the past year inflicted massive defeats on the foreign-backed regime-change proxies. The momentous battle underway in Aleppo is a harbinger of a terminal defeat for the regime-change covert war. For Turkey, setting up safe havens north of Aleppo is a vital way to regroup and retool the jihadist mercenaries. Which tends to give the real meaning to this “operation shield”.