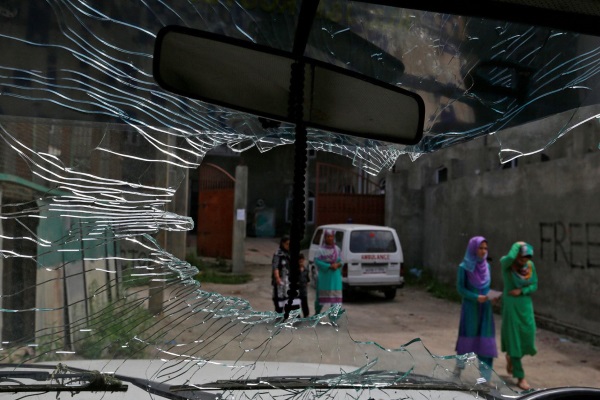 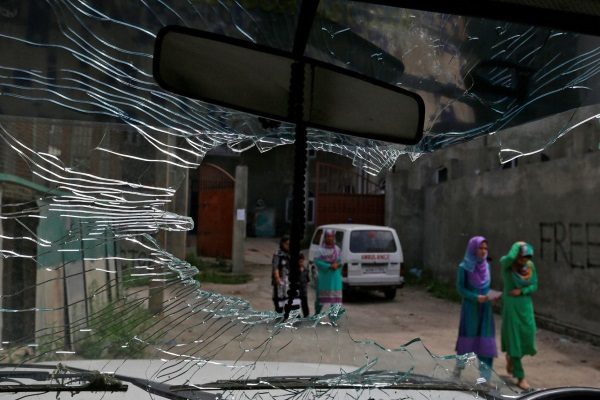 The furious protests that erupted in Indian-administered Kashmir on July 8 are a poignant reminder that popular sentiment cannot be ignored merely because it does not fit in with the nationalist narrative of an unrepresentative government.

That is especially true where popular sentiment is grounded in the cause of a unique identity.

In the absence of legitimate political forums, such sentiment foments unrest which builds until circumstances provide a martyr such as Burhan Wani, the young rebel whose killing by Indian security forces has ignited the protests in Kashmir.

Often, such protest movements are acts of desperation without a chance of success, so they ebb and flow in cycles linked with angry violence and inconclusive attempts at political engagement.

The outcome is more violence between armed occupiers and young activists who become increasingly militant over time.

Unsurprisingly, the emergent generation of stone-pelting young Kashmiris identify with their Palestinian counterparts and are calling the new wave of protests an “Intifada”.

Another similarity is that the situation in Kashmir is a mess created by departing Western colonialists.

In drawing up the map for the division of the Indian Subcontinent in 1947, the British viewed Kashmir entirely through the spectacles of recent history.

The Sikh king, Maharaja Ranjit Singh, had conquered Kashmir in the early 19th century and the British seized it from his successors.

In the couple of millennia before that, Kashmir was mostly a participant in the struggles for power between China, Tibet and various Muslim empires based in Central Asia.

It was both influential and coveted because it controlled a handful of barely traversable passes in the Himalayan and Karakorum mountain ranges through which Silk Road trade was conducted between China and India.

Those linkages are what sparked British colonial interest in Kashmir in the 19th century.

In consolidating its power in India, the colonial regime was mindful of the southward expansion of tsarist Russia into Central Asia and “sold” the territory in 1846 to Gulab Singh, a ranking turncoat from Ranjit Singh’s court.

The Dogra dynasty he established was cruel and greedy in the extreme, prompting the southward migration of many Kashmiri families into the neighbouring state of Punjab, where there was an abundance of work and business opportunities, as well as protection from persecution, ironically, because it was directly governed by the British.

Their numbers swelled in the lead up to the 1947 partition of the Subcontinent as the last of the Dogras, Hari Singh, ruthlessly prevented attempts by Kashmir’s Muslim majority to have a say in their future.

Since then, Kashmir has become a ping-pong ball in the rivalry between India and Pakistan. The latter ceded part of the territory to China in 1962 to secure an alliance against India.

Three localised conflicts and a full-fledged war later, however, a trilateral initiative between 2004 and 2007 involving India, Pakistan and Kashmiri separatists demonstrated that the issue is eminently resolvable.

Pakistan’s military ruler General Pervez Musharraf acknowledged that no lasting progress could be made if Kashmir was addressed solely as a bilateral territorial dispute.

Under the Composite Dialogue Process, the diplomatic status of Kashmir took a back seat to the immediate priority of taking practical measures that gave the people there reason for optimism.

The chosen method was the dismantling of barriers between Kashmiris, for whom it became possible to travel and trade across the Line of Control, which roughly divides the state into Indian and Pakistani-administered halves.

According to Khurshid Kasuri, the foreign minister of Musharraf’s regime, by 2006 India and Pakistan had agreed in principle to sign a series of agreements resolving their long-standing territorial disputes.

Those signings were to have led to an agreement on the joint administration of Kashmir by India and Pakistan, under which both would withdraw their military forces from the region, setting up final status talks.

Sadly, the process fell victim to India’s electoral cycle and the fall of the Musharraf regime in Pakistan.

Its remnants were buried under the carnage perpetrated upon Mumbai in November 2008 by militants of the Lashkar-i-Taiba, a Pakistan-based terrorist group that misrepresents itself as an army of popular resistance to the Indian occupation of Kashmir.

To many in Kashmir, the sentiment driving the ongoing protests is reminiscent of the dark mood seen there in 1989, when the last popular uprising began.

India responded with a brutal crackdown in which all manner of human rights atrocities were rife.

The struggle became increasingly violent and radicalised because of the influx of thousands of Pakistan-based militants, many of them led by mujahideen veterans from the successful resistance to the Soviet occupation of Afghanistan.

Indeed, the casualty toll in Kashmir came to rival that of Afghanistan by the time Musharraf, under severe US pressure, reined in the militants in 2003.

As always, history is instructive. If India continues to treat Kashmiri sentiment with violent disdain and Pakistan reverts to its policy of exploiting the situation, both may find that the space in between is filled by non-state actors who specialise in turning political violence into chaos.

Tom Hussain is a journalist and Pakistan affairs analyst based in Islamabad.