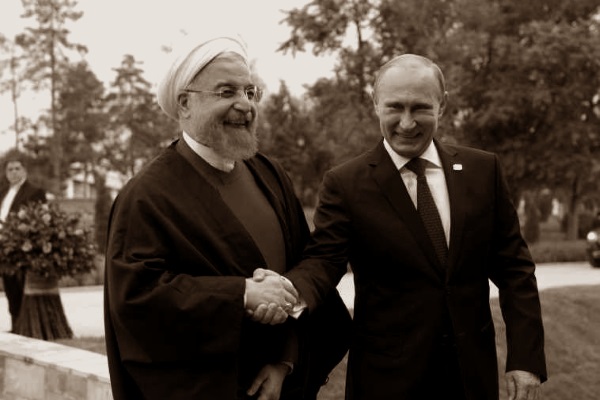 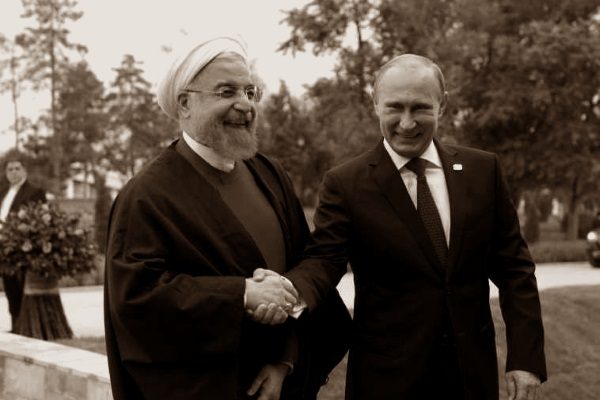 The Shias are winning. Two pictures prove it. The US-Iranian photo op that followed the signing of the nuclear deal with Iran last year and the footage just released – by the Russian defence ministry, no less – showing Moscow’s Tupolev Tu-22M3 bombers flying out of the Iranian air base at Hamadan and bombing the enemies of Shia Iran and of the Shia (Alawite) regime of Syria and of the Shia Hezbollah.

And what can the Sunni Kingdom of Saudi Arabia match against this? Only its wretched war to kill the miserable Shia Houthis of Yemen – with British arms.

Poor, luckless Turkey — whose Sultan Erdogan makes Theresa May’s political U-turns look like a straight path – is at the centre of this realignment. Having shot down a Russian jet and lost much of his Russian tourist trade, the Turkish president was quickly off to St Petersburg to proclaim his undying friendship for Tsar Vladimir. The price? An offer from Erdogan to stage Russian-Turkish “joint operations” against the Sunni enemies of Bashar al-Assad of Syria. Turkey is now in the odd position of assisting US jets to bomb Isis while ready to help Russian jets do exactly the same.

And Jabhat al-Nusrah? Let’s remember the story so far. Al-Qaeda, the creature of the almost forgotten Osama bin Laden, sprang up in both Iraq and Syria where it changed its name to the Nusrah Front and then, just a few days ago, to “Fatah al-Sham”. Sometimes allied to Isis, sometimes at war with Isis, the Qatari-funded legion is now the pre-eminent guerrilla army in Syria – far eclipsing the black-costumed lads of Raqqa whose gruesome head-chopping videos have awed the West in direct proportion to their military defeats. We are still obsessed with Isis and its genocidal creed. We are not paying nearly enough attention to Nusrah.

But the Russians are. That’s why they are sprinkling their bombs across eastern Aleppo and Idlib province. Nusrah forces hold almost all the rebel areas of Syria’s second city and much of the province. It was Nusrah that fought back against its own encirclement by the Syrian regime in Aleppo. The regime kicked Isis out of Palmyra in a short and bloody battle in which Syrian soldiers, most of whom are in fact Sunnis, died by the dozen after stepping on hidden land mines.

But Nusrah is a more powerful enemy, partly because it has more Syrians among its ranks than Isis. It’s one thing to be told that your country is to be ‘liberated’ by a Sunni Syrian outfit, quite another to be instructed by the purists of Isis that your future is in the hands of Sunni Chechens, Pakistanis, Iraqis, Saudis, Qataris, Egyptians, Turks, Frenchmen, Belgians, Kosovars and British. Isis has Sunni Saudi interests (and money) behind it. Nusrah has Sunni Qatar.

As for Turkey – Sunni as well, of course, but not Arab – it’s now being squeezed between giants, the fate of all arms smuggling nations as Pakistan learned to its cost. Not only has it been pushed into joining Moscow as well as the US in waging war on Isis, it’s being politically attacked from within Germany, where a leaked state intelligence summary – part of a reply to a parliamentary question by the interior ministry – speaks of Turkey as a “central platform for Islamist and other terrorist organisations”. State interior secretary Ole Schroder’s remarks, understandably stamped “confidential”, are flawed since he lumps Erdogan’s support for the Egyptian Muslim Brotherhood and Hamas with armed Islamist groups in Syria.

The Sunni Brotherhood, prior to its savaging by Egypt’s President-Field Marshal al-Sissi, did indeed give verbal approval to Assad’s Sunni armed opponents in Syria, and Sunni Hamas operatives in Gaza must have cooperated with Isis in its struggle against Sissi’s army in Sinai. But to suggest that Turkey is in some way organising this odd triumvirate is going too far. To claim that “the countless expressions of solidarity and supportive actions of the ruling AKP (Justice and Development Party) and President Erdogan” for the three “underline their ideological [affinity] to their Muslim brothers” is going too far. “Ideological affinity” should not provide a building block for intelligence reports, but the damage was done. In the report, the Turkish president’s name was written ERDOGAN, in full capital letters.

Someone in the German intelligence service – which regularly acts as a negotiator between Israel and the Shia Hezbollah in Lebanon, usually to exchange bodies between the two sides – obviously decided that its erring Sunni NATO partner in Ankara should get fingered in the infamous “war on terror” in which we are all supposed to be participants. So Erdogan offers help to Russia in the anti-Isis war, continues to give the US airbases in Turkey – and gets dissed by the German federal interior ministry, all at the same time. And the only Muslim state in Nato, which just happens to be Sunni Muslim, is now being wrapped up in the Sunni-Shia war. What future Turkey?

Well, we better not write it off. Just as Erdogan has become pals with Putin, the Turkish and Iranian foreign ministers have been embracing in Ankara with many a promise that their own talks will produce new alliances. Russia-Turkey-Iran. In the Middle East, it’s widely believed that Tehran as well as Moscow tipped Erdogan off about the impending coup. And Erdogan himself has spoken of his emotion when Putin called after the coup was crushed to express his support.

The mortar to build this triple alliance could well turn out to be the Kurds. Neither Russia nor Iran want independent Kurdish states – Putin doesn’t like small minorities in nation-states and Iran’s unity depends on the compliance of its own Kurdish people. Neither are going to protect the Kurds of Syria – loyal foot-soldiers of the Americans right now – in a “new” Syria. Erdogan wants to see them crushed along with the dreams of a “Kurdistan” in south-east Turkey.

Any restored Syrian state will insist on national unity. When Assad praised the Kurds of Kobane for their resistance at the start of the war, he called their town by its Arab name of Ein al-Arab.

It is, of course, a paradox to talk of the Middle East’s agony as part of an inter-Muslim war when one side talks of its enemies as terrorists and the other calls its antagonists apostates. Arab Muslims do not deserve to have their religious division held out by Westerners as a cause of war.

But Saudis and Qataris have a lot to answer for. It is they who are supporting the insurgents in Syria. Syria – dictatorial regime though it is – is not supporting any revolutions in Riyadh or Doha. The Sunni Gulf Arabs gave their backing to the Sunni Taliban in Afghanistan, just as they favour Sunni Isis and Sunni Nusrah in Syria. Russia and America are aligned against both and growing closer in their own weird cooperation. And for the first time in history, the Shia Iranians have both the Russians and the Americans on their side – and Turkey tagging along.