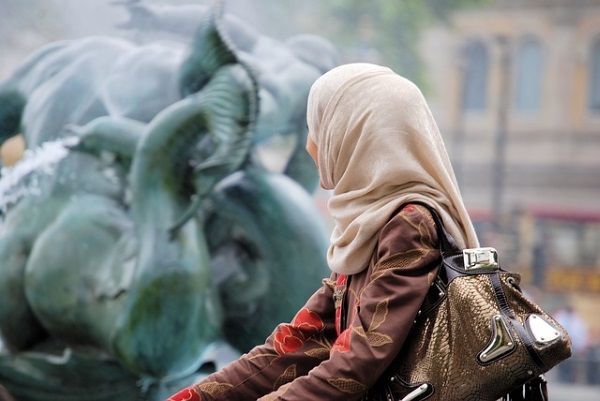 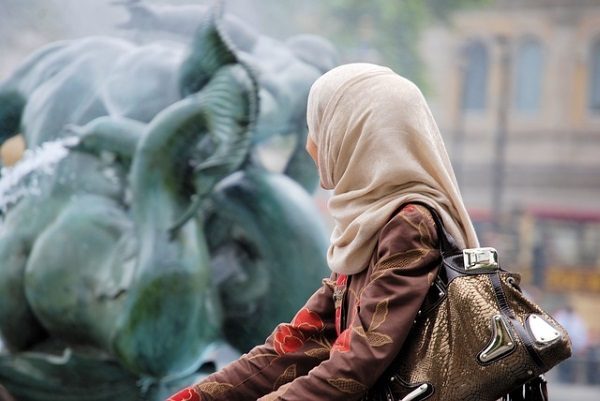 By: Asma Arshad (with minor edits for clarity and accuracy)

The word Hijab is taken from the Arabic word “Hajaba” which means to hide or to conceal. Hijab normally refers to the headscarf or distinct dress of Muslim women (even though it can also refer to the modest dress and manner of a Muslim man). Today we see many non-Muslim and Muslim women asking, “Why do Muslim Women wear Hijab?”

The simple answer to this is that Muslim women are commanded by Allah, Most High, to cover/veil their head and wear Hijab. Covering the beauty for a woman is for her honor and protection rather than suppression. The importance and virtues of Hijab can be understood from Quranic verses. Hijab or the covering of Muslim women are mentioned in Quran clearly.

Verses of Holy Quran on Hijab:

Here are a few verses from the Quran about Hijab:

“O Prophet! Tell your wives and your daughters and the women of the believers to draw their cloaks (veils) all over their bodies (i.e. screen themselves completely). That will be better, that they should be known (as free respectable women) so as not to be annoyed. And Allah is Ever Oft-Forgiving, Most Merciful.” [al-Ahzab: 59]

This verse clearly indicates that Allah has made Hijab an expression of chastity and modesty. The virtue of wearing Hijab explained in this verse is that Muslim woman will be identified as respectable woman when she wears Hijab or a veil.

“And when you ask (the Prophet’s wives) for anything you want, ask them from behind a screen: that is purer for your hearts and for their hearts.” [al-Ahzab: 53]

The heart may become purer with the Hijab as the sight is blocked and there will be prevention of evil thoughts and actions. Another verse from the Quran sheds light on the importance of Hijab:

“And stay in your houses, and do not display yourselves like that of the times of ignorance, and perform As-Salat (Prayers), and give Zakat and obey Allah and His Messenger. Allah wishes only to remove Ar-Rijs (evil deeds and sins) from you, O members of the family (of the Prophet P.B.U.H), and to purify you with a thorough purification.” [al-Ahzab: 33]

A Muslim women’s voice is also a part of her Hijab. She should speak in an honorable manner as befits an honorable woman as indicated by this verse:

“Be not soft in speech, lest he in whose heart is a disease (of hypocrisy, or evil desire) should be moved with desire, but speak in an honorable manner.” [al-Ahzab: 32]

“O Children of Adam! We have bestowed raiment upon you to cover yourselves (screen your private parts) and as an adornment; and the raiment of righteousness, that is better” [Al-Araf: 26]

This verse of the Quran indicates that Hijab for a Muslim woman (or man for that matter) is to safeguard her body as a manifestation of the order of Allah; rather than showing off her body. It is an act of righteousness (Taqwah) for her or him.

Hijab and veil is not meant for mere restriction rather it is a means in which Muslim society may function in an appropriate manner. Islamic regulations are unique to the highest standards of the chastity, righteousness, and moral uprightness. Islam provides guidance to protect and safeguard individuals and broader society from inappropriate situations. The Messenger of Allah (P.B.U.H) said:

“Verily for every religion there is a characteristic, and the characteristic of Islam is Haya`a (modesty, shyness, bashfulness)” [Ibn Majah]

Make Allah make us among the modest and the righteous.