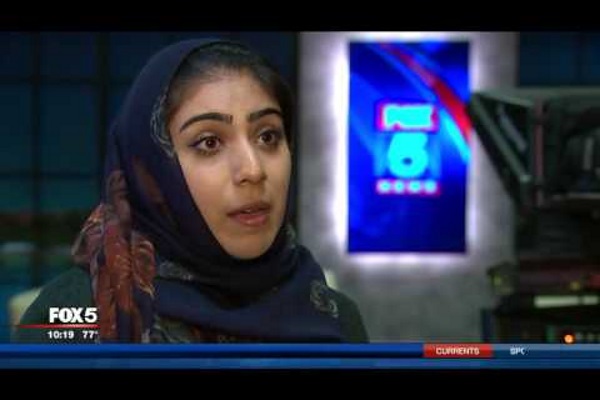 A woman who was hired as a dental assistant in Fairfax County, Virginia said she was fired because she wore a Muslim head scarf to work.

Najaf Khan got a job at Fair Oaks Dental Care, but did not wear her hijab during the interview or the first two days of employment. On the third day she showed up at work wearing a hijab, and the owner, Chuck Joo, told her to remove it in order to maintain a “neutral environment” in the clinic. He also told her it could offend certain patients.

“I was astonished because he had been saying I was doing so well.I received an email the Friday morning saying how much positive enthusiasm I was bringing to the dental office.”

Joo ultimately told her that if she didn’t remove the hijab, she would be fired. “When I said that I would not compromise my religion for that, he held the door open for me and I walked out,” Khan told NBC Washington.

The Council on American-Islamic Relations is asking for Khan to be reinstated and compensated for economic and emotional duress. CAIR released a statement that quoted its spokesperson Ibrahim Hooper:

“No employee should face termination because of his or her faith or religious practices. We call on Fair Oaks Dental Care to reinstate the Muslim employee and to offer her reasonable religious accommodation as mandated by law.”

Michael Arria is an associate editor at AlterNet and the author of Medium Blue: The Politics of MSNBC. Follow @MichaelArria on Twitter.