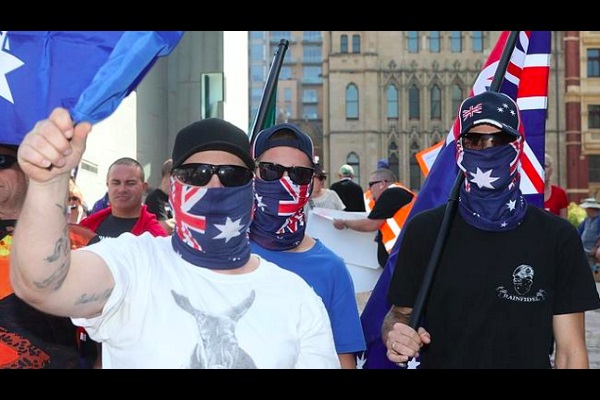 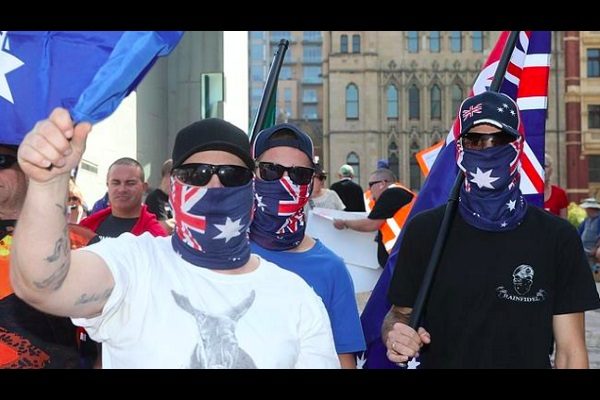 The proliferation of terrorist attacks in the US, Europe, the Middle East, Asia and Africa saturate the media with attention to and analysis of these outrages. From the murder of a Catholic priest in France to the massacre of 80 Hazara people in Kabul, these lead us inexorably to question the origins of such attacks and why these extremists claim Islam as a justification.

Equally, the focus upon the Man Haron Monis inquest as well as emerging details of the Anzac day plot capture our attention in Australia. Without alternative commentary, this leads many of us to equate Islam with terrorism, false as this may be.

But some headlines are now informing us of a “new” risk, with the arrest on terrorism charges of a white “nationalist extremist” from an avowedly right-wing organisation.

A history of foreign fighters and extremist violence

This is true, too, of our history of foreign fighters. They have been every bit as diverse as the multicultural country we live in. Though we argue the relative merits and ethics of particular causes, Australians have travelled to foreign conflicts since before federation.

Australians have been involved in conflicts from the American Civil War and fighting fascism in the Spanish Civil War to more recent examples of individuals fighting for Islamic State and against it. Some have involved themselves in continuing conflicts and causes far from their adopted country of Australia. One example is the Ustaša and their activities against the former Yugoslavia.

While many may applaud involvement in some of these conflicts, a dark side of this has been the continuing presence of far-right-wing neo-Nazi groups in Australia. There has been analysis of why the more mainstream of these groups have achieved recent electoral success – a recent John Safran documentary is particularly good at teasing this out. However, the underside of the far right is more pernicious and potentially more dangerous.

Neo-Nazi members have been guilty of ongoing violence against migrant communities. The bashing of Minh Duong was a particularly significant example of these groups’ commitment to violence.

Don’t neglect radicalisation on the right

Australia has suffered right-wing extremist violence in the past, though none comparable to the Breivik massacre in Norway or the McVeigh bombing in the US. However, the arrest on the weekend should alert us that it is imperative that any consideration of counter-radicalisation should include members of the extreme right.

The arrest follows a disturbing series of vile attacks against the Muslim community around Australia. These range from those random rants of racists abusing Muslims or suspected Muslims on public transport to attacks in which mosques have been set alight and daubed with racist graffiti, coming on occasion very close to causing injury or death.

Those who subscribe to an extremist Islamic narrative may indeed give us cause to fear their actions and the influence of technology-assisted radicalism. Equally, we should fear members of the far right who have access to a poisonous blend of neo-Nazi motivation that is as global and as accessible as their chosen information technology device.

As we urge representatives of the Muslim community to look for solutions to the apparent siren-like attraction of violent extremism for those in disenfranchised communities, so we must also robustly reject the simplistic and unauthentic rhetoric that right-wing parties peddle about Islam.

A good place to begin would be to have those government members who make a noise about the threat of Islamist extremism, such as George Christensen and Cory Bernardi, as well as One Nation’s Pauline Hanson, to set the example and reject right-wing extremism in all its forms.