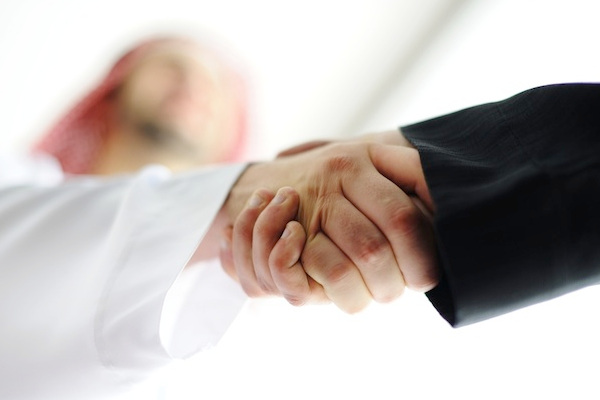 One of the most beautiful things I found in Islam when I first encountered it was the emphasis on good manners. One quote a shaykh once made in a lecture particularly stuck with me: A Muslim is made by manners.

Nowadays something strange is going on in the UK, where I live. The Islamic schools are becoming known for bad manners— not only from students but from teachers as well.

Muslims themselves prefer non-Muslim landlords because at least they’re punctual. The areas in the city that are most dirty are the Muslim areas. What kind of da’wah is this?

There’s clearly something wrong. Why is there such a massive difference between what Allah ‘azza wajal teaches us and what is being reflected in society?

The answer is: manners.

The Prophet salallahu alayhi wa sallam said: “No father can give a child anything better than good manners.” [At-Tirmidhee]

Stop a moment and realize that your manners are one of the main reasons for Allah to enter you into His Gardens of Paradise. Do you know which manners Allah subhanahu wa ta’alaa loves to see in you? Do you want to motivate yourself to master them and to please your Beloved?

In this article you’ll learn about five beautiful practices that can take you to Paradise. It is as Allah says in this week’s central ayah: Allah will say, “This is the Day when the truthful will benefit from their truthfulness.” For them are gardens [in Paradise] beneath which rivers flow, wherein they will abide forever, Allah being pleased with them, and they with Him. That is the great attainment. [Quran, 5:119]

Habits for the Sake of Allah

Why are almost all parents so keen on teaching these among their children’s first words? Because it is fitrah (natural inclination) for parents to want good manners from your children.

So develop your good habits only for the sake of Allah, remembering your relationship with Him and seeking closeness to Him while focusing on your manners.

Where Can We Find the Best Model of Good Character?

How do I know what a good character is? Look at the prophet salallahu ‘alayhi wa sallam. He is the perfect example of good character, Allah says about him: You have indeed in the Messenger of Allah a beautiful pattern (of conduct) for any one whose hope is in Allah and the Final Day, and who engages much in the Praise of Allah. [Quran, 33:21]

Perfection in All You Do

The main attribute of the Prophet’s character was perfection; he strove for perfection in everything he did. When someone would speak to him, he would turn around fully to talk. When he shook hands, he was the last one to let go. When speaking with him, he was never the first to look away. From people who used to bury their own babies alive to the most compassionate, caring persons– he brought out the best in all his companions.
Likewise we should try to perfect anything we do, no matter how small the deed!

1. Be truthful.
Allah tells us in this week’s central ayah that a beautiful reward is awaiting us for our good manners.

Feel it: Speaking the truth is not always easy, especially if it can get you into trouble. But think about this: you’ll feel much better after you’ve told the truth— even if the consequence is blame or punishment— because you did something for the sake of Allah.

Motivate yourself: The Prophet said: Truthfulness leads to righteousness, and righteousness leads to Paradise. And a man keeps on telling the truth until he becomes a truthful person. Falsehood leads to al-fujur [wickedness, evil-doing], and al-fujur leads to the (Hell) Fire, and a man may keep on telling lies till he is written before Allah, a liar. [Al-Bukharee]

2. Keep your promises.
You’re defined by your actions, not your words.

Feel it: We don’t really intend to break promises, yet so many things we promise are not happening. Especially with loved ones we tend to just say things and never do them, because ‘they are family anyway.’ For example promising to help your little sister with her homework. These little things all count in the sight of Allah, so ask yourself this: am I trying hard enough to keep every promise I make to anyone?

3. Be trustworthy.
Scenario: Your friend tells you about a personal problem and asks you not to tell anyone. You meet with another friend and it just all comes out.

Motivate yourself: The Prophets of Allah were all trustworthy people and Allah declared the trustworthiness of those who were doubted by their people, for example Prophet Hud: I but fulfill towards you the duties of my Lord’s mission: I am to you a sincere and trustworthy adviser. [Quran, 7:68] Learn from the prophets and practice daily developing the habit of being trustworthy, not just in some situations. Accept responsibility and then fulfill it. When others trust you, do not betray their trust.

4. Be a sincere adviser.
Do you know you can gain Paradise by the mercy of Allah by helping two people resolve their differences?

Feel it: It’s so easy to just fire up an argument between two people by joining in and saying bad things about the other. But is this honorable? No! One of the best manners is to advice people sincerely and help them to get back together.

Motivate yourself: Allah says: The believers are but a brotherhood. So make reconciliation between your brothers, and have Taqwa of Allah so that you may receive mercy. [Quran, 49:10]

5. Give with a clean heart.
One day you’re walking on the street and you’re stopped by a homeless person asking you for money for food. You either ignore him or her completely and think this person is not “real” or that they won’t really buy food. You might even wonder why this person doesn’t even have a job like the rest of us.

Feel it: Does thinking like this make you feel better? Wouldn’t it feel better to just give something for the sake of Allah and maybe ask him or her to buy food with it? Or buy something to eat and just give this?
Motivate yourself: The lesson is here to never turn away a person who asks your help—this was the character of our beloved Prophet!

His courage can be seen in the way he told the Quraysh about Islam, how he was on the battlefield in the cause of Allah.

You and me are all in need of some level of courage in order to establish our deen in our daily lives!
So here’s a special dua the Prophet made:

Dua for good manners: The Prophet used to say: “Oh Allah, I ask you for good health, chastity, trustworthiness, good manners and to be content with destiny.” [Al-Bukharee]

Dua to seek protection from bad manners: The Prophet used to supplicate: “Oh Allah! I seek refuge in You from reprehensible manners, deeds and whims.” [At-Tirmidhee]