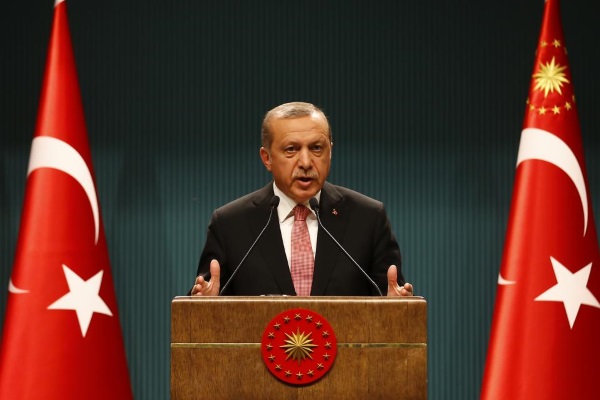 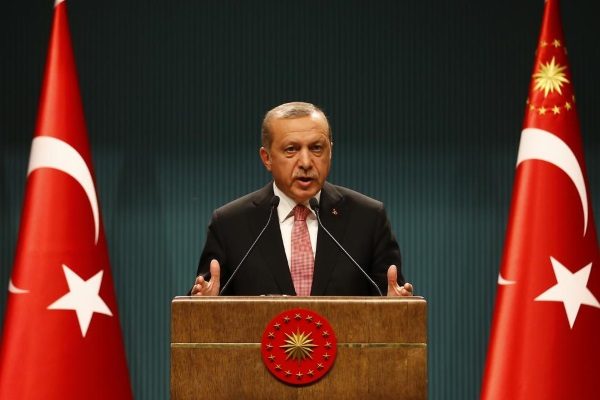 “The aim of the declaration of the state of emergency is to be able to take fast and effective steps against this threat against democracy, the rule of law, and rights and freedoms of our citizens,” Erdogan said on state television after a five-hour cabinet meeting in Ankara.

“This practice is absolutely not against democracy, rule of law and freedom – the opposite. It has the purposes of protecting and strengthening these values,” he said .

Erdogan and his deputies sought to assure the Turkish public there would be no restrictions on press freedom or personal freedom, though the emergency measure gives the government the power to impose curfews, ban news media, ban traffic, bar private gatherings, and conduct searches of private homes, among other things.

“It isn’t martial law of 1990s,” Turkish Deputy Prime Minister Mehmet Simsek wrote on Twitter. “Life of ordinary people and businesses will go un-impacted, uninterrupted, business will be as usual… It won’t be any different from [emergency states] imposed by our European partners.”

Erdogan has said a “cancer virus” within some state institutions led to the coup attempt that left more than 260 people dead and 1,500 injured, and needs to be cleansed.

His government has fired, suspended, or detained nearly 60,000 police, judges, civil servants, and teachers in a massive purge following the failed coup that has stunned world leaders.

Around a third of Turkey’s roughly 360 serving generals have been detained. The Defense Ministry is investigating all military judges and prosecutors, and has suspended 262 of them, broadcaster NTV reported, while 900 police officers in Ankara were also suspended on July 20.

German Foreign Minister Frank-Walter Steinmeier on July 21 urged Turkey to maintain both the rule of law and a sense of proportionality in its response to the coup attempt.

He said only proven involvement in illegal acts, not suspected political leanings, should trigger action by the Turkish government.

Steinmeier also urged Erdogan to restrict the state of emergency to only the truly necessary length of time, and to end the measure as quickly as possible.

In declaring the emergency, Erdogan sought to reassure investors who have been fleeing from Turkish markets since the coup attempt, saying economic reforms would continue.

The lira touched a record low against the dollar on July 20 while the Istanbul stock index has dropped 9.5 percent so far this week, in its worst three-day performance since 2013.

“We will not compromise on financial discipline,” Erdogan said, insisting “there will be no liquidity problem.”

Ratings agency Standard & Poor’s precipitated another downturn in the markets on July 20 by downgrading the nation’s credit rating by one notch, putting it further into junk bond territory. It cited as reasons “the polarization of Turkey’s political landscape” and “eroding institutional checks and balances.”

Erdogan’s state of emergency declaration must be reviewed by the Turkish parliament, which has the power to amend it and is due to meet on July 21. The legislative body is dominated by Erdogan’s Justice and Development Party.

The last state of emergency in Turkey was lifted in 2002 in two southeastern provinces.

The education system has been notably hard hit in the crackdown since the aborted coup. The education ministry on July 20 added another 6,538 to the list of 15,200 school employees suspended, state media reported.

The government also started proceedings to close down 626 educational institutions, including 524 private schools. In addition, 21,000 teachers at private institutions have had their licenses revoked and 1,577 university deans have resigned.

Turkish academics were instructed not to travel abroad on assignments on July 20, while those abroad were told to return, barring exceptional circumstances.

Many of the thousands targeted by the government are followers of Fethullah Gulen, an Islamic cleric living in self-imposed exile in the United States, who Erdogan blames for the coup attempt though he was a one-time ally. Gulen, 75, denies involvement.

Erdogan has demanded that the United States hand over Gulen. U.S. Secretary of State John Kerry has said he will consider Turkey’s extradition request but it must be based on evidence he did something illegal.

Kerry said on July 20 that no one at the State Department has had contact with Gulen, whose religious movement supports thousands of schools around the world and blends conservative Islamic values with a pro-Western outlook.

Erdogan told Al Jazeera on July 20 that he would not link the extradition request to U.S. use of Turkey’s Incirlik airbase, which the United States has been using as a base in its fight against the Islamic State in neighboring Syria.

“Relations between our countries are based on interests, not feelings. We are strategic partners,” Erdogan said.

Turkey’s pro-government leaders and protesters have called for the death penalty for coup plotters. Erdogan said on July 20 that if parliament passed a law reinstating capital punishment, he would approve it even though this could be the death knell of Ankara’s bid to join the European Union.

Erdogan seemed disdainful of the advice he has received from Western leaders urging him to show restraint. He told French Foreign Minister Jean-Marc Ayrault “to mind his own business” in his Al-Jazeera interview.

With reporting by Reuters, dpa, and AFP