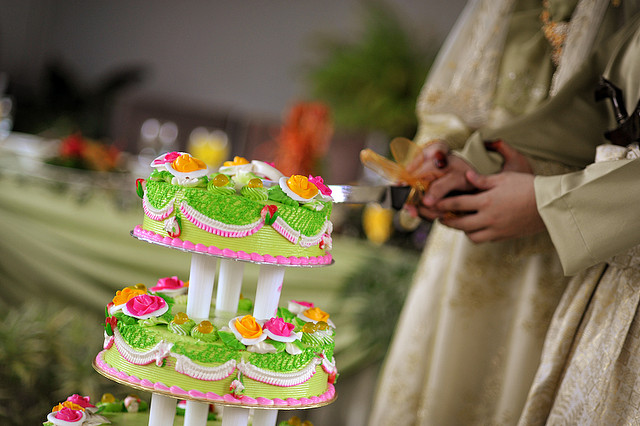 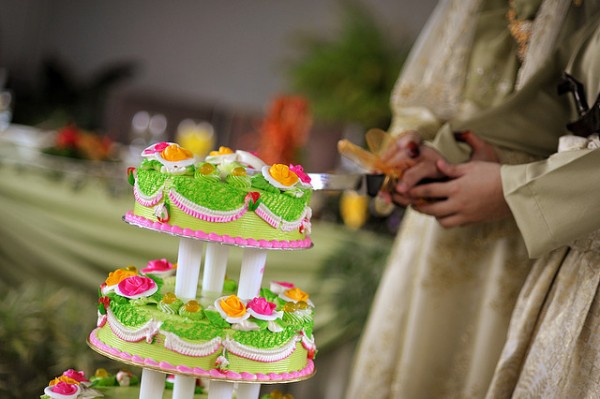 The waleemah is a food reception which follows the consummation of marriage, to make the marriage public. It is offered by the parents of the married couple, by their friends, or by the newly married couple themselves. Friends, relatives, and neighbors are usually invited.

“May Allah make it a blessing for you. Have a waleemah, even with only a sheep.” [Bukhari, Muslim, Tirmizi, Abu Dawood and Maalik]

Since marriage is such a joyful event for the whole Muslim neighborhood, playing tambourines and having decent and allowable singing are recommended during the celebration. According to Aishah (Allah be pleased with her), it is a sunnah of the Prophet (peace be upon him) to announce a marriage and to make it in the mosque.

Once, Aishah organised a wedding feast for a woman who wed a man from Al-Ansaar. The Prophet (peace be upon him) advised Aishah to do some entertainment due to the tradition of Al-Ansaar.

We must keep in mind, however, that the marriage celebrations should not violate any Islamic law. The word entertainment in the Islamic context should not be misinterpreted.

People who attend the celebrations should not mix in any un-Islamic way. Both men and women should wear proper Islamic dress during the celebration, and the songs they sing should not contain any obscene words or words that violate the Islamic code of decency and manners. Islamic standards must be upheld regardless of the type of occasion one is participating in.

Some people have begun practicing traditions which are completely against Islamic teachings. The tradition of bringing a musical band and female dancer to dance before men is prohibited in Islam. Another un-lslamic tradition is the use of a gold ring by the groom; this was prohibited by the Prophet (peace be upon him). Silver rings are allowed for men and women, while wearing gold ornament is allowed for women only.The tradition of trading rings is borrowed from other societies, and Muslims are told not to imitate non-Muslims in such traditions.

A groom should not feel obligated to have an extravagant marriage celebration, as this is a financial burden which could leave him in debt for years to follow. This could in turn discourage men from getting married. Marriage is an occasion for presenting the new family with gifts by relatives and friends. Gifts that are given with sincerity and consent strengthen the love between people.The Prophet (peace be upon him) said,

“Exchange gifts, strengthen your love of one another.” [Tirmizi]

People today write down what others have given them and the prices of such presents and then feel obligated to buy that person a gift equal in value. This is completely un-Islamic, and it does not follow the teachings of the Prophet (peace be upon him). Some vary in their social positions and have different financial statuses, and feeling obligated to buy a gift equal to that presented would soon end close relationships between people of different economic backgrounds. This will in turn build social barriers.

Finally, congratulations are offered to the bride by the women around her and by her relatives and friends; the groom is congratulated by other men. The best of congratulations is that reported by Abu Hurairah that the Prophet (peace be upon him) said to people who got married:

“May Allah make it a blessing for you and a blessing to you, and bring you together with all that is good.” [Tirmizi, Abu Dawood and Al-Hakim]

Marriage is a sacred bond between two people people. It binds not only hearts of two persons, but two distinguished extended families. Indeed, a good start in a whole new life as a husband and wife will serve as a strong foundation for the coming future.