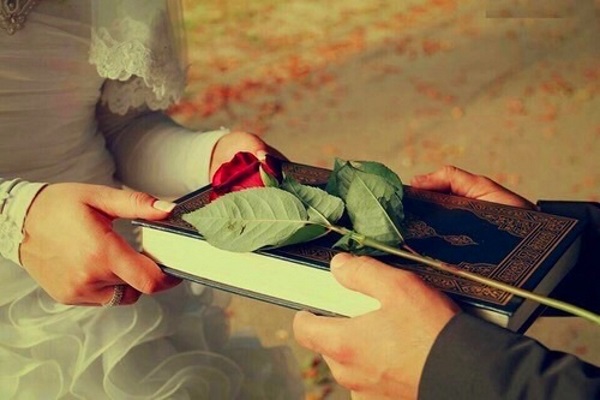 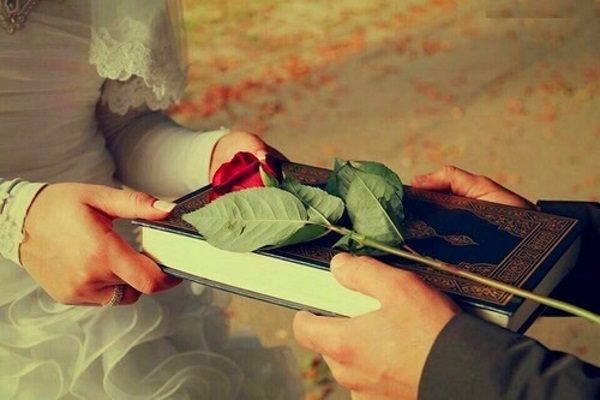 There is no guarantee for any marriage to be successful or fulfill an ultimate happiness for the bride or groom.

However, Islamically, there is a guarantee that if you fulfill the conditions and guidelines of obeying God and His messenger, in your marriage, you will have a real potential of reaching that marital happiness that everyone seeks.

Before we even discuss these Islamic guidelines, we need to understand the importance of a successful marriage to the quality of one’s life. God said:

{And amongst His miracles and proofs is that He created from amongst yourselves spouses to reach peace and calm with, and made mercy and love between yourselves} (Ar-Rum 30: 21)

Prophet Muhammad (peace be upon him) said that:

“A righteous wife is one of the treasures of dunya (worldly life).” (Muslim)

How to Choose the Right Spouse

The number one secret of a successful marriage is (correctly) choosing the right spouse.  You cannot choose the wrong husband/wife and then spend the rest of your life looking for solutions, mediators, and family members to try to fix the never-ending problems with your spouse. Prophet Muhammad said:

“Whoever proposes to your daughters of what you accept of his religion and his manners, then accept his proposal, otherwise it would be a major ordeal.” (Al-Bukhari)

So, yes, one of the conditions of Islam is that there is equitability between the husband and wife in the same cultural, social, and financial environment; yet the ultimate parameter to choose the husband from within these same levels is his religion and as the Prophet had specified, his manners, Islamic manners that is.

Similarly, the Prophet advised Muslim men with the ingenious advice of making Islamic mannerism the ultimate filter of choosing a wife. In his well-known quotation, Prophet Muhammad said:

“A woman is pursued for marriage for four reasons: for her money, for her social status, for her beauty, and for her religion (Islamic manners), so marry the one with the religion, otherwise you will win dust (gain nothing).” (Al-Bukhari)

In my humble opinion, this quotation speaks about women, but actually its meaning is also valid for men. For the young lady and the young man can choose the handsome, wealthy, funny, hip spouse, and blind themselves to their spouse’s religion and real Islamic manners. After three weeks to a month after the marriage, all the flashy, funny, pretentious facades fall down to a boring normal, what’s left will always be the true metal of the character that in many cases is a troubling time bomb that eventually ends the marriage or at least undermines its quality. So the ultimate rule is yes a handsome, witty, wealthy husband or wife is great but only as an addition to their good religion, and their true Islamic characters, for that true religion/character is what lasts.

Advice for the Wives

“If the woman prayed her five, and fasted her thirty, protected her chastity, and obeyed her husband, it would be said to her: ‘enter from whichever door of paradise you want’.” (At Tirmidhi)

So what does it mean to obey the husband especially to the pride of the bride?

If we look at marriage through modern and pragmatic lens, we cannot ignore that it is a cooperation or some sort of human corporation, where ultimately, like it is with any successful entity made of multiple individuals, there has to be a leader who’s ultimately responsible for the well-being of the whole entity. God had burdened men with such leadership and responsibility for the entire family, based on their natural task of providing, protecting, and most importantly, attending to all the family needs:

{Men attend to women with what Allah had preferred some over the other, and with what they provided from their monies.} (An-Nisa’ 4: 34)

A wife’s obedience to her husband in that case is exactly like a director or a vice president of a corporation engages with the president, with input, requests, and demands, yet while knowing that the ultimate decision would lie on the shoulders of the president for he also bears the ultimate responsibility. People understand this business concept very easily, yet sometimes couples never digest it with the influence of Western habits, where the relationship between a man and a woman is competitive, not integrative.

Having said that, the ultimate guidelines of a wife’s mandated obedience to her husband falls underneath the cardinal rule in Islam; “there’s no obedience to a created by disobeying that creator” i.e. what both husband and wife obey is God and when the wife obeys the husband, she only obeys what satisfies God. So if the husband asks the wife to cheat, lie, steal, or kill, then it is a big NO to the husband, no matter what the justification is.

The couple understanding the concept of obedience is half the way of having a really peaceful, successful marriage.

One time I was interviewed by an American TV station, and I was asked, isn’t dating and having a relationship before marriage the ultimate test to find out if the couple fit together for marriage?

On its face, the question seems somewhat logical, yet in reality, it is absolutely the opposite. For what makes a marriage or any relationship for that matter successful is that all parties use the same guidelines as a reference, and they both tune to the same wavelength, and that is the only guarantee of their potential harmony. Evidenced by the fact that the result of all these dating and illegitimateharam (unlawful) relationships in the West not only result in less than 50 percent actual marriage ratio, but even these marriages fall apart over 40 percent of the time, within four to five years.

If there is initial acceptance and attraction that is verified by both of them adhering to the same reference of Islamic manners and obedience to God, then that is a marriage that not only will most likely last, but will provide happiness for both parties.

In the next article, I will talk about how to enhance a husband’s responsibility and a couple’s personal behavior to achieve happiness for the entire family.