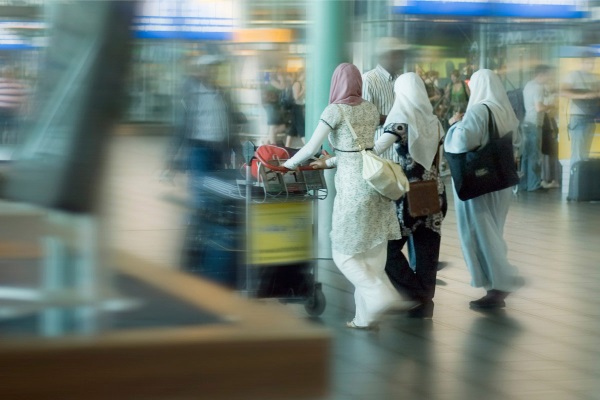 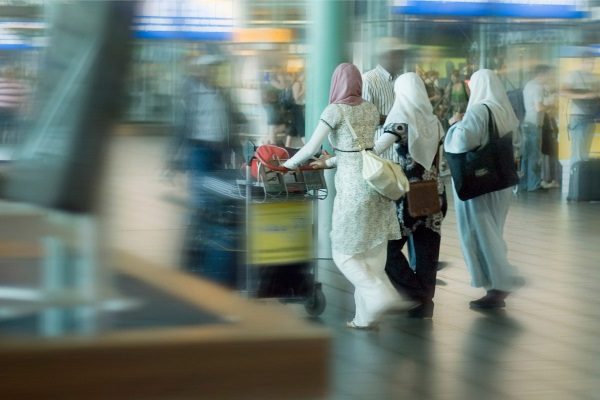 KONYA, Turkey/JAKARTA The global economy may be in a funk, but the travel market is still going strong. Muslim-friendly halal tourism is showing particularly healthy growth and is becoming a top priority for two of the world’s biggest Muslim democracies, Turkey and Indonesia.

At the beginning of May, Turkey hosted the second International Halal Tourism Conference, one of the world’s biggest events of its kind, in Konya. Situated in the country’s pious Anatolian heartland, this city is where the 13th-century Persian poet, philosopher and Sufi mystic Mawlana Jalaluddin Rumi spent the last few decades of his life. His shrine, now a museum, attracts followers and tourists from all over the world, especially on Dec. 17, when his death is commemorated with rituals such as a massive whirling dervish ceremony.

With more than 1,000 participants and over 30 exhibitors from such countries as Indonesia, Malaysia, Saudi Arabia, Qatar and Mauritius, attendance at the Konya conference was up 40% from the inaugural event in Europe in 2014, in Granada, Spain — another city known for its Islamic heritage.

Turkey is the world’s sixth-largest tourist destination, with 40 million annual visitors, mainly from Europe and Russia. However, tourist numbers from Islamic countries have also been rising in recent years. Then-Turkish Culture and Tourism Minister Mahir Unal told the conference that the number of Muslim tourists exceeded 7.6 million in 2015, up 30% from the previous year.

Since 99% of its population is Muslim, Turkey is naturally considered a “Muslim-friendly” destination, with plentiful halal food and prayer facilities. However, due to the secular modern history of the country and the fact that most visiting tourists come from the West, Turkey has only a dozen tourism facilities designed for strictly observant, halal-conscious Muslims, who insist on environments that are free of alcoholic beverages and have separate pools and beaches for men and women.

According to the Global Muslim Travel Index 2016, published in Jakarta in March by MasterCard and CrescentRating, a leading player in the halal travel industry, Turkey occupies the third position in the sector after Malaysia and the United Arab Emirates. Indonesia, whose population is 88% Muslim, climbed two spots to become the fourth-most popular destination.

GMTI rankings are based on criteria such as suitability as a family holiday destination, level of service and facilities, accommodations options, marketing initiatives, visitor arrivals, air connectivity and visa restrictions.

Another attendee at the Konya conference, Jonathan Wilson from the U.K.’s University of Greenwich, said Turkey was in a good position to do well in the sector, although he noted that there was no universally accepted definition of halal tourism — which is also known as “Muslim-friendly tourism” or “family-friendly tourism.”

“Since the 9/11 attacks [in the U.S.], one of the reactions of the Muslim community has been to overcome negative stereotypes by increasing tourism, luxury fashion shopping, etc.,” Wilson said. “With its deep Islamic heritage, convenient geographical location and well-established tourism know-how and experience, Turkey should not settle for anything but the No. 1 position.”

However, Turkey has more to do to attract observant halal-conscious Muslim tourists, according to industry representatives.

However, the Ministry of Culture and Tourism is working with two other ministries to establish halal tourism guidelines by 2017, and officials said the sector has set a target of 15 million Muslim tourists by 2020. They said the number of hotels serving strictly observant tourists could jump from the current figure of around 20 to 100 by 2017.

The surge of interest shows that Turkish businesses are trying to jump on the “halal tourism bandwagon,” said Fazal Bahardeen, CEO of CrescentRating.

Depending on the observance levels of individuals, halal or Muslim-friendly facilities may have to be fully funded by Islamic financial instruments, free of alcohol, or simply include prayer rooms or rugs and compasses to show the direction of Mecca.

Rafi-uddin Shikoh, CEO of DinarStandard, a leading research and advisory company for the halal industry, noted that although Muslim-friendly facilities cannot rely on sales of alcohol — a major part of revenues for conventional tourism facilities — the high levels of demand and constraints on supply tend to lead to higher occupancy rates. “[This] is making up the loss from alcohol, and the good business is proving to investors that there is an opportunity here,” he said.

Mustafa Ulu, general manager of reservation website islamibooking.com, said it was common for halal services to match the revenues of conventional facilities. “A Muslim-friendly hotel serving no alcohol with a 300-bed capacity has the same revenue as a 600-bed hotel serving alcohol,” Ulu said. He estimates that demand from observant Muslim tourists has been increasing by 15% to 20% a year.

After decades of strict secular governance, during which the rising visibility of Islam was seen as a reactionary threat, Turkey has been moving toward a more Islamist environment under more than a decadelong rule of the Islamic-oriented Justice and Development Party.

According to Shikoh, the shift could help the country recover from a recent decline in tourists and revenues following a diplomatic row with Moscow after Turkey downed a Russian aircraft. Intensified terrorist attacks in the country have also discouraged tourists from the West. In the first quarter of this year, tourism revenues declined 16.5% on the year and the number of visitors fell by 4.4%.

Riyanto Sofyan, owner of the hotel chain that includes the Sofyan Hotel Betawi, chairs a group within the Ministry of Tourism dedicated to accelerating the development of halal tourism. He said the country planned to boost Muslim tourist arrivals to 5 million in 2019 from 2.2 million in 2015.

As evidence of Indonesia’s determination to boost its tourism industry, Sofyan pointed to a recent move to waive visa requirements for 169 countries and territories, compared with just 15 a year ago. The Tourism Ministry has also announced plans to develop Muslim-friendly tourism in 12 provinces — including Jakarta, West Nusa Tenggara, West Sumatra and Aceh, the only Indonesian province enforcing Sharia, or Islamic law.

“The potential of halal tourism is huge, even more so than the Chinese market. We have to pay more attention to this,” Tourism Minister Arief Yahya said in Jakarta in March, noting that Indonesian service providers needed to do more to ensure that visitors were aware of halal standards.

“We have to be sensitive about what the market wants,” he said. “So there needs to be standardization in Indonesia, in line with the market’s interest.”