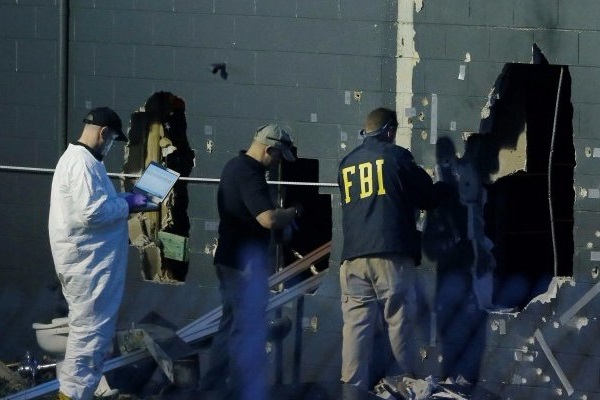 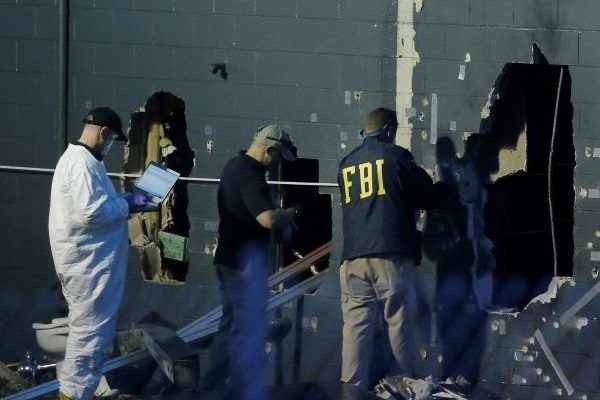 The FBI still has provided no explanation for what led Omar Mateen to kill 49 people and wound 53 others in an attack on a gay nightclub on Latin Night. But someone at the FBI is anonymously telling multiple media outlets that Omar Mateen didn’t have a secret gay life.

The witnesses who’ve come forward aren’t buying it, and some are striking back at the FBI for its failures leading up to the shooting. The FBI had interviewed Mateen a number of times before the shooting and removed him from a terrorist watchlist.

Kevin West had first told the Los Angeles Times he talked with Mateen on the gay dating app, Jack’d, for a year.

“It’s almost certain that he covered his tracks,” West told the Orlando Sentinel in response to the FBI’s anonymous quotes. “Lots of people are still secretive about it. They say they don’t show their face online because, ‘I’m not out to my family, or because of my career.'”

In other words, the FBI is naive if it really expected to find gay dating apps on Mateen’s phone, or anything in his Internet browsing history, or any saved photos from others, or gay porn on his phone — all things someone anonymously cited when telling the Los Angeles Times the FBI hadn’t turned up reason to believe Mateen led a secret life. People in the closet would be careful not to have left such an obvious trail. But, it’s not actually clear why the FBI claims it hasn’t found any evidence, because it hasn’t revealed what it checked on the record.

When asked on the record, both attorney general Loretta Lynch and Ron Hopper, the assistant special agent from the FBI who is in charge of the FBI joint terrorism task force, have said allegations are still being vetted and no determination has been made.

Speculation about Mateen’s sexuality started when a number of witnesses told the Orlando Sentinel they’d seen the shooter at the club long before June 12. Others said the same thing to CNN, placing him there years earlier. And performer Lisa Lane, a transgender woman who is regular at Latin Night at the Pulse, told The Advocate she recognized Mateen as one of her fans.

The Los Angeles Times reports that “The FBI is continuing to explore Mateen’s past, but investigators now believe the men who made the claims are not credible, or confused Mateen with someone else.”

If the FBI is right, it wouldn’t be the first time an LGBT person had made up claims related to a hate crime. While LGBT people are the most likely minority group to be targeted in a hate crime, a disturbing number of people have been caught inventing stories about being physically attacked, or having homophobic slurs used against them, or scrawled on dinner receipts or written on cakes.

Cord Cedeno was one of the first to come forward. He went on MSNBC and told Chris Hayes that he’d gotten messages from Mateen while on Grindr. “I can go take a lie detector test,” Cedeno told the Los Angeles Times. “I know for a fact Omar messaged me.” He also threw in a jab at the FBI, saying, “They let him go. They let him do this massacre. They could have arrested him.”

In fact, one man did tell Univision — while wearing a disguise and calling himself “Miguel” — that he’d slept with Mateen at a hotel and that there ought to be surveillance camera video of their comings and goings. Then gossip site TMZ reported Mateen is shown on video tape at the Ambassador Hotel, based on anonymous sources it claims to have at the hotel.

Three men in Fort Pierce, Mateen’s home town, told The Advocate they’d seen him on Grindr. Another man, a former classmate who was not identified, had told the Palm Beach Post that Mateen asked him out while they were both at the Indian River Community College police academy. The FBI hasn’t revealed on the record whether it interviewed any of them.

MV Editor’s Note: The source of this article, The Advocate, is a publication that focuses on issues related to homosexuality in the United States. This article is among the most balanced and well referenced that we have seen on the internet to date on this matter and it is clear from this report, among other things, that individuals who identify as being homosexual and closely connected to the incident and the shooter feel themselves being ignored or dismissed by agencies handling the investigation. Our presenting this material to our readers is exclusively by way of presenting information of direct relevance to the massacre and should not be taken as an endorsement of the advocacy or opinions of the source in question. We encourage readers to compare and contrast this report with others such as this BBC report from the 14th, this Reuters report, and others that have appeared more recently in the mainstream media such as this from the NYT and the Business Insider that place great emphasis on the “no evidence” aspect in this ongoing investigation.