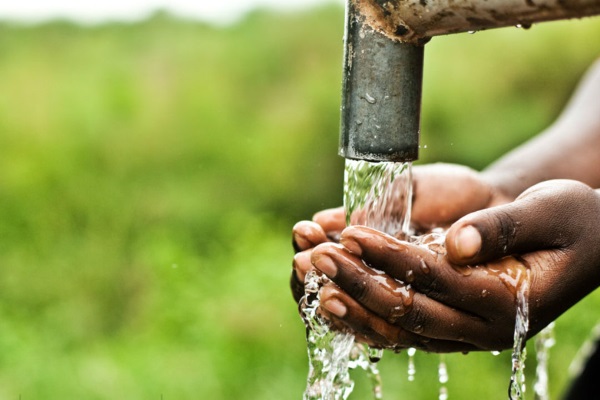 It is well known that the Messenger of Allah (Allah’s peace be upon him) said that the best charity is that which is given in Ramadan:

On the authority of Thabit bin Anas: “…it was asked, ‘Which is the best charity?’ (The Prophet – Allah’s peace be upon him) said, ‘Charity in Ramadan.’” (Tirmidhi)

In this month of abundant blessings, the types of charity that can be given are many but we would like to focus on one type of charity for which there is a great need, yet many are unaware of it.

That hidden gem of charity is the giving or providing of water.

Indeed, many of the great collections of hadith such as Bukhari and Ibn Majah have chapters or sections dedicated to this topic. One such hadith is found in Sahih Muslim where, on the authority of Abu Huraira (Allah be pleased with him), the Prophet (peace be upon him) said, in part, that, “Allah, the Sublime, the Supreme, will say on the Day of Judgment… ‘O son of Adam! Did I not seek water from you and you did not give Me to drink?’ And the one questioned will say, ‘Lord! How can you be given to drink?… You are the Lord of all being!’ He (the Sublime, the Supreme) will say, “A servant of mine sought water from you and did not give him. Had you given him to drink you would have found that with Me.’…” (Muslim)

Ibn ‘Allan, a great hadith scholar, noted that the words “found that with Me” indicate finding the reward of the act of giving water. He also noted that the responder’s pause (indicated by the three dots or ellipsis) when he said, “How can you be given to drink?… You are the Lord of all being!” may very well be due to the unimaginable intensity of facing such reprimanding questioning on that day! May Allah be our refuge! That is how dear the matter of the thirst of the poor is to our Lord!

In a similar vein, there is another hadith on the authority of Sa’ad bin ‘Ubadah (Allah be pleased with him), who reported that he once said, “O Messenger of Allah! The mother of Sa’ad has died. Which charity is best? He (peace be upon him) said, “Providing water.” So (Sa’ad) dug a well and said, “This is for the mother of Sa’ad.” (Ahmad, Nasa’i, Ibn Majah and others)

Whether, like the companion Sa’ad, it is in the loving memory of a departed relative or simply with the intention to give those in need their right, this Ramadan provides us with an opportunity to attain the pleasure of our Lord by giving of the best of charities in the best time for charity because the need today is great when it comes to water.

According to WHO/UNICEF at least 1.8 billion people world-wide are estimated to drink water that is faecally contaminated.

That includes areas like Somalia, Senegal, and Afghanistan. Earlier this month the EU declared that 95 per cent of water in the Gaza Strip is “unfit for human use”. That means nothing short of a crisis for the 1.8 million people who live there.

It is our sacred duty to help our brothers and sisters in faith and humanity with such crises and there is no better time for that than this month. Use this link to donate. May Allah accept from us and you.

This is the third in a weekly series brought to you by Human Appeal International Australia during this noble month to highlight merits of the month and remind ourselves of specific ways our charity and prayers can be put to use in seeking the pleasure of Allah, Most High.