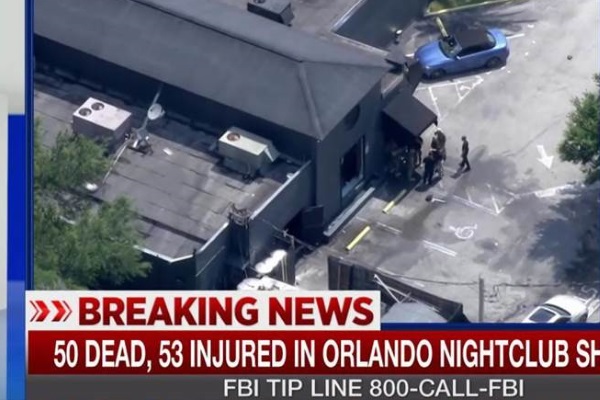 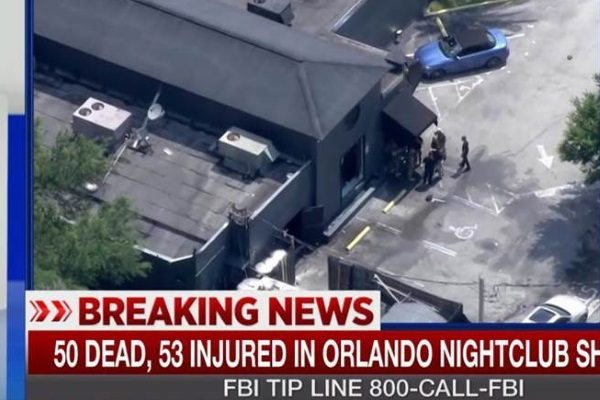 Hours after Omar Mateen opened fire in the LGBTQ Pulse Nightclub in Orlando, the Orlando Police Department informed the media that Mateen had sworn allegiance to ISIS in a call to its 911 emergency line. This single detail became the focus of all the coverage that followed, prompting politicians from Hillary Clinton to Donald Trump and a parade of pundits to call for stepped up military efforts and hardline measures against Muslim-American communities.

As scrutiny of the Orlando Police Department’s response to the shooting spree intensifies and Mateen’s profile grows more complex with each new detail, the department is refusing to release the audio of the killer’s alleged 911 call.

On June 13, AlterNet’s Grayzone Project submitted a request under Florida’s public records law for a written transcript and/or an audio recording of any and all phone calls that Mateen made to Orlando’s 911 emergency line on the date of the Pulse Nightclub mass killing.

Janet Lugo, the records and identification unit supervisor for the Orlando Police Department, replied on June 14: “The records being requested are exempt from disclosure at this time. Section 119.071(2)(c)1., Florida Statutes, exempts from disclosure all active criminal investigative information.”

Michael German, a fellow with the NYU Law School’s Brennan Center for Justice’s Liberty and National Security Program, commented to AlterNet that “it’s clear that these law enforcement officials are selectively focusing on particular aspects of the attack when they speak with the media. For someone to cite allegiance to multiple terrorist groups that are actually in conflict with one another certainly does not reflect a deep attachment to any individual group’s ideology or political goal.”

According to FBI officials, Mateen previously pledged simultaneous allegiance to Al Qaeda and Hezbollah, two militant groups fighting on opposite sides of the Syrian civil war, and whose members have battled ISIS at various intervals.

The details of Mateen’s call to 911 provided to the media by the Orlando Police department and witnesses to the shooting highlight Mateen’s ideological incoherence. According to an anonymous police official quoted by the Daily Beast, Mateen told police that he was protesting U.S. bombing “in Iraq and Syria.” However, a witness named Patience Carter was quoted by the Washington Post claiming that Mateen wanted “Americans to stop bombing his country.” Mateen is the son of immigrants from Afghanistan, where the US is waging a military campaign against the Taliban—yet another militant group that is battling ISIS.

Despite the array of new details that case Mateen as an erratic figure consumed with personal and psychological issues with little relevance to international terror organizations, the mainstream media’s narrative of a hardcore  jihadist has remained intact, and thanks largely to law enforcement’s careful management of information. Indeed, the focus on ISIS has overwhelmed other important factors in the massacre, from lax gun laws to homegrown homophobia to Mateen’s history of domestic violence and possible struggle with his own sexuality.

The official narrative of the massacre and the motives behind it was neatly encapsulated by a New York Times report on June 13:

“Mr. Mateen called 911, beginning a series of calls and conversations with the police, in which he declared allegiance to the Islamic State, the terrorist group that has taken over parts of Syria, Iraq and Libya.”

“He was cool and calm when he was making those phone calls to us,” Chief [John] Mina said. “We had a team of crisis negotiators that did talk to the suspect, just trying to get as much information as possible, and they focused on what they could do to resolve the situation.”

Even as the Orlando Police Department refused to release the audio of Mateen’s alleged call to 911, it provided details of the conversation to journalists. Daily Beast reporter Michael Daly wrote on Monday, “As paraphrased by the senior law enforcement source, Mateen told the 911 operator that, ‘I’m doing this to protest the U.S. bombing in Syria and Iraq and the killing of women and children… I’m doing this in solidarity with the Tsarnaev brothers and Moner Abu-Salha.’” (The Tsarnaev brothers carried out a homemade bomb attack on the Boston Marathon in 2013; the following year, Abu-Salha became the first US citizen to engage in a suicide attack in Syria.)

The narrative has filtered down to right-wing tabloid media in predictable fashion, with the Rupert Murdoch-owned New York Post running a 10-page spread on the Pulse Nightclub massacre beneath a banner reading, “ISIS VS. US.”

A bonanza for militaristic politicians

However bizarre Mateen’s conflicting allegiances might have been, the reports of his support for ISIS provided militaristic politicians from both parties with an irresistible opportunity.

True to form, Donald Trump exploited the massacre to promote his proposed ban on Muslims and call for an escalation of U.S. bombings against ISIS in Iraq and Syria. Hillary Clinton issued a strikingly similar response, calling for an expansion of the government’s terror watch list and declaring, “We should keep the pressure on ramping up the air campaign [in Syria].”

Newt Gingrich, the former Republican House speaker who appears eager to be Trump’s vice presidential nominee, called for the revival of the House Un-American Activities Committee. From across the aisle, the former Democratic representative from Massachusetts and liberal icon Barney Frank asserted that the Orlando massacre “reinforces the case for significant surveillance by law enforcement of people who have given some indication of adoption of these angry Islamic hate views.”

A closer look at the available information about Mateen’s personal history demonstrates a more complex set of possible factors behind his killing rampage. Mateen did not receive training from any Islamic extremist organization, however, he was a longtime employee of G4S, a private security firm and prison provider with a record of human rights abuses that spans across the globe. Mateen’s ex-wife, Sitora Yusufiy, has detailed physical and emotional abuse at the killer’s hands, referring to him as “disturbed” saying her family had to rescue her in 2009 after he held her “hostage.”

At least four Pulse patrons told the Orlando Sentinal they had seen Mateen at the club before on numerous occasions, and Yusufiy has stated that she believes that Mateen was sexually attracted to men. Meanwhile, Mateen’s father told NBC that his son become “very angry” after seeing two men kissing.

Shockingly, Yusufiy’s current fiance, Marco Dias, told a Brazilian television station that she was asked by the FBI not to reveal Mateen’s same-sex attraction “to the American media.” If true, the revelation reinforces suspicions that law enforcement is managing the release of information to shape a politically convenient narrative.

“Police release whatever information they choose through official leaks,” Jim Naureckas, editor of Extra!, the magazine of Fairness and Accuracy in Reporting, told AlterNet. “The media then treat official information as the gold standard of information. This makes them very dependent because, if reporters don’t spin stories the way police want, they can be cut off from unofficial leaks.”

“It’s not clear why they are releasing the characterization of the 911 call and not releasing the call itself,” Naureckas continued. “It seems like an opportunity to pull the strings of media coverage.”