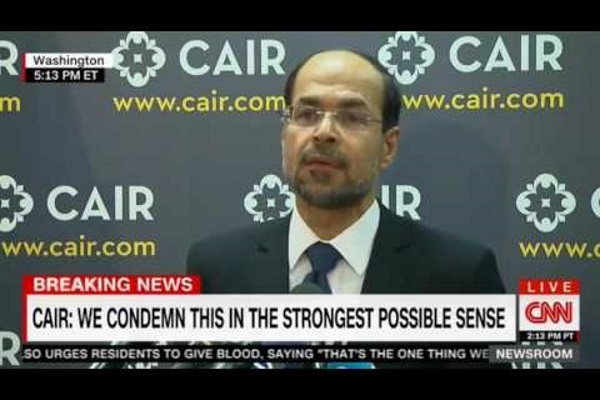 Politicians and religious leaders have been quick to react to the shooting at a gay nightclub in Orlando, Florida, that killed 50 people and injured at least 53 more.

US President Barack Obama said Americans are grieving “the brutal murder, the horrific massacre of dozens of innocent people.

“Although it is still early in the investigation, we know enough to say that this was an act of terror and an act of hate,” he said in a televised address on Sunday.

The president also repeated his earlier calls for tighter gun control, saying the fact that the attacker was armed with a handgun and a powerful assault rifle was a reminder of “how easy it is for someone to get their hands on a weapon that lets them shoot people in a school, or in a house of worship or a movie theatre or in a nightclub”.

Presumptive presidential nominees from both parties reacted to the mass shooting, the deadliest in US history, on Twitter.

In another message, Trump, who has previously made comments about banning Muslims from entering the US, talked about the “congrats” he had received for “being right on radical Islamic terrorism”.

“Our hopes go out to all those who were shot that they can recover,” Sanders said.

“Twenty-five years ago, I believed that in this country we should not be selling automatic weapons which are designed to kill people,” the Vermont senator added.

Florida Governor Rick Scott said in a statement: “Our thoughts and prayers are with the victims, families and all those affected by this horrific tragedy.

“We are a strong and resilient state and we will devote every resource available to assist with the shooting in Orlando.”

London’s new Mayor Sadiq Khan tweeted that he stood with the city of Orlando against bigotry and hatred.

The Vatican said Pope Francis expressed the “deepest feelings of horror and condemnation”.

The pope denounced the “homicidal folly and senseless hatred”, said the Reverend Federico Lombardi, a Vatican spokesman. Francis also offered “prayer and compassion” to those affected by the attacks.

He said that while authorities were still investigating, it was “appalling that as many as 50 lives may have been lost to this domestic terror attack targeting the LGBTQ2 community”.

Israeli Prime Minister Benjamin Netanyahu sent his condolences to Obama, saying “Israel stands shoulder to shoulder alongside the United States at this moment of tragic loss”.

The Florida chapter of the Council on American-Islamic Relations (CAIR-Florida) also condemned the “monstrous” killings and urged Muslims to donate blood to those who are injured.

“We condemn this monstrous attack and offer our heartfelt condolences to the families and loved ones of all those killed or injured,” CAIR-Florida’s Orlando Regional Coordinator Rasha Mubarak said in a statement.

“The Muslim community joins our fellow Americans in repudiating anyone or any group that would claim to justify or excuse such an appalling act of violence.”