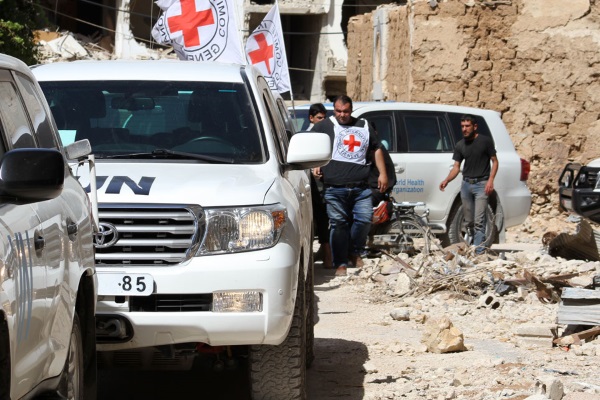 International aid groups were able to deliver food and supplies to a besieged Syrian town for the first time in four years following a new government approval of access to several rebel-held areas within the country.

The Syrian Arab Red Crescent and the United Nations were able to deliver a month’s worth of food and medical supplies to the people of Daraya, a suburb just southwest of Syria’s capital Damascus, Thursday night for the first time since rebels captured the city in 2012.

The aid groups brought enough food to feed 2,400 people for a month, as well as enough health and hygiene supplies for the entire estimated population of around 4,000 for the same time period, U.N. spokesman Jans Laerke told reporters.

“It was quite a feat,” Laerke said, adding that malnutrition had been reported in the area.

The U.N. estimates there are currently 592,700 people living under siege in Syria, with the vast majority of them – about 452,700 people – besieged by government forces.