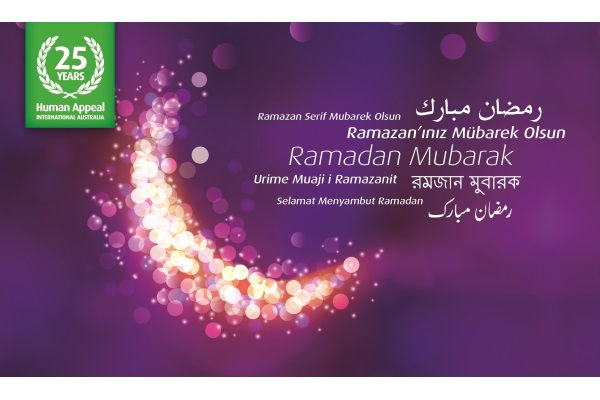 This is the first in a weekly series brought to you by Human Appeal International Australia during this blessed month to highlight merits of the month and remind ourselves of specific ways our charity and prayers can be put to use in seeking the pleasure of Allah, Most High.

We praise Allah, the Sublime, the Supreme and thank Him for ennobling us by addressing us, and for protecting us by warning us, commanding us, and guiding us through His chosen Messenger Muhammad – may Allah abundantly bless him and grant him, his household, and all his companions peace forever and always.

‘Abdullah Ibn ‘Abbas (Allah be pleased with him) narrates:

The scholars of Islam mention that this hadith teaches many valuable lessons such as the merit of being charitable when expecting the company of the righteous and after parting company with them, as Allah’s Messenger (Allah’s peace be upon him) was with Jibril. The hadith also shows how the generosity of the believer is affected by the bounty of Ramadan. And the bounty of Ramadan has been made clear in many hadiths of the Prophet (Allah’s peace be upon him) such as his saying, “For every work of a son of Adam he may have the merit of ten such works upwards of seven hundredfold, yet the Mighty and Sublime has said, ‘except for fasting as it is especially for me and I am the One to reward it.’” (Muslim)

Imam al-Qadi Al-‘Aini comments that “…as regards Ramadan, it is a tremendous month – in it is fasting, and in it is the Night of Power. Fasting is of the noblest of works of devotion which is why He said ‘…fasting as it is especially for me and I am the One to reward it’. So there is no room for doubt that the reward for charity and beneficence is multiplied in Ramadan…” (‘Umdatul Qari)

This Ramadan many thousands, in fact entire communities, are in dire circumstances and utter need and it is those of us who 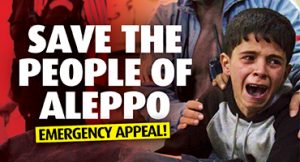 enjoy the blessing of comfort and ease who are ablest to follow the noble example of the Prophet (Allah’s peace be upon him) and be like “winds of abundance”.

This week we are confronted with the daily horrors visited on the men, women, and children of Aleppo, Syria where Al Jazeera reports:

“At least 20 people have been killed in air strikes in the northern Syrian city of Aleppo, a monitoring group has said.

Nine newborns were removed from their incubators after the aerial assault that also damaged equipment, according to the Independent Doctors’ Association in Syria, which runs the hospital…”

Some people ask “How can God allow such things?” Yet the Quran is clear:

“And surely We shall try you with something of fear and hunger, and loss of wealth and lives and crops; but give glad tidings to the steadfast, Who say, when a misfortune striketh them: Indeed we are Allah’s and indeed unto Him we are returning…” (Quran 2:155-156)

The real question isn’t about how God can allow anything but rather it is about us. This life is but a test of loss and gain. The real question has to do with if we will allow wrongful and tragic suffering and loss of life to go unnoticed and unaddressed even when we are able to help.

Being steadfast means different things in different circumstances but it never entails indifference or inaction. The people of Aleppo may be crying to their Lord saying, “Indeed we are Allah’s and indeed unto Him we are returning.” And that will suffice them for patience. That is their proof of faith.

But what about those of us who are able to give? What is patience for us? What is our proof of faith? The answer is with the one called “more generous in bounty than the winds of abundance” in this sacred month. He (Allah’s peace be upon him) said:

Give generously to Aleppo in charity and in duas and thereby open the gates of the treasures of this month.

May Allah accept from us all.