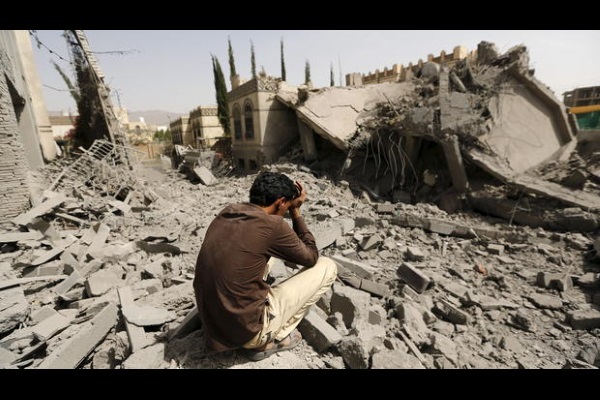 GENEVA –The United Nations is appealing to the international community to come to the aid of millions of civilians in war-torn Yemen, struggling to survive as humanitarian conditions in the country continue to deteriorate.
U.N. Coordinator for Yemen Jamie McGoldrick calls Yemen an invisible crisis, a war waged in the shadows of the war being fought in nearby Syria. While all eyes are on tragic events unfolding in Syria, he said the humanitarian situation for some 22 million Yemenis is becoming increasingly dire.”The scale of the emergency is tremendous,” he said. “The scale of the needs is massive and the depths of the crisis is immeasurable and the suffering that goes with that is just incredulous. Every corner you turn; everyone you meet has been affected by this crisis. Everybody who you come across in any part of this country has felt this conflict, has felt this war.”

The Yemeni government and Houthi rebels have been engaged in a sporadic civil war for many years; but, the depth of destruction and increased danger to the civilian population has seriously escalated since Saudi Arabia began its devastating aerial campaign in March 2015.

McGoldrick said it appears as though the fighting in Yemen has gone down since U.N.-mediated peace negotiations started a few weeks ago.

Nevertheless, he said conditions continue to deteriorate because people have to contend with the country’s shattered infrastructure and broken economy. He said the war is having a particularly terrible impact on children.

“Ten thousand kids under five was mentioned as a figure of people, of children who have died from preventable diseases because of the lack of services, the lack of medicine,” he said. “And, dying, you know, of things like pneumonia and diarrhea … A lot of these deaths are covered up by the fact that a lot of them are related to nutrition as well.”

McGoldrick said some 200,000 people have left Yemen, while 2.5 million people have been forced to flee their homes and remain internally displaced.

Last year, the United Nations appealed for $1.8 billion to provide life-saving assistance for 7.6 million of Yemen’s most vulnerable people. Sadly, he says, only 17 percent of that appeal has been received.