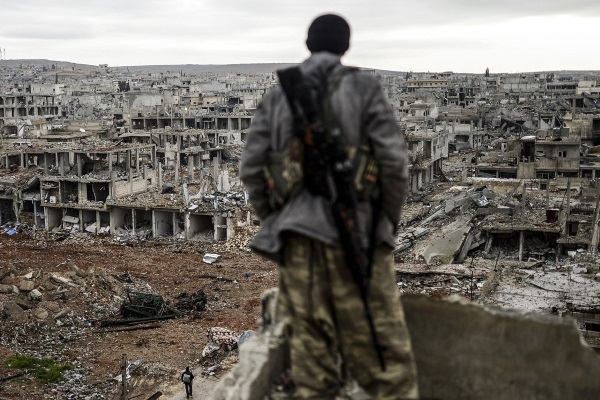 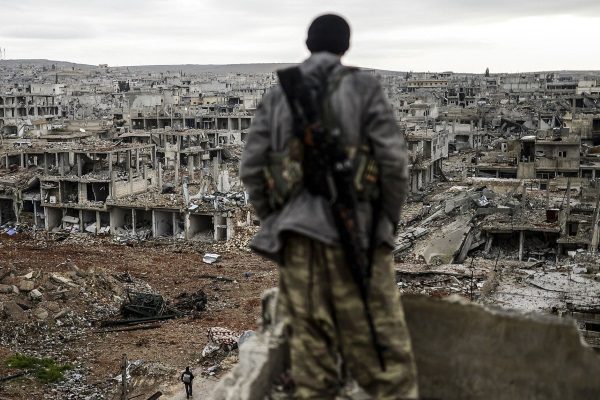 The move is making a tangled fight in northern Syria messier and more chaotic by the hour and could drive some Sunni Arabs into the arms of the Islamic State terror group, political activists are warning.

The main anti-Assad rebel political opposition, the Syrian National Coalition, is now demanding guarantees from the international community that Sunni Arabs will be allowed to return to villages seized from the jihadist IS group by the Syrian Democratic Forces, which is dominated by Kurdish People’s Protection Units, or YPG.

The SDF, which includes some small Sunni Arab armed groups and Syriac and Turkmen community defense forces, is shunned by most anti-Assad rebel groups, who fear — as the Turks do – that the Kurds are intent on establishing their own state along the border with Turkey.

That ambition has seen the Kurds collaborate at various times in the six-year-long Syria conflict with diverse groups – including, rebels claim, with the regime of President Bashar al-Assad and the Russians. A European diplomat told VOA he suspects YPG forces have been receiving arms supplies from the Russians.

On Monday, SDF forces mounted ground operations in three villages to the east of the town of Manbij, 30 kilometers west of the Euphrates and to the northeast of the city of Aleppo. Within hours, SDF units were fighting IS in parts of the city, say local activists. Before the Syria conflict erupted, the town of 100,000 had an ethnically diverse population of Arabs, Kurds and Circassians.

The SDF also seized from IS two villages on the western bank of the Euphrates — al-Sandaliyah and al-Haloulah — with the help of more than a dozen U.S. airstrikes.

The YPG has not commented on the operations, imposing a gag order on its various social media outlets.

The YPG, however, lashed out at anti-Assad rebel groups in an escalating war of words with the Arab rebel groups, warning of severe retaliation for attacks on a Kurdish district in the city of Aleppo. “Groups linked to the Syrian National Coalition have not stopped attacks on Aleppo’s Sheikh Maqsoud neighborhood,” the YPG said in a statement.

The YPG said it had accepted in the last few days hundreds of Sunni Arab civilians fleeing an IS offensive on towns north of Aleppo city, “yet Kurdish neighborhoods have repeatedly come under fire” including missile attacks on the Kurdish Afrin canton on the border with Turkey. “In their attacks, civilians have lost their lives and our fighters have been martyred,” the Kurdish militia said.

On its official Twitter feed, the YPG threatened it would respond to this “hostile attitude.”

In February, the Kurdish militia and rebel groups fought over several towns and villages in the northern Aleppo countryside as a blistering Russian-backed Assad regime offensive was under way, raising the almost unprecedented spectacle of U.S.-supported groups battling each other.

As sectarian tensions flare in northern Syria, the Syrian National Coalition, which is officially recognized by the West as the main opposition to Assad, has been trading angry words with the YPG, accusing Syrian Kurds of exploiting the fight against IS “to achieve their own goals … away from the common goals of the Syrian people.”

The Syrian Coalition urged the U.S.-led international coalition “to publicly give guarantees that clearly ensure the right of all refugees and internally displaced persons in Syria to return to their towns and villages.”

The SNC stressed “no military or security presence, other than the local population and the free police force, should be imposed on the areas which will be liberated from IS.”

The expansion of SDF ground operations west of the Euphrates could endanger the campaign to liberate Raqqa from IS. Anti-jihadist activists in the collective Raqqa is Being Slaughtered Silently are now dubbing the U.S.-supported SDF offensive north of Raqqa, the de facto IS capital in Syria, a so-called liberation. They label the YPG a “fanatical nationalist militia.”

Last week, former U.S. ambassador to Syria, Robert Ford, now an analyst with the Washington-based Middle East Institute, told a U.S. Senate panel that some Sunni Arabs fear the YPG more than IS.

“In some cases, Syrian refugees flee it and don’t go toward the Kurdish areas – they run away from them and into Islamic State territory,” Ford told a Senate hearing.

Last Thursday, Ankara urged European countries not to allow the Syrian Kurdish Democratic Union Party, or PYD, which controls the YPG, to open political offices in their capitals, saying it would encourage Kurdish separatism in both Syria and Turkey.

In recent weeks, Turkish officials have proposed a joint military operation against jihadists inside Syria with the Americans and other allied troops. But  they have made it clear the offer only involves joint efforts to support non-Kurdish rebel forces in the so-called Manbij pocket aimed at driving out IS fighters from the Aleppo countryside, from where the jihadists have launched rocket attacks on Turkish towns.

U.S. officials say the Turks have not offered any operational details for their proposal.

A European diplomat based in Istanbul told VOA Western officials see the repeated and highly public offer of a joint military operation in northern Syria as grandstanding by Ankara, designed more for domestic Turkish political consumption and not one amounting to a realistic offer.

“The Turks will continue to retaliate for IS shelling along the border but they won’t launch any major ground offensive south of the border,” he said.

Despite Turkish and mainstream rebel objections to U-S. support for the SDF, there are no signs that Washington is re-thinking its anti-IS strategy in Syria. U.S. officials say while they are sensitive to Ankara’s concerns about Syrian Kurdish political ambitions, they have little choice but to back the YPG as the Kurdish militia has proven to be an effective partner in the fight against IS.