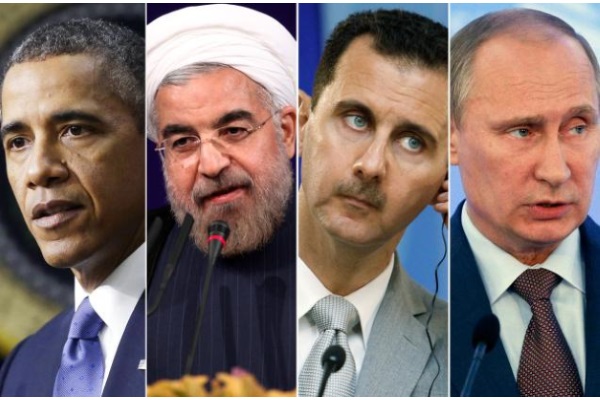 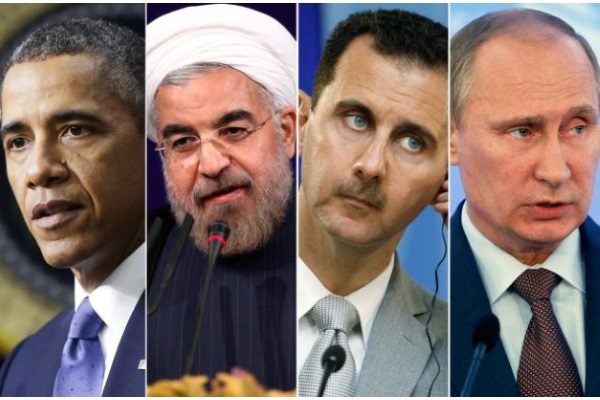 I’m getting a bit tired of reading about the “US-backed alliance of Syrian militias” and their advance against Isis. The ‘alliance’ is largely Kurdish – which is why, I suppose, the Americans talked about northern Syria when they announced the visit of General Joseph Votel, the head of US Central Command, to the little Kurdish enclave.

General Votel could only set foot in the tiny strip of territory along the Turkish border partly held by Kurdish and a sprinkling of Turkmen groups. A visit to northern Syria by an American general is thus a lot less impressive than it sounds.

It’s interesting to see a US commander crossing the border to cheer on participants in a civil war. That’s also what the American military has been doing in Iraq, where forces have been encouraging Shia militias fighting on the outskirts of Fallujah, and even providing air support to the forces of the perilously weak government in Baghdad.

For Iraq now meets many of the definitions of civil war. Yet in Syria, the Americans started by supporting “democratic” forces fighting to overthrow Bashar al-Assad and mysteriously supported the same men (and women) when they were ready to fight Isis for Ain al-Arab (or Kobani for those who prefer the Kurdish version of the name).

How did this transfer of allegiance come about? Are the Kurds supposed to fight their way into Raqqa and when Isis has turned tail and run across the Iraqi border, to fight on against the Syrian government army and its Lebanese militia allies and its Iranian allies?

Has anyone in northern Syria looked at any maps? And do the Kurds think that Turkey will allow their mini-state to survive?

“We do, absolutely, have to go with what we’ve got,” according to General Vogel. And I couldn’t agree more. What that means is that the “Assad has got to go” routine is changing. We haven’t heard many Americans saying that recently, and we’ve hardly noticed it.

The Russian military is still in Syria (albeit scaled down), but we saw plenty of them at Palmyra after its recapture. Assad’s forces want to take back Deir El-Zour, where their soldiers are still fighting under siege.

I suspect that the Assad-must-go campaign is going to be gently dropped – thanks to Isis, of course, which is even more hateful for the Americans than the Syrian government in Damascus.

Certainly, Isis still exists on the border with Lebanon. Incredibly, nine soldiers are still being held in an enclave on the Lebanese border after being captured almost two years ago.

The father of the Lebanese soldier Mohamed Hamieh, executed at the time by the Jabhat al-Nusra Front (recently credited as “moderates” by Saudi Arabia and Qatar), this week went to the Lebanese home of his killer’s nephew (Sheikh Mustafa Hujeiri is a well-known figure on Islamist tapes) and shot the 20-year old 35 times. He then left the corpse on the grave of his own son.

It was a bad week in Lebanon. The government staged the usual military parades to mark Liberation Day when guerrilla fighters finally persuaded the Israeli army to flee across the border after 22 years of occupation in 2000. Tanks and armoured vehicles drove through the streets of Beirut amid public assurances (and private fears) of inter-communal violence amid the generals.

Many of those resistance men who drove out the Israelis are now fighting – and dying – for the Assad regime in Damascus. Thus has the Syrian war touched Lebanon again. The fears are, of course, of a Sunni-Shia conflict starting in the Beqaa Valley.

The Syrian war has already divided Lebanon, not least because so many Hezbollah men have perished in Syria. They are “martyrs” to the militia and many Shiites, but the source of great anger to Lebanon’s Sunnis. The Islamists up at Arsal, including the Nusra Front men, are Sunnis.

The Syrian army is going to have a role in any New Syria. Maybe the Russians realise this, which is why they intervened so dramatically. But Syrian military casualties are so high – half the government soldiers I have met since the start of the conflict in 2011 are now dead – that it was probably inevitable that Moscow decided to bring its air force to Lattakia and Tartous.

If Isis is ‘beaten’ – and the recapture of Fallujah and Raqqa will not achieve that – then there must be projects for those Syrians who fought on both sides. The Syrians are specialists on ‘mediation’ committees, but this will have to be far greater than that.

And what do we have? Turkey threatens Isis, and Nusra and Isis remains a threat right across the Middle East. Saudis support Isis and Qatar supports Nusra, and Hezbollah supports the regime.

The Americans seem to have left the air bombing to the Russians (after complaining about it) and Putin is not afraid to say the obvious: that the government in Damascus is a better bet than Isis.

We shall see who wins. “We do, absolutely, have to go with what we’ve got.”  That pretty much sums it up.

Robert Fisk writes for the Independent, where this column originally appeared.