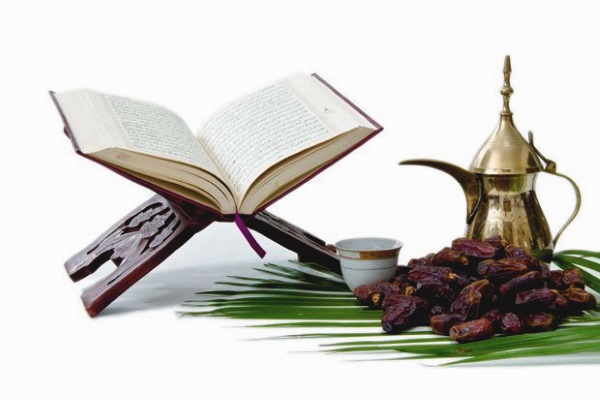 1. It has been narrated that* Rasulullah (Allah bless him and grant him peace) said: “The sleep of a fasting person is regarded as an act of ibadah, his remaining silent is regarded as a tasbeeh, the reward for his good deeds is multiplied, his duas are accepted, and his sins are forgiven.”

2. It is mentioned in a Hadith that fasting is a shield and a strong fortress in order to save oneself from hell. In other words, just as a person seeks refuge in a strong fortress or by means of a shield from an enemy, in the same way, one gets salvation from hell by fasting. By fasting, a person’s power of committing sins gets weak, and his power to do good gets stronger. When a person fasts in the proper manner and implements all the etiquette of fasting, he will free himself of sins and gain salvation from hell.

3. It is mentioned in a Hadith that fasting is a shield as long as it is not destroyed by lies and backbiting. In other words, fasting works as a shield as explained above. But this is on the condition that the person abstains from sinning. If a person fasts and still speaks lies, backbites, and commits other sins, then although he will be absolved of the fard of fasting, he will be committing a major sin. Furthermore, he will be deprived of the barakah of fasting.

5. It is mentioned in a Hadith that at the time of opening the fast, the person is permitted to make a dua whose acceptance is promised.

6. It is mentioned in a Hadith that Rasulullah (Allah bless him and grant him peace) addressed two persons saying: “You should fast because fasting is a shield in order to save oneself from hell and in order to save oneself from the difficulties of time.” In other words, one will be saved from hell and also from the difficulties and calamities of this world.

7. It is mentioned in a Hadith that on the day of judgement, three persons will not have to give an account of the food that they ate, immaterial of what they ate as long as it is halal. They are: the fasting person, the person who makes suhur, and the person who is stationed on the borders of the Islamic state safeguarding it from being invaded by the kuffar. This is a great concession for these three persons that they have been absolved from giving an account of their eating. It should be borne in mind that despite this concession, one should not spend a lot of money and time in preparing very exquisite meals. Spending a lot of time in preparing delicacies turns one away from the remembrance of Allah Ta’ala and gives impetus to one’s power of committing sins. This should always be borne in mind. One should value the bounties that Allah Ta’ala has blessed one with. The best way of showing gratitude to Allah Ta’ala is that one should obey all His commands and orders.

8. It is mentioned in a Hadith that the person who feeds a fasting person at the time of opening fast will receive the same reward as that of the fasting person without there being any decrease in the reward of the fasting person. In other words, through the mercy and generosity of Allah Ta’ala, both of them will receive the same reward. This will apply even if the person feeds him with a very simple or insignificant meal. Even if he merely gives him some water to drink.

9. It is mentioned in a Hadith that Allah Ta’ala multiplies the rewards of His pious servants by ten times up to 700 times except for the reward of fasting. In other words, there is no limit for the reward of fasting. As regards fasting, Allah Ta’ala says: “It is for Me alone and I will give the reward for it.” From this we can gauge how great the reward of fasting is that there is no limit to the rewards. In addition to this, Allah Ta’ala will give the reward for fasting Himself and will not delegate this task to the angels. Glory be to Allah Ta’ala for attaching such importance to this little effort on our part. However, it should be borne in mind that all these virtues and benefits of fasting will only come into effect when we fulfil this duty as it ought to be fulfilled, and only when we abstain from speaking lies, backbiting, and all other sins. In the month of Ramadan, some people leave out their Salats completely while others miss out the fajr Salat. In doing so, they are depriving themselves of the numerous blessings and rewards of fasting. Furthermore, by reading this Hadith, one should not have this misconception that fasting is more virtuous than Salat because Salat is the most virtuous of all the different acts of ibadah. The meaning of this Hadith is that there is a very great reward for fasting and it does not mean that fasting is the most virtuous act of ibadah. The above-mentioned Hadith continues that there are two times of extreme happiness for the fasting person. The first time of happiness is when he opens his fast and the second time is on the day of judgement. That is, when he meets Allah Ta’ala, as mentioned in other Ahadith.

10. It is mentioned in a Hadith that on the first night of Ramadan the doors of heaven are opened. These doors remain open right till the end of Ramadan. There is no Muslim who offers Salat in any of the nights of this month except that he receives 2500 rewards for every rakat that he offers. In addition to this, Allah Ta’ala will construct a palace of rubies. This palace will have sixty doors. Each of these doors will have a golden chamber which will be decorated with rubies.

When the person keeps the first fast of Ramadan, all the minor sins that he had committed during the past year since the first fast of the last Ramadan will be forgiven. In addition to this, 70 000 angels will make dua for his forgiveness daily from morning till sunset. For every rakat of Salat that he offers in Ramadan, whether it be during the day or at night, he will be rewarded with a tree in paradise. The shade of this tree will be such that a traveller will be able to travel beneath it for a journey of 500 years.

How great is the virtue of fasting! O Muslims! Never allow yourself to miss any fast. In fact, if you have the strength, then keep nafl fasts as well. Show total love for Allah Ta’ala who is so merciful that He is rewarding us so abundantly in exchange for a little effort on our part. At least make Allah Ta’ala your beloved for your own benefit in that you will receive the abundant benefits of jannah.

The person who did not slander anyone in this month and did not consume any intoxicants shall have all his sins wiped out. As for the one who slanders someone or consumes any intoxicant, all his good deeds for the past year will be wiped out. In other words, he will be committing a major sin. It should be borne in mind that just as rewards are multiplied in a holy month, punishment is also increased if a sin is committed in a holy month. One should ponder over the warning in this Hadith.

Obey Allah Ta’ala in this month and abstain from sins. Although obedience to Allah Ta’ala is necessary all the time, it’s importance is stressed in particular places such as Makkah al-Mukarramah and Madinah al-Munawwarah; and at particular times such as in the month of Ramadan. Special attention should be paid to abstaining from sins at such places and at such times because just as rewards are multiplied at these times and places, so too is punishment.

12. It is mentioned in a Hadith that when food is presented to you at the time of iftar, then prior to opening your fast you should recite the following dua:

Translation: “In the name of Allah. All praise is due to Allah. O Allah! I have fasted for Your pleasure, it is with Your sustenance that I am opening my fast, and I have placed complete trust in You. Glory be to You and praise be to You. Accept this fast from me for most surely You are the All-Hearing, All-Knowing.”

13. It is mentioned in a Hadith that when you open your fast, it is preferable to open it with dry dates because there is a lot of blessing in this. If you do not have dates, open your fast with water because water is a great purifier. In certain Ahadith it is also mentioned that the fast should be opened with milk.

14. It is mentioned in a Hadith that the person who keeps fast for 40 days solely for the pleasure of Allah Ta’ala shall have whatever dua he makes to Allah Ta’ala accepted. In other words, this person will become so beloved in the sight of Allah Ta’ala that whatever dua he makes will be accepted by Allah Ta’ala if He feels that it will be to the benefit of that person. The respected sufis, may Allah Ta’ala be pleased with them, have laid down a system of cutting off all relations with this world for forty days and engaging in the ibadah of Allah Ta’ala in a musjid. In addition to this, the person must fast for these forty days while he is in the musjid. By doing this, the person will benefit tremendously and will also develop the strength to do good deeds. Through the barakah of this, he will receive special knowledge from Allah Ta’ala and he will also be blessed with a deep understanding of things.

15. It is mentioned in a Hadith that the person who fasts on Thursdays, Fridays and Saturdays of every sacred month, he will receive the reward of making ibadah for 700 years. There are four months which are sacred. They are: Rajab, Zul Qa’dah, the first ten days of Zul Hijjah, and Muharram. However, it should be borne in mind that it is haram to fast on the 10th, 11th, 12th and 13th of Zul Hijjah.

16. It is mentioned in a Hadith that the person who keeps three fasts in the sacred months, on Thursday, Friday and Saturday, he will receive the reward of making ibadah for two years. That is, on the Day of Judgement it will be written in his book of deeds that he had made ibadah for two years in return for these three days of fasting.

* The phrase “it has been narrated” has been added because this hadith (found in Bayhaqi’s “Shu’ab”) is weak. Many of the ulama of hadith recommend, indeed require, such indirect phrasing, like the author’s “it is mentioned in a hadith” when citing a hadith that is not well established as having come from the Prophet (pbuh).