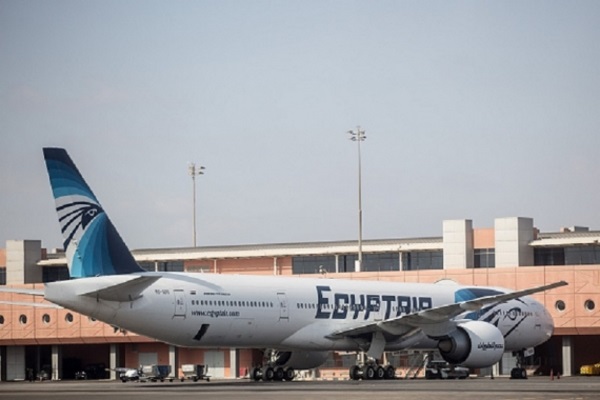 Egyptian President Abdel-Fattah el-Sissi warned the media on Sunday against speculating about what brought down EgyptAir flight 804, and said all scenarios are being considered.

“Until now all scenarios are possible. So please, it is very important that we do not talk and say there is a specific scenario,” he said during his first public remarks since Thursday’s plane crash.

During his speech to ministers and members of parliament at the opening of a fertilizer plant in Damietta, Sissi said the investigation “could take a long time,” but said as soon as investigators find answers, the public will be informed.

EgyptAir flight MS804 crashed in the Mediterranean Sea on its way to Cairo from Paris, killing all 66 people onboard. Investigators said on Saturday that smoke was detected in the cabin minutes before the plane crashed, though the singals gave no indication as to what caused the fire.

Egypt’s aviation minister, Sherif Fathy, has said a terrorist attack is a more likely cause for the crash than technical failure. But no clear evidence has emerged as to what brought down the plane. No militant group has claimed to have carried out an attack.

The latest information offers clues but no answers to what might have happened, while search crews continued scouring for further wreckage.

The flight recorders, the so-called black boxes, still need to be recovered from the bottom of the Mediterranean, believed to be some 290 kilometers north of Alexandria, before investigators would be able to put together a plausible scenario.

French Foreign Minister Jean-Marc Ayrault said he and other officials, as well as the Egyptian ambassador to France, had met with about 100 family members to express “our profound compassion” over the crash.

Speaking to reporters after the meeting, Ayrault said that “all the hypotheses are being examined, none are being favored.”

The French-made Airbus A320 turned sharply twice before plunging about 6,700 meters and vanishing from radar screens without its crew sending a distress signal.

Egypt, France, Greece and the U.S. are among nations deploying planes and naval vessels to search for the plane.

The European Space Agency (ESA) said Friday one of its orbiting spacecraft spotted what could be an oil slick 40 kilometers southeast of the plane’s last known position and the information had been passed on to relevant authorities conducting a search mission. The agency released a grainy photograph of the scene, which showed little detail and cautioned there was no certainty the slick was from the aircraft.

ESA said a second satellite would pass the area where the slick was found on Sunday.

The disappearance has renewed security concerns months after a Russian passenger plane was shot down over the Sinai Peninsula. The Russian aircraft crashed in Sinai on October 31, killing all 224 people on board. Moscow said it was brought down by an explosive device, and a local branch of the extremist Islamic State group claimed responsibility for planting it.