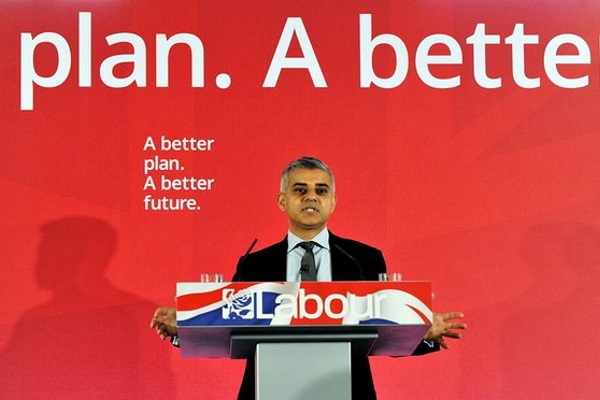 Sadiq Khan is not a Muslim mayor so much as he is a mayor who happens to be Muslim. That distinction, small though it may seem, is actually rather important, though it has been elided of late.

For Christians in the UK, that distinction still exists. To say you are a Christian is to say something about your level of commitment to and practice of the faith. It positions you on the continuum of Christianity.

Not so for “Muslim”, in the UK and broadly across the West. Since 2001, Islam has become a marker of ethnicity and community rather than faith. When the media and the public identify Mr Khan as a Muslim, rather than, say, a British Asian, they are not identifying his commitment to a faith – they are not even identifying him the way he may identify himself – but rather are assigning him to a community.

Is that a problem? Perhaps. It is problematic for the same reason that, in the modern Middle East, the notions of Sunni and Shia have become boxes rather than shades.

Before the rise of the current sectarian-tinged battles, knowing someone’s sect was more akin to knowing where they were born: an accident of birth that said something about their family background, but little about their religious commitment or political beliefs.

Being Sunni or Shia in the pluralistic countries of the Middle East did not mean you subscribed to the entirety of the religious doctrine. It certainly didn’t mean you bought into the current revivalism of Sunni and Shia thought. And much less did it mean that you agreed with, for example, the actions of Salafi groups or Iranian resurgence.

Of course, many Sunnis and Shia do believe those things. But it was not possible to infer that belief simply from the label. Being Sunni or Shia was a shade of being a Muslim, a matter of degree.

The same used to be the case for Muslims in the West. But the first decade of the 21st century has brought a change, and being “Muslim” no longer says anything about religious devotion. It is, instead, a box that identifies the mainly South Asian community in the UK – a box many of them did not choose, and one, crucially, that is limiting.

It also has political consequences. Calling the predominantly South Asian community Muslim has mainly empowered the conservatives (with a small “c”) in South Asian/Muslim communities.

By focusing on the religious aspect of the community as if it were the group’s primary identifier, power has been handed to religious leaders.

It is they, rather than political leaders, for example, who get to define how the South Asian community is seen by outsiders. And this power is, over time, corrosive.

Religious leaders are usually conservative. They resist change. They insist on conformity. But the South Asian community in the UK is changing rapidly, from one generation to the next. Moreover, Islam itself is not changing, but is a vast faith, expressed in different ways across the communities, countries and continents where it is practised.

Insisting that only one form of Islam – in the UK’s case, one practised in specific regions of Pakistan – is right for the entirety of those born into Muslim families in the UK is a great disservice to the varied Pakistani traditions of faith, let alone the pluralistic nature of Islam. There are many ways to be Muslim and those who choose to practise their faith should also be allowed to choose how they wish to practise it.

In this sense, then, Mr Khan is not a Muslim mayor. Whatever his private beliefs, he did not run on a “Muslim” platform. Nothing about his manifesto or his expressed policy positions are derived from Islamic scripture. His faith may well have motivated him to get into public service – and there is certainly a long tradition of people of religious faith being moved to enter politics – but it has not overtly influenced his politics.

By calling him a Muslim mayor, the media and the public elide the distinction between what a person is born as and how they choose to identify. That is not a small distinction to those who find themselves placed into boxes not of their making and unable to break out of them.

On the day Mr Khan unveils a new manifesto based on Islamic principles, a “Muslim vision for London”, and wins, we should declare him a Muslim mayor. Until then, he is just the mayor of London.