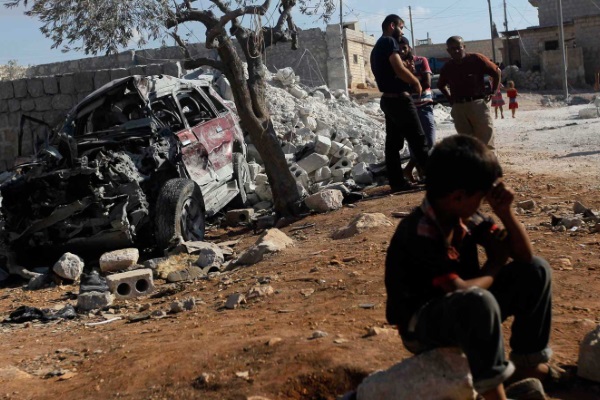 STATE DEPARTMENT – The U.S. and Russia will co-host a new round of talks on Syria’s crisis next week to try to maintain a cease-fire and improve the delivery of aid, but the Syrian government’s recent military advances may diminish the ability to restart political talks seen as the best hope for ending the war.

The 17-nation International Syria Support Group (ISSG) will convene in Vienna on Tuesday and is expected to discuss the stalled political talks, difficulties in maintaining the February cease-fire and the U.N.’s uneven results in delivering humanitarian aid.

“Not all of the trend lines in Syria are going in the right direction,” said State Department spokesman John Kirby.

He commented on Friday, shortly before Secretary of State John Kerry departed on a two-week trip to the Middle East, Europe and Asia, where he will focus on issues including unrest in Syria as well as in Libya.

In Syria, the U.S. and Russia began stepping in to broker a series of localized cease-fires in late April, to help keep a nationwide cessation of hostilities enacted in February from fraying.

While the overall level of fighting between the government and rebels is down, tensions between the two sides have continued to flare.

A U.N.-led effort to deliver humanitarian aid to besieged cities has yielded mixed results. The International Committee of the Red Cross said Thursday that the Syrian regime blocked aid groups from delivering medicine and food to civilians in the Damascus suburb of Daraya.

In late April, another round of U.N.-facilitated talks on a political transition in Syria ended with no face-to-face meeting between the government and the opposition. It is unclear when the next round of so-called proximity talks will take place.  In an interview with Russia’s Sputnik news agency, U.N. Syria envoy Staffan de Mistura said he would await the outcome of the Syria support group’s session before convening another round of proximity talks.

What matters is the “leverage that you bring into the room,” said Atlantic Council Middle East analyst Nussaibah Younis. “With the backing of Russia, the Assad regime has managed to make some real progress in its fight against the rebels,” and, as a result, will be unwilling to compromise, she said.

Russia said it would use Tuesday’s session to call for an end to commingling between terrorist groups and rebels in Syria.

“It is important that all Syrian participants in the cease-fire process resolutely distance themselves from terrorists,” Foreign Ministry spokesman Maria Zakharova said in a Thursday briefing.

US, Italy seek stabilization of Libya

While in Vienna, Kerry and Italian Foreign Minister Paolo Gentiloni will focus on security in Libya as they co-host a ministerial meeting to discuss support for the country’s new government.

Western powers hope Libya’s Government of National Accord can unite the country, which has been in a state of chaos since leader Moammar Gadhafi was toppled and killed in 2011.

In a Friday briefing, a senior State Department official said the Libyan government would most likely request additional training and equipment to help bolster its internal security and fight Islamic State militants.

Additionally, while Kerry is in Vienna, the U.S., Russia and France will focus on an effort to help stabilize Nagorno-Karabakh, a disputed territory between Azerbaijan and Armenia, which is officially part of Azerbaijan.

In April, the region suffered one of its worst outbreaks of violence in years.

Kerry will begin his trip in Saudi Arabia, a country that is part of the International Syria Support Group.

After Vienna, he will attend a NATO ministerial meeting in Brussels and then will travel to Burma in a show of U.S. support for the country’s newly elected government.

In the following week, Kerry will join President Barack Obama in Vietnam.