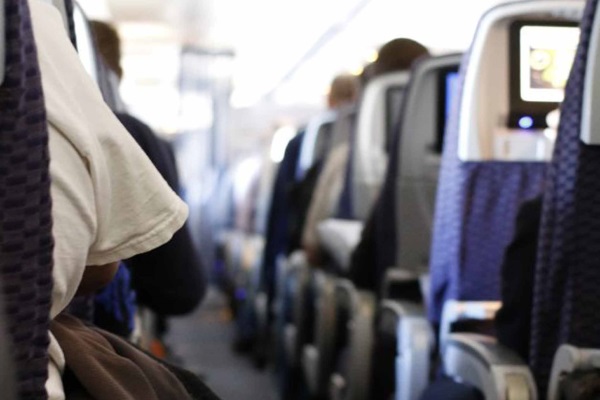 By: Star-Ledger Editorial Board

The former Princeton associate professor yanked off a plane for doing math is only the latest such embarrassment in the era of Donald Trump.

Almost weekly, we are seeing reports of someone kicked off a flight for a ridiculous reason, best summarized as flying while Muslim — or just while looking Muslim.

There was the 26-year-old student at University of California, Berkeley, escorted off a plane for speaking Arabic; the Muslim passengers barred from flying after viewing news reports on their phones, or asking if they could sit together, or “staring back at” a crew member.

The Sikh activist and fellow at Stanford Law School who said she was asked to show her breast pump to “prove” she wasn’t a terrorist.

Enough. What’s the point of having official procedures to screen people, if any passenger or flight attendant can delay a plane for hours by simple profiling?

American Muslims have faced heightened suspicion since 9-11, but there’s been a significant spike in incidents recently. We need a solution, especially in light of all the paranoia stirred up by Trump.

Muslim Advocates and the NAACP just put out some good recommendations. As these groups argue, “If you see something, say something” shouldn’t trigger the same response in every case. Flight crews need to be trained to weed out the silly stuff.

In the case of Guido Menzio, the Ivy League economist and professor, the entire issue could have been cleared up by a simple Google search.

The problem isn’t just ignorance, as he told the Washington Post. It’s “a security protocol that is too rigid – in the sense that  once the whistle is blown everything stops without checks – and relies on the input of people who may be completely clueless.”

Airlines have wide discretion both from the federal government and the courts when it comes to safety issues. As soon as the word “safety” comes up, the pilot has the final say over what to do with a passenger.

But as advocates argued in their letter this week to the U.S. Department of Transportation, the feds should issue stricter rules requiring all U.S. airlines to have training and strong anti-discrimination policies.

The DOT already issues reports on customer complaints against airlines, but it should also be including how many are related to discrimination in its monthly summaries. It’s not enough to know that a passenger was denied boarding. The public needs to know why.

The government should be tracking the actions it takes in response to these cases, too. Civil lawsuits can’t be the public’s only recourse.

Imagine finding out your plane was delayed for more than two hours because an olive-skinned Italian math professor was scribbling an equation. Muslim Americans aren’t the only ones with reason to be outraged.

If it takes nothing more than a different accent, darker skin tone, black hair and curt responses to be labeled suspicious, we’re all going to wind up stuck on the tarmac.