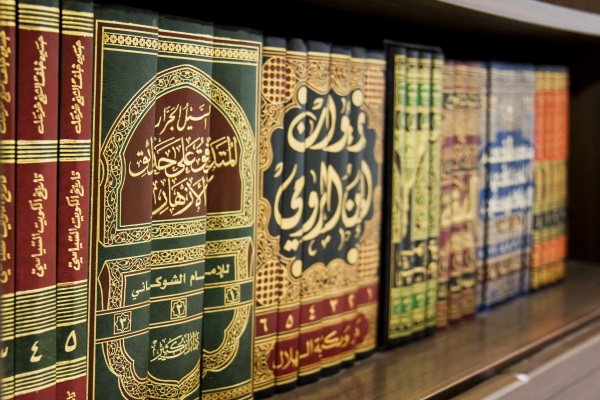 A questioner asked about some trouble he has been having in his marriage since his wife became a student (mureeda/ male mureed) of a Sufi shaykh. He complained that his wife had become neglectful of her “duties at home” and that he found himself having “to eat cold food” while when the shaykh visits their town his prepares amazing food that she doesn’t prepare for him. He also asked about the wife spending time with the shaykh and discussing various seemingly casual matters with him. Here is the response of Mufti Desai:

It should also be understood that every man has a nafs with him irrespective of his apparent position and title. An Aalim, Mufti and Shaikh are all equal in dealing with the opposite gender. The laws of hijab will have to be observed. No person besides Rasulullah صلي الله عليه وسلم is immune from his nafs and tricks and traps of Shaytan.
It was the habit of our pious predecessors to give ba’yah and spiritual reformation while strictly adhering to the laws of hijab. This is called Bay’ah Uthmani. Women may communicate with the sheikh in writing. This attitudes safeguards the Shaikh and the female mureed from fitnah.(5)

قَالَ ” لاَ يَخْلُوَنَّ رَجُلٌ بِامْرَأَةٍ إِلاَّ مَعَ ذِي مَحْرَمٍ… “
صحيح البخاري (4/ 59)
The Prophet صلى الله عليه وسلم said, “No man should stay with a woman in seclusion except in the presence of a Mahram…”
قَالَ: لَا يَخْلُوَنَّ رَجُلٌ بِامْرَأَةٍ إِلَّا كَانَ ثَالِثَهُمَا الشَّيْطَانُ
سنن الترمذي ت شاكر (3/ 466)
The Prophet صلى الله عليه وسلم said, Behold! A man is not alone with a woman but the third of them is Shaytan.

If your wife wants to really sacrifice herself for Deen, she should:

* Remain in the confines of her home and serve her husband and children,
* Respect the husband and hold him in high reverence,
* Exit the home if there is a need that is justified in Shariah(6),
* Adhere to the laws of Hijab,
* Avoid intermingling with the opposite gender even though it may be her Sheikh. (7)

If she violates any one of the above, then she is in fact sacrificing Deen for her nafsand desires. She cannot achieve any spirituality through that. Her emotions and feelings are infatuations and gratification of her nafs and desires.
Shariah advises us to follow the laws of Shariah and not feelings and emotions. It is the responsibility of the Sheikh to advise his female mureeds to adhere to the above mentioned laws of Shariah. If he fails to do so, he is guilty of violating the laws of Shariah and cannot expect gaining closeness to Allah Taala with this attitude.

You may discuss your predicament with the Sheikh in reference and also present to him this fatwa. Request him with the utmost respect and dignity to advise your wife in writing to,

* Avoid meeting him in person,
* Communicate with him only through writing,
* Adjust her attitude towards you,
* If the Sheikh does not advise your wife accordingly, then you have a justifiable right to instruct your wife to terminate her relationship with the Sheikh as a relationship violating the laws of Shariah is fitna which has implications in your life.

PS: The Darul Iftaa has received many similar queries in which the laws of Hijab between the Shaykh and the Mureeda are violated. We have consulted with many senior Masha’ikh and all have advised that a Fatwa should go out in this regard to stem the Fitnah. Some senior Masha’ikh (in particular Hazrat Moulana Mazhar Saheb Daamat Barakatuhum) have also contributed to the above Fatwa.