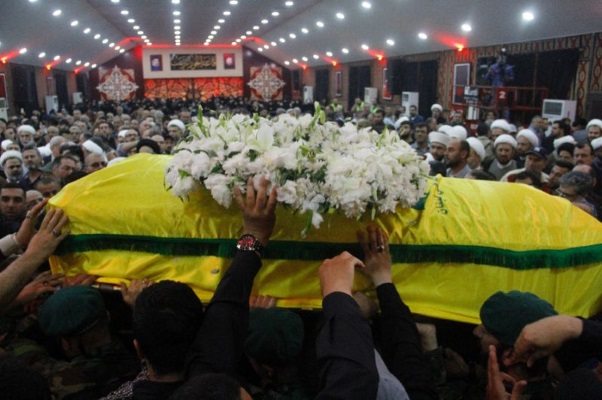 Hezbollah announced Badreddine’s death on Friday and held a military funeral for him on the same day in its stronghold in southern Beirut.

A war monitoring group cast doubt on these claims, saying there had been no shelling by insurgent groups in that area for more than a week.

“Investigations have showed that the explosion, which targeted one of our bases near Damascus International Airport, and which led to the martyrdom of commander Mustafa Badreddine, was the result of artillery bombardment carried out by takfiri groups in the area,” Hezbollah said in a statement.

“Takfiri” is a word used by the group to refer to hard-line armed Sunni groups that practice takfir, or declaring some Muslims apostates, and combat them, Reuters says.

Hezbollah is fighting in Syria, backing the government of President Bashar al-Assad against a range of Sunni groups including Islamic State and the al Qaeda-affiliated Nusra Front.

Damascus airport and its surroundings are controlled by the Syrian government and allied forces. Between it and government-held central Damascus, rebels control a portion of the Eastern Ghouta suburb, which has experienced fighting for most of the conflict now in its sixth year.