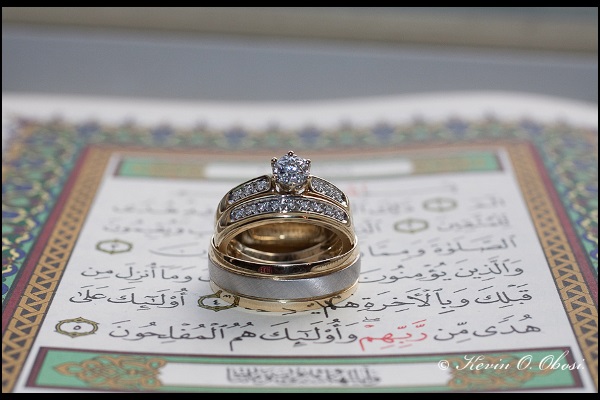 The Prophet  was once asked, “What is more important than prayer?” He replied, “The spirit of prayer” – the spirit that animates the prayer. He was asked what is more important than fasting – he replied, the spirit of fasting. For each question concerning an Islamic practice the answer was the same – because the spirit brings the action to life and unfolds its potentials. Without this animating spirit, the prayer is only movement, and the fasting only hunger. But when spirit enters, when a pure and concentrated intention enters, the action is transformed – the prayer gains the potential to become a miraj (an elevating spiritual journey), and the one fasting approaches towards the potential to witness laylatul qadr (the night of destiny – a night when blessings from the spiritual world descend to this world).

So what is more important than marriage? It is the spirit of marriage, the intention which underlies it, the treasures which it contains hidden within it but which must be brought out and realized by the married couple themselves.

The qur’an provides the signposts and way-marks for learning about this potential. It says:

“It is He who created you from a single soul, And made its mate of like nature in order that you might dwell with her in love….” (Qur’an 7:189) So the male and female complete each other – together they make a single self and this is how they must strive to make their lives together – as if they are one being, one person, one spirit.

The Qur’an says: “Your wives are a garment for you, and you are a garment for them.” (Qur’an 2:187) So a husband and wife complete each other – each one takes on a new aspect of their humanity, a new facet and depth to their personality by entering into marriage and this is symbolized in this verse. Garments also conceal the body and protect the wearer so that a husband and wife are each other’s protectors and helpers and each of them safeguards their partner’s honor shaping the state of marriage into a haven and a sanctuary where each should feel safe and secure, sheltered in one another’s care and guardianship.

The qur’an also says “And of everything we created a pair, that happily you may remember.” (Qur’an 51:49) The word for spouse, “zawj”, (this is the word that is used in the marriage ceremony, the Nikkah ceremony) – the word zawj literally means one part of a pair – and when the pair come together and act in concert with one another, then concealed potentials within them, potentials that were impossible to realize while they were apart make themselves evident. This is true throughout creation. And human marriage in the Qur’an is considered a reflection of a nature and tendency that exists at all levels of creation. When something is created as one part of a pair it is clearly incomplete without the other – as the Qur’an states, “He himself created the pair, male and female.” (Qur’an 53:45)

The term nikkah which is used for marriage is also used figuratively to describe the coming together of various aspects of creation. For example it says, in the Qur’an, that “the rain married the soil” and then it describes how, from this intimate mingling, something new springs forth – that the earth brings forth flowers and herbage, it opens to new creations, new life, new potentials. So the act of marriage, the mingling through nikah, according to Islam, courses through all things, through all of creation. Each pair of the marriage brings something necessary and something unique to the marriage. The pairs are not identical but complimentary to one another and their unique qualities when they are mingled together produce that which neither one alone could produce.

So each individual of the pair undergoes change and transformation when they come together in marriage because marriage is an intimate mingling of the selves, the souls, the personalities and the beings of two individuals.

In human marriage the change takes place at many levels – from a change in lifestyle, to changes in behavior, to changes in the very soul of the person. And there must be that willingness, on the part of both individuals, to allow this unifying transformation to take place. To accept the self the way it is, is to lock oneself into stagnation and narrowness and to remain an individual – not part of an intimately joined pair. It is to limit and lock up the potential, the beauty and strength that is capable of emerging from the intimate unity made possible through marriage.

Since “God created everything in pairs”, as it states in the Qur’an, and since He “created the male and the female from a single nature, from a single self”, it is God that is the point of reference for the married pair. “He has set up the balance…” of all things, so He is to be looked for to set all things in the right equilibrium. If the two partners of a marriage set themselves in correct relation to God then certainly a perfect balance will be realized within their lives together.

Love is a movement towards unity, towards oneness, and since God is One, “the closer the heart is to Oneness, the stronger the power of love is within it.”