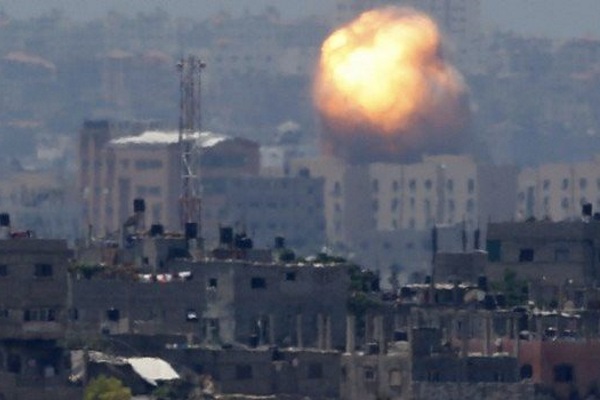 “Overnight, in response to the ongoing attacks against Israeli forces, an IAF aircraft targeted four Hamas terrorist infrastructure sites in the northern Gaza Strip,” the military said in a statement.

No group has yet claimed responsibility for the mortar fire and no casualties have been reported, but both Hamas and Islamic Jihad, another militant Palestinian group, warned Israeli forces against any escalation along the borders in separate statements.

Israel says Hamas is building tunnels that could reach into Israeli territory from Gaza, which Israeli military spokesman Peter Lerner cited as a reason for the airstrikes.

“Our efforts to locate and destroy the Hamas tunnel network are our main priority. This is an unacceptable threat,” Lerner said in a statement following the overnight strikes.

This spike in violence will test a cease-fire that has held since the summer of 2014 at the end of a 50-day war in Gaza.