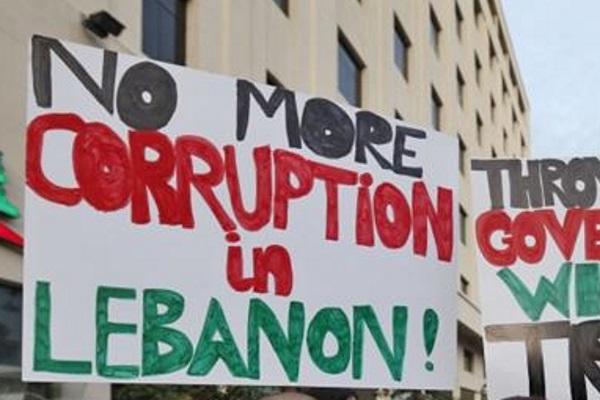 Roughly 1 in 3 people in the Mideast and North Africa have had to pay a bribe for a public service, a watchdog group said Tuesday.

In the report released by Transparency International, researchers found that bribes are commonly used to obtain public services, in court systems, and among regional police, as well as for medical services, identity documents, permits, electricity, and water. A majority of respondents felt that corruption is getting worse.

The Berlin-based anti-corruption group surveyed nearly 11,000 adults in 9 countries and found bribery rampant. About half of respondents in Egypt, Morocco, and Sudan said they had paid bribes for public services.

People were also interviewed in Lebanon, Algeria, Tunisia, Jordan, the Palestinian territories, and Yemen. Surveys in Yemen, which were conducted before Saudi Airstrikes which led to war in March 2015, showed that 77% of citizens said they had to pay a bribe in order to receive public services.

Across the nine countries, courts fare worst for bribery, with 1/3 of respondents who have dealt with the courts reporting that they have had to pay bribes. Police are not much better, with one in four respondents reporting having bribed police officers.

Only 1 in 5 respondents said they had reported having to pay bribes, and 2 in 5 of those who did report corruption said they have faced retaliation.

Public anger over corruption and lack of transparency fueled the Arab Spring uprising in 2011 which ousted leaders in Tunisia, Egypt, Yemen, and Libya. But the hope that followed this movement is overshadowed by the continuing corruption.

“It’s as if the Arab Spring never happened,” Transparency International’s chief Jose Ugaz said in a statement accompanying the report.

Transparency International has urged all nine national governments to prosecute corruption as well as promote freedom of the press and establish independent anti-corruption commissions.