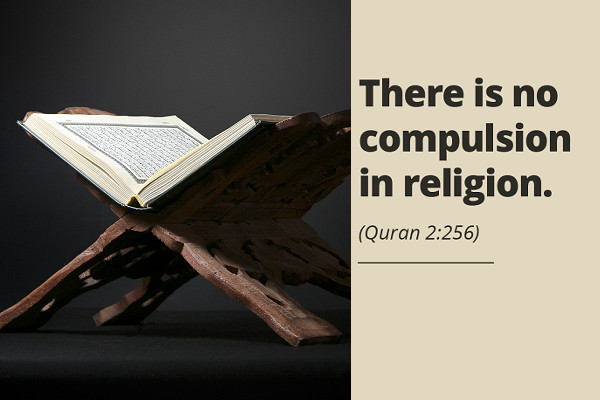 As children we would fight with friends, siblings or neighbors. Yet even if we were quick to fight we were quicker at forgetting about it and going back to being friends. It used to be matter of minutes or sometimes hours to forget and start the game again.

However, as we grow older we become more sensitive and less tolerant. Petty things appear to matter the world to us. Sometimes even slight misunderstandings can lead to complete break-up of relationships.

Intolerance is on the rise among nowadays. And Muslims, it seems, are no exception to that trend. It can look like we are becoming narrow-minded and self-centered. On each and every issue it looks like differences among Muslims, whether it is personal or public, religious or social, ideological or moral.

Whatever the issue, it becomes painful to see Muslims caught up in conflicts leading to violence, massacre and death.

Yet tolerance or samaha is a fundamental part of Islamic character. It is a religious and moral duty of every Muslim to be tolerant and forbearing. The real meaning of tolerance is largess. It is to give, not only wealth, but value, respect and consideration to others.

When we live together differences are bound to appear however we try to avoid them. Differences do occur on cultural, religious and social matters among people in every society.

But what is disheartening is how seldom we are able to forgive each other and how often we are intolerant towards one another. Of course sometimes it’s really tough to pardon someone who has hurt us so deeply. But that is where our inner-self and Emaan (faith) are tested.

Once the Prophet Muhammad (pbuh) was asked “What is Emaan (faith)?”

It is but natural that we incline to judge the faults of others, while being blind to our own. Mostly we overlook our own mistakes, and only remember how others have wronged us. It is an innate human error.

So we should first try to recall our own shortcomings before we reflect on those of others. According to Islamic teachings the best kind of forgiveness is answering the oppression of others with compassion and kindness.

By being tolerant and forgiving we can avert malice and hatred from overpowering our hearts and minds, because anger and hatred gradually make us internally ill.

Islam puts great emphasis on tolerance at all levels: concerning families and relatives, parents and children, husband and wife, friends and neighbors and between groups and nations.

‘’O Mankind! We have created you male and female, and have made you nations and tribes so that you might [affectionately] come to know one another. Surely, the most honored among you, in the sight of Allah, is the one who is the best in conduct. Surely Allah is all-knowing, all-aware’’ (Surah Al-Hujarat; 13)

The religion of Islam lays great stress on tolerance, self-control, forbearance and mercy. It is a religion of making things easy and not difficult. Muslims should be kind and forgiving and should not oppress or force others to do things against their will.

Thus, Muslims have been guided to avoid conflict, violence, cruelties and mischief of any kind. The greatest manner in Islam is to treat each other with dignity, equality, fraternity and justice.

“Do not sever relations. Do not indulge in mutual enmity. Do not entertain rancor and jealousy against one another, and not be jealous of others. Be brethren among yourselves and become Allah’s slaves. It is not permissible for a man to have severed his relations with any of his brethren for more than 3 days.” (Bukhari)

He (pbuh) further warned us against three serious sins;

“There are three persons whose prayer do not rise even a fist above their heads. One is that man who leads the prayers of others who do not like him. Second is that woman who spends her night in such a way that her husband is displeased with her. And third are those two brothers who have severed their relations with each other.” (Ibn Majah)

Peaceful co-existence in society completely depends upon tolerance and forbearance. Tolerance has far-reaching effects in maintaining mutual harmony among one another.

In fact, prolonged anger and wrath actually hardens our hearts and makes us more bitter. Instead, we should rush to resolve differences.

Consequently tolerance is the cordial knot which binds the family, society and keeps the community and the nation intact. Thus tolerance is a requirement of diversity and the ability to live and let others live.

“Tolerance is not just agreeing with one another or remaining indifferent in the face of injustice, but rather showing respect for the essential humanity in every person.”

But apart from such general wisdom, life is too short and its purpose is too lofty for bad character. We must not waste our precious energy and valuable time on being angry at one another or seeking revenge from one another. If we can diminish our spite, and cure the hatred or malice in our hearts, then we have true evidence of real faith. That is how we can, in the footsteps of the Prophet (pbuh), set an example for others to follow that will lead us all from effort in this life to the fruits of eternal pleasure in the next.