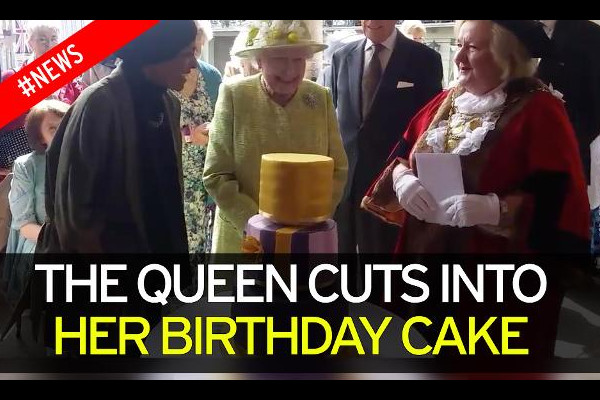 It is enough to make you feel proud to be British, citizens of a nation that loves little better than to boast about its brilliance at subsuming new cultures into our supposedly tolerant society. In the space of just a few days a Muslim woman clad in a hijab cooked the Queen’s 90th birthday cake, a Muslim footballer was voted player of the year for the first time and a Muslim woman notched up the unprecedented hat-trick of being the first black, female and Islamic student president.

These small steps forward should have been starbursts of pride, signs of rapid evolution in a modern nation embracing diversity. Instead suspicion clings to this community, with double standards that demand integration then treat its members so differently to others.

Even undoubted warmth towards Nadiya Hussain, who having won The Great British Bake Off and baked for Her Majesty has landed her own television show, is tempered by a nagging sense that there is some surprise a Muslim woman wearing a headscarf cooks cakes rather than joins jihad.

Meanwhile Malia Bouattia, elected head of the National Union of Students, is forced to deny claims she is a sympathiser with Islamic State. It seems rather unlikely that religious bigots would have much truck with such an opinionated character, who has risen to the top of student politics.

Unfortunately, such suspicion is far from unique for prominent Muslims, who often face questions over divided loyalties. Note how community leaders condemn bloody attacks in Europe yet, when their remarks go largely unrecorded, face questions for their failure to speak out.

Bouattia is also under fire for her views on Israel, accused of antisemitism in her implied support for armed resistance in the occupied territories. I do not share such hardline sympathies, for all the valid concerns over treatment of Palestinians, and she has made obtuse comments. But many Muslims, like many non-Muslims, feel intense anger over repression in the West Bank and Gaza. We see this again in the extraordinarily crass comments made by Naz Shah, rightly forcing her resignation as an aide to Labour’s shadow chancellor.

Having visited the West Bank and Gaza recently, I understand the fury over shootings, settlements and land encroachments – and also the deep fears of Israelis on the other side of the checkpoints and walls, facing a wave of stabbings and savage attacks.

There must always be great caution over conflating anti-Zionism and opposition to Israeli expansionism with antisemitism. But there must also be caution over constant attacks on outspoken Muslims. Sometimes criticism is deserved; often, however, it is not.

These events take place as we enter the last stretch in the London mayoral race, where a Labour politician has been subjected to smears and snide toots on the dog-whistle to remind voters of his religion. I am not impressed by Sadiq Khan’s candidature. Yet I am even less impressed by Tory vilification of a mainstream Muslim politician who championed same-sex marriage and opposed a boycott of Israeli goods, with insinuations that he is a terrorist sympathiser and a security risk. This is disreputable politics. It would be better to lose an election than to win in such corrosive style.

I have heard Labour voters in London say they are thinking of voting Tory for the first time, just as I have heard liberal commentators sneer at Islam. They would, of course, be shocked if accused of harbouring the slightest prejudice. Yet, as the former minister Sayeeda Warsi once said, correctly, when warning against the habit of dividing Muslims into “moderates” and “extremists”, Islamophobia has “passed the dinner table test” and become socially acceptable. Indeed, it is hard not to wonder if the flak she took as Tory party chair was related to religion and gender rather than performance.

One massive poll found Muslims feel more strongly British than any other faith or ethnic minority. Another found half the respondents expecting “a clash of civilisations” between British Muslims and native white Britons. As fear and hostility grows – exactly as sought by extremists on all sides – I know of young women living in outer London who are scared to travel into town because of abuse and stares. Why? Because like the new queen of cakes, they wear scarves on their heads.

Muslims are just the latest group of immigrants to be subjected to profound suspicion. Many claims made against them echo with uncanny precision those once made against Jews and Catholics. Yet fissures only grow wider when politicians weaponise refugees and religion, when prominent figures get treated to such intense scrutiny, and when bile against one group becomes acceptable bigotry. We need to find the common ground of shared citizenship that brings people together, not constantly deepen the damaging divisions in our society.