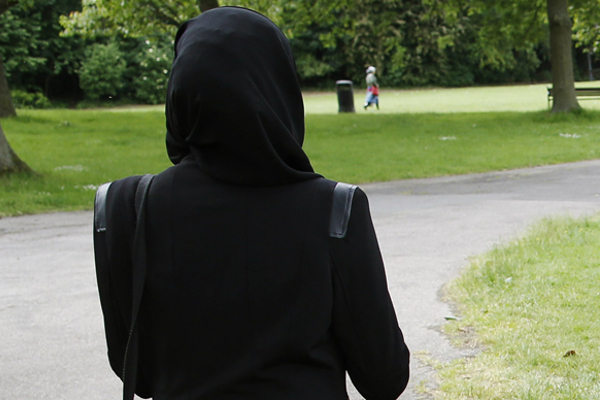 “If you don’t want your husband to marry another woman,” the imams said, “then, reflect on the hadith of the Prophet,(peace and blessings be upon him). You should love for your sister what you love for yourself.”

I turned off the video and sipped my tea in the silence of the room. I had planned to watch the prominent imam’s entire lecture on the subject of plural marriage in Islam, but I couldn’t get past the first few minutes.

It wasn’t that I disagreed with his point. After all, it is true. If Muslim women who are already married think of a potential co-wife as a sister in Islam instead of a potential rival, then sharing a husband wouldn’t be so difficult.

But is this mental shift really as simple as people make it sound?

Is it even realistic?

“What role do you think women play in polygamy?”

I had just arrived for a meeting at the home of a community leader and his wife when he asked me this question.

The inquiry took me off guard because it was unrelated to the subject of the meeting. He wasn’t asking about the details of women’s role in a Muslim marriage (He already knew that). He was asking what role they play in ensuring that a husband’s pursuit of subsequent life in plural marriage is successful and relatively uncomplicated.

I could tell he hadn’t expected this response. Then again, I hadn’t either. But it was what I honestly felt.

Brows furrowed, he asked, “What do you mean?”

“She’s not the one taking another wife—he is,” I said. “So the burden is on his shoulders, not hers.”

“But don’t you think women have some responsibility in making it work?”

The shocked silence in the room made me realize I should clarify.

“I’m not saying she has no accountability to her co-wife,” I explained. “The co-wife is her sister in Islam, and she can’t violate her sister’s rights.”

I went on, “But what I mean is, beyond her normal duties when her husband is married to only her, her role doesn’t change when he marries someone else. But the husband’s role does change because he chose polygamy.”

He nodded, beginning to see my point.

“And when a man marries another woman,” I told him, “he must understand that his first wife will naturally be hurt and upset. But this comes with the package. And if he can’t handle this natural hurt and upset without blaming his wife or asking her to change, then he’s the one at fault. Women will be women,” I said with a shrug. “And if a man doesn’t fully accept what that means in reality, then he’s not ready for polygamy.”

Though it has been many years since I had this conversation with the community leader, my views have not changed. If anything, they have become more resolute. And if there were any advice I would give to Muslim leaders who wish to tackle this topic with any success, it would be this: “Stop addressing women, and start addressing men.”

The more I reflect on this verse, the more I get a small glimpse into the infinite wisdom in these words. Specifically, five points stand out to me:

No, I’m not suggesting under the guise of advice that “one is best for you” while secretly hoping that no man engages in this Sunnah.

Actually, in my heart of hearts, I do hope that men (at least the ones responsible and financially capable) find a way to make plural marriage work—with wives by their side who are both fulfilled and pleased. Otherwise, there will be an ever-growing list of single— never been married, widowed, and divorced—women denied the joys and blessings of an Islamic marriage.

But what I am saying is that whatever responsibility exists in making the Sunnah of polygamy work rests almost entirely with the man, who must engage in careful introspection, seeking advice, and making du’aa and Istikhaarah when making this difficult decision and subsequently living with its naturally challenging consequences.

It goes without saying (or at least it should go without saying) that if a man’s current wife doesn’t wish to be in polygamy, it is illogical to ask her to shoulder the responsibility of making successful something that she neither desires nor chose.

The real man is the one whose good treatment, patience, and understanding will inspire even the most reluctant and upset wife to stay with him—even as she may never like that polygamy is part of her life.

In other words, real men implement the Sunnah of being men.

Time and time again I speak to women who have helped their husbands find another wife, supported their husband’s decision, or even made a habit of speaking or writing about the beauty of this Sunnah. Some have even gone as far as to share their home with a co-wife (something even I would not suggest or recommend).

Yet, despite Muslim women having gone over and beyond the call of duty in trying to overcome their natural dislike for sharing their husband (as a simple Google search on polygamy will reveal), advice, lectures, and complaints by Muslim men on the subject of polygamy continue to focus on the actions and thoughts of women. It is always with the apparent goal of inspiring women to love the arrangement and relish in its blessings by giving their husbands “no problems” with the pursuit.

But the fact of the matter is that Allah created women with a natural reluctance and dislike for sharing their husbands.

When I speak to women struggling in polygamy, one of my first pieces of advice is to accept that polygamy is inherently difficult and painful for women. It’s not “supposed to” be enjoyable or desired, I tell them—even though this natural difficulty and pain does not preclude having a loving, fulfilling relationship with your husband though he’s married to someone else.

Those women who seek to “love polygamy” often live in psychological and emotional turmoil as they deny themselves the right to hurt or even cry. They feel guilty for any resentment or emotional outbursts, and their husbands, unfortunately, often berate them for their struggles.

“This is the Sunnah,” their husbands may say, “so if you don’t love it, you have weak Iman,”—and, tragically, the wives believe them.

Ultimately, many of these women simply “break” and become so embittered and spiritually traumatized that they blame Allah or Islam for their misery—when neither Allah nor Islam asked them to “love polygamy” in the first place.

In my view, this summarizes the essence of the only advice men should give (and receive) regarding polygamy.

And, no, being a man doesn’t mean diving into polygamy while completely disregarding the first wife’s feelings. Sometimes, as we know from the famous story of Ali and Fatimah (may Allah be pleased with them), it may actually mean not pursuing polygamy at all.

Yes, women, like all believers, can benefit from reminders for their souls, and these reminders may or may not inspire them to accept polygamy in their lives.

Either way, women should love for their sisters what they love for themselves—as should men with their brothers.

So, dear imams, let us ask men and women to focus on their own responsibilities and roles, not someone else’s.

And by the mercy of Allah, as a woman, polygamy is not one of mine.