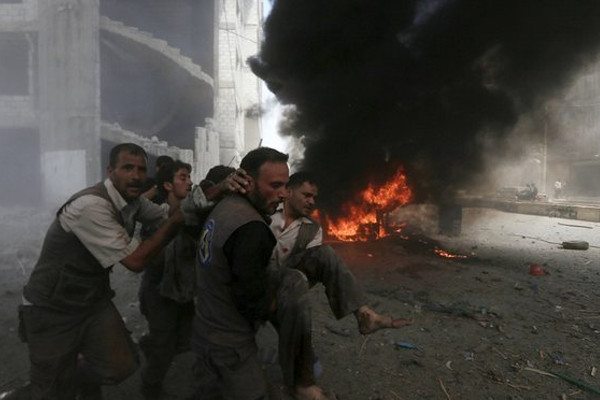 Syrian government airstrikes on two rebel-held areas killed more than 20 people Saturday, according to the Syrian Observatory for Human Rights and local reports.

At least 10 people were killed in Aleppo, a day after heavy bombardment by Syrian government planes killed at least 19 people.

In Douma, shelling killed at least 13 people, but he death toll was expected to rise because several people were critically wounded.

The violence comes despite a cessation of hostilities agreement mediated in February in Geneva. On Thursday, NATO chief Jens Stoltenberg said the cease-fire is “under strain,” but still represents the best chance at a peaceful solution to the country’s crisis.

The cessation of hostilities between pro-government forces and opposition fighters has been widely credited with sharply reducing fighting in Syria. But both sides have reported numerous violations, including a rise in fighting the past few weeks.