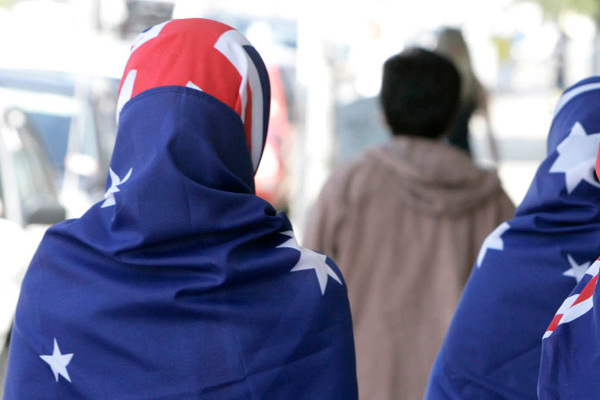 The events of 9/11 delivered a serious blow to Australia’s multicultural society. Australian Muslims, in particular, began to feel excluded and the wider community began to treat Muslims with suspicion. The question of identity came to the forefront. More than ever, Australian Muslims were faced with the challenge of remaining faithful to the essence of Islam and engaging with society in a manner that pursues the dignity and welfare of all.

Faced with many challenges, Australian Muslims are aware that society has changed. This sense of instability, combined with faithfulness to a religion, has given rise to some fears and question that are perfectly normal to ask: Can Muslims be loyal to the Australian modern secularised society?

In order to answer the above question, we need a clear and a realistic approach: to be able to achieve that, we have to recall the old model about migration. Then, we can draw the outlines of a clear framework related to the conditions of citizenship.

The old model is about the migration to Abyssinia, as a solution to the crisis that Prophet Muḥammad (pbuh) and his companions were facing in the city of Mecca located in the heartland of the Arabian Peninsula, is much like the case of many Muslims today who migrated from Muslim countries to Europe, USA and Australia hoping for a better life. The purpose of the migration to Abyssinia was to escape the torture and prosecution they were receiving from the leading tribe in Mecca, the Quraish. The significance of this migration to our context is that it was made to a foreign country ruled by a Christian king. In this regard, the Prophet stated: “I propose that you migrate to Abyssinia, where there is a Christian king, well known for his justice. He is said to have not wronged anyone in his kingdom.” The underlying fact of the Prophet’s proposal shows some of the most significant principles of Islam. Firstly, Muslims and Christians were not in conflict and, secondly, even though Muslims have differences with Christians in belief, Christians were viewed and expected to be in alliance with Muslims against the injustice of disbelieving idolaters. In fact, the Qurʾan reflects these facts in several places within the fabric of Islam:

And dispute ye not with the People of the Book, except with means better [than mere disputation], unless it be with those of them who inflict wrong [and injury]: but say, “We believe in the revelation which has come down to us and in that which came down to you; Our Allah and your Allah is one; and it is to Him we bow [in Islam]”. (Qur’an 29:46).

And there are, certainly, among the People of the Book, those who believe in Allah, in the revelation to you, and in the revelation to them, bowing in humility to Allah: They will not sell the Signs of Allah for a miserable gain! For them is a reward with their Lord, and Allah is swift in account. (Qur’an 3:199)

The Prophet also said: “Let it be known, if any one (Muslim) commits injustice, insults, aggravates, mistreats or abuses a person of the People of the Book (Christians or Jews), he will have to answer me (for his immoral action) on the Day of Judgment.” In return for King Negus’ good treatment and protection, the Muslims were respectful, compliant and good citizens. This decent citizenship was certainly driven by the Islamic principle of goodness, as the Qurʾan states: “Is there any Reward for Good—other than Good?” (Qurʾan 55:60). Good conduct, loyalty, love and affection towards human beings was the product of the respect and esteem given by early Muslims¾which certainly impressed kings. It was the duty of all Muslims to act and function with gratitude, loyalty and respect for the country that hosted them, just like the model of the Prophet’s companions (pbuh) without disobeying Islamic law. Therefore, Sharī‘ah obliges Muslims to comply with the laws of their country of residence on the condition these laws do not violate Islamic principles. Thus, Sharī’ah dictates Muslims to live mercifully and compassionately with non-Muslims, based on the Qurʾan, which demands fulfilling “obligations” and “covenants”, and observing the imperatives: “O ye who believe! Fulfill (all) obligations” and “…fulfill (every) engagement, for (every) engagement will be enquired into (on the Day of Reckoning)” (Qurʾan 17:34).

Accordingly, the core of Muslim identity has two dimensions: faith in the oneness of God, followed by the expression of this faith through engagement with society. This being the case, Muslims in Australia have a responsibility to express these two dimensions of their identity while, at the same time, remaining faithful to the Islamic sources. To achieve this end, Australian Muslims have to distinguish between the fundamental principles of Islamic teachings and the values of their surrounding culture. An awareness of this distinction will enable Muslims to integrate all that is good and positive from their home cultures and that of their host-country, and reject what is detrimental to their faith. Positive engagement with Australian society may mean that Muslims can develop multiple identities. In other words, it is possible for Muslims to retain their specific religious identity while, at the same time, developing other identities shaped by Australian customs and culture. The experience of living in multicultural Australia could over time provide Muslims with the opportunity to develop a distinctive loyal multicultural Muslim identity.

This is the first step towards applying the above framework after talking about the commonalities and, from there, to tackle the issues of identities, diversity and multiculturalism. Therefore, opening new channels and to propose creative ways to deal with these issues.