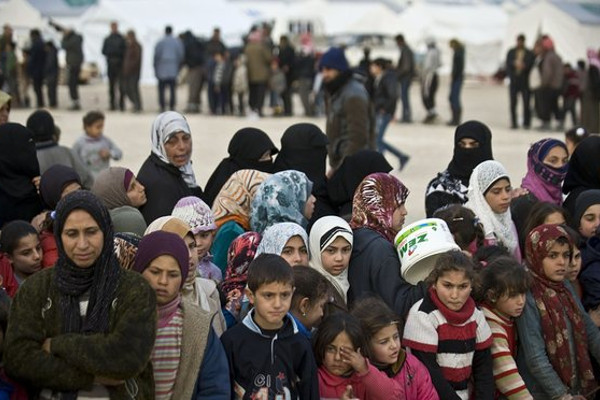 The United Nations expressed deep worry on Wednesday, April 20 over the fate of more than 40,000 Syrians who have fled fighting near the northern city of Aleppo that has escalated in recent days as government forces press an offensive despite a truce, Reuters reports.

Fighting around Aleppo has become the biggest threat to the fragile cessation of hostilities that went into force on Feb. 27, and has contributed to the decision by the main opposition delegation to suspend its formal participation in peace talks.

More than 40,000 people in camps, residential areas and settlements have been displaced due to fighting in recent days, mostly pushed eastwards towards the strategically vital border town of Azaz, as well as the Bab al-Salam and Sijjou camps for internally-displaced, the UNOffice for Humanitarian Affairs (OCHA) said in an overnight update.

“Taking into account the previous influx of over 75,000 internally displaced people into the Azaz sub-district in January and February, humanitarian needs are expected to rise exponentially,” it said.

Previous rebel losses in the area near the Turkish border have made it difficult for international aid agencies to reach civilians, making it one of the areas of greatest concern for those trying to protect Syria’s civilians from harm.

The opposition accuses the government of violating the cessation of hostilities agreement to launch a new offensive to capture Aleppo, Syria’s most populous city before the war, which has been divided between government-controlled and rebel-held zones for years.

The government and its Russian allies say they are fighting only against Islamist militants who are not covered by the truce, and blame the opposition for violating the ceasefire in other parts of Syria.

“We are extremely concerned at the intensification of fighting in northern Syria and its impact on civilians, as well as humanitarian delivery to the area, and continue to monitor the situation closely,” said Ariane Rummery of the UNrefugee agency.

Aid agencies have distributed food baskets and blankets, jerry cans, mattresses and plastic sheeting for thousands of newly displaced people and are preparing to scale up the response, she said.

The medical charity Medecins Sans Frontiers said there were now more than 100,000 people trapped on the Syrian side of the Turkish border, with 35,000 having fled in the past week from camps that had been taken over by Islamic State fighters or had become too close to the front line.

Turkey has closed the frontier to all but the most seriously ill or wounded people.

“Yet again we see tens of thousands of people forced to flee but with almost nowhere safe to go — trapped in this bloody, brutal conflict,” said Muskilda Zancada, MSF’s mission chief in Syria in a statement.

Riad Hijab, chief coordinator of the High Negotiations Committee (HNC), told a news conference in Geneva on Tuesday: “The regime and its allies are working on seizing Aleppo, which means seizing 650,000 citizens. The regime and Russians are using all kinds of weapons.”