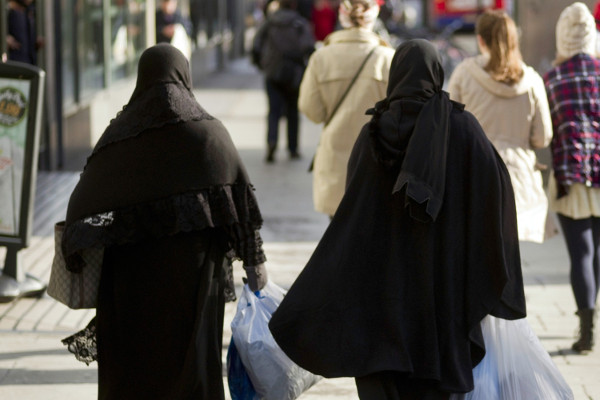 What do British Muslims really think? That’s what Trevor Phillips asks in a Channel 4 documentary later this week. It reminds me of the question that I and many other Brits of colour are often asked: “But where are you really from?”

The question here implies that, whatever your Muslim neighbours may tell you, don’t believe them. Phillips, formerly head of the Equalities and Human Rights Commission, said as much in a Sunday Times article last weekend: apparently the pollsters wanted to ensure the respondents did not “disguise the answer that you think will be all too disturbing for people from a different culture to hear”.

Phillips, who also wrote in yesterday’s Daily Mail, claims this poll, undertaken by ICM, supports his belief that there is “a chasm” opening between Muslims and people of other faiths, and therefore that Muslims are different and apart from the rest of society. He claims it reveals “the unacknowledged creation of a nation within the nation, with its own geography, its own values and its own very separate future”. In his view, this means “we have to adopt a far more muscular approach to integration than ever, replacing the failed policy of multiculturalism”.

But when there are 13 Muslim MPs, a British Muslim candidate for mayor of London, a Muslim dragon in the Dragons’ Den, and a Muslim winner of the Great British Bake Off, it seems that in reality, Muslims are very much part of British society. There is a fringe minority, as is the case with all communities, but Phillips chooses a distorted interpretation of the UK’s diverse Muslim communities.

For instance, he describes as “alarming” the finding that only 34% of Muslims would report someone to the police who was involved with people who support terrorism in Syria. But for the survey’s “control” group – consisting of randomly selected people from across the country of all or no faiths – the figure is only 30%. And other polls have found that 94% of British Muslims would report someone they knew who was planning an act of violence to the police.

And the suggestion that Muslims are an isolated community, separate to the rest of the country, is in sharp contrast to research from the Economic and Social Research Council, which indicates that the idea of self-segregating black and minority ethnic communities is flawed. So let’s be careful in drawing serious conclusions from a single uncorroborated poll, particularly when it contradicts more serious research.

While the full details of the methodology are yet to be revealed, it seems there are serious questions. From the outset, it was carried out in areas where Muslims formed more than 20% of the population. These happen to be some of Britain’s most deprived neighbourhoods, with a disproportionately high number of people with a Pakistani or Bangladeshi ethnicity. Choosing specifically to poll in areas that are poor and more religiously conservative skews the results and makes them indicative of these areas and not of British Muslims nationally. And while Muslims were polled face to face – because, as Phillips says, he wanted to avoid the failures of the past – the control group was polled via telephone.

This is not the first time polls have been used to paint a picture of Muslims as separate and at variance with British culture. Last month the Sun was censuredfor distorting survey results when it declared that one in five British Muslims sympathised with terrorists.

In selling the results of the poll, Phillips claims this is British Muslims speaking for themselves. But all he seems to have done is discard nuance and appeal to the prejudices of viewers. Of course there are real concerns within faith communities in general, whether related to sexuality or family issues. According to Linda Woodhead, professor of religion at Lancaster University, all those who believe in God are more likely to have conservative views on homosexuality. This corroborates another YouGov poll, which shows that evangelical Christians are more likely than Muslims to say same-sex marriage was wrong.

These attitudes are not to be swept under the carpet, but are these issues high up on the agenda for British Muslims? The Muslim Council of Britain’s own research has shown that far more serious concerns relate to poverty, gender, criminality and Islamophobia.

And we should not ignore the work that is already being done. Fantastic women across the country are challenging conservative traditions – for instance, Saleha Islam has become the first woman to lead a British Islamic centre. Food banks, such as Sufra, and grant bodies, such as al-Mizan Charitable Trust, are making their contribution to tackling poverty. Some, such as theKhayaal theatre company, are engaging culturally with the broader population.

In a society where the media obsesses over Muslims as the “other”, few papers are leading with the poll’s conclusions that are actually corroborated by previous surveys: British Muslims are not a nation within a nation, but feel a strong sense of belonging, more so than others within the society.

Discussions and proposals to promote integration and cohesion are always welcome. But the starting point should not be that Muslims are the problem, “not quite British enough”, and must be civilised into a pre-existing notion of Britishness.