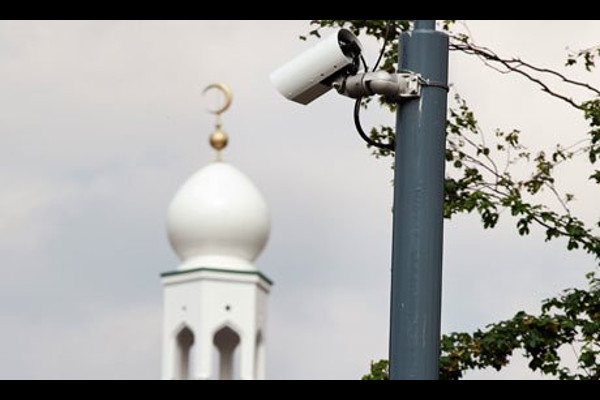 By: Monia Mazigh and Azeezah Kanji

‘Counter-radicalization’ is frequently pitched as an obvious solution to the obvious problem of domestic terrorism. And so, the recently-unveiled federal budget dedicates $35-million over five years to establish an Office of the Community Outreach and Counter-Radicalization Coordinator.

Expert analyses, however, project an unflattering light on the whole enterprise of counter-radicalization. In a report released this February, UN Special Rapporteur on counter-terrorism and human rights Ben Emmerson criticized prevailing approaches to countering radicalization as conceptually flawed and ineffective. “Many programmes directed at radicalization are based on a simplistic understanding of the process as a fixed trajectory to violent extremism with identifiable markers along the way,” Emmerson writes.

“States have tended to focus on those that are most appealing to them, shying away from the more complex issues, including political issues such as foreign policy and transnational conflicts”, preferring to instead emphasize “religious ideology as the driver of terrorism and extremism.”

John Horgan, former director of the International Center for the Study of Terrorism at Pennsylvania State University, is even more blunt: “The idea that radicalization causes terrorism is perhaps the greatest myth alive today in terrorism research.”

Which leads to the question: What exactly will Canada’s new Office of Counter-Radicalization be countering?

Few answers are to be found in the written output of Canadian security agencies: Their reports are opaque regarding the mythical connection between religious/ideological radicalization and “terrorism” — which seems to be assumed rather than proven. A 2011 CSIS study acknowledged that “the search for patterns and trends on radicalization remains elusive”, even while a report produced the very next year claimed, with surprising confidence, that “the Service has a solid grasp on this topic.”

Questionable as the concept of radicalization is, CSIS publications manage to cast a broad pall of suspicion on Muslims in Canada. “Islamist radicalization,” according to one (unsupported) CSIS assessment, can occur “just about anywhere … these people gather.”

Even Muslims’ dreams have been represented as a site of potentially dangerous activity – putting a strange new spin on the concept of “sleeper cells.” The generally overwhelming focus on Muslims is curious, given that CSIS’s own internal documents identify right-wing and white-supremacist violence as a greater threat than violence by Muslims (as described last year in the Toronto Star).

Experiences from countries that Canada has consulted as mentors in counter-radicalization also paint a disturbing picture. As many critics argue, counter-radicalization programs in Western liberal democracies have largely been thinly-veiled exercises in targeting Muslims — even though non-Muslims have been responsible for the majority of political violence in both America and Europe.

In the U.S., for example, far-right-wing attacks have killed more people than have “radical Muslims” since 9/11. And yet, theories of radicalization developed by American security agencies have fixated on markers of Muslim identity and religiosity — beards, traditional clothing — as precursors to radicalization.

While these theories have been thoroughly debunked by scholars, the state continues to engage in exceptionally extensive and aggressive surveillance of Muslim communities. Even innocuous-sounding “community engagement” initiatives have served as opportunities for police to collect “intelligence” on Muslims’ opinions and activities.

And under the U.K.’s Prevent strategy, 57 per cent of students referred to counter-radicalization programs between 2012 and 2013 were Muslim — even though they comprise only 5 per cent of the population. Special software installed on school computers raises alerts about children who search for certain so-called “radicalization keywords,” including “caliphate” and “Islamism.” As a letter signed by over 200 prominent Britons states, Prevent “is based on the unsubstantiated view that religious ideology is the primary driving factor for terrorism,” with the result that it “reinforces an ‘us’ and ‘them’ view of the world … and sows mistrust of Muslims.”

While the alienating effects of Prevent are apparent, its benefits are dubious. “It remains exceedingly difficult to gauge the real success of Prevent,” says a 2015 study.

Similarly, Australia’s federal de-radicalization program, outlined in 2012, has been roundly criticized by members of the Muslim community and experts in the field alike. “Despite the fact that almost universally, research points to the enormous influence that wider social, economic and political issues have on the process of radicalization,” argues Samier Dandan, president of Australia’s Lebanese Muslim Association, “the focus of the government’s strategy seems to rest heavily on how best it can strip people of their rights in the name of ‘security.’”

Will Canada’s Office of Counter-Radicalization challenge the problematic foundations of counter-radicalization? Or will it continue to stigmatize particular communities in the name of national security?