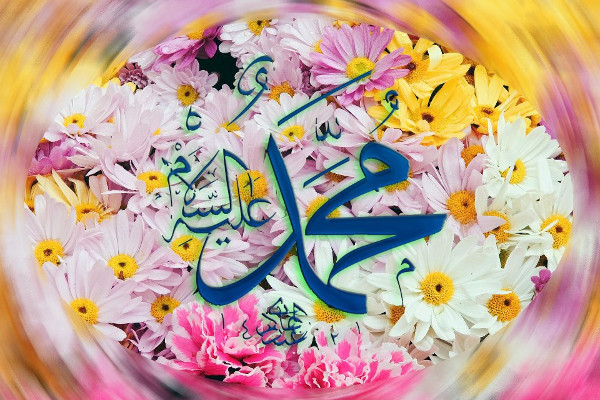 The servant of the Messenger of Allah (PBUH), our master Anas talked about Him (PBUH) as follows: “I have never seen a human who is more compassionate towards His family than Him.”

The prophet Muhammad (PBUH) frequently visited his son, Ibrahim (Abraham), who had been born in the last years of his life at the house of his wet nurse which was a place on the outskirts of Medina. And the wet nurse’s husband was a blacksmith. This house was always filled up with smoke that came from the blacksmith’s furnace. In every visit of him to this house, he clasped his son Abraham in his arms and kissed and showing him affection. During this time, he was the head of state and ruler of the Arabian Peninsula. (1)

THE SOUND OF A CRYING A CHILD

Once the Prophet (PBUH) was leading the Fajr (pre-sunrise) prayer in the mosque. While his normal practice was to offer a lengthy pre-sunrise prayer with slow recitation, on that morning, he completed the prayer in a very short time. His companions asked:

“O Messenger of Allah! Why have you completed the prayer so quickly?”

“I heard the voice of a crying child and was worried that his parents would be upset.” (2)

I LOVE YOU TOO

The journey of Hijra, which was made under rough conditions, had been completed and now the Prophet (PBUH) were entering Medina (though there is difference of opinion about when it may have occurred). A group of little girls of Medina welcomed Him with the chant of “The White Moon rose over us from the Valley of Wada”. As He was passing them, our master Muhammad (PBUH) asked:

They shouted, “By Allah, we love you of Messenger of Allah.” He smiled and said,

A hungry mother with two daughters in her lap wanted from Lady Aisha (RA) something to eat. There was nothing other than three dates in the house of our master Muhammad (PBUH), despite his being both a prophet and head of state. The mother who gave one date each to her daughters was about to eat the third date for herself; however, her hungry children wanted it, too. And the mother gave it to them. In the evening, Lady Aisha (RA) was still affected by that event. When the Messenger of Allah came home, she told him about this event, too. The Prophet Muhammad (PBUH) answered:

“That mother deserves Paradise with that deed.” (4)

Lady Fatima (RA), who was the only remaining daughter of the prophet Muhammad (PBUH) among His seven children and who would continue His bloodline until the Last Day, had a very special place in his heart. Whenever she came to him, he always welcomed her by standing up and kissing her. He used to say “Welcome my daughter!” and let her sit near him by grasping her hand. Fatima also behaved in the same manner to her father. In expressing his love towards her, he would say:

“Fatima is part of me, whoever upsets her, upsets me too.”

A society that had used to kill their infant daughters with their own hands a mere five to ten years earlier was being transformed by this example.(5)

A man was sitting near our master Muhammad (PBUH). The man’s son came to him. and the man took him and sat him down on his knee and started to kiss him and show affection to him. After a while the man’s daughter came. However, the man did not take her and sat her down on his knee and did not show any interest to her. The face expression of the apostle of Allah changed and he asked with a serious tone,

‘Why did you not show affection equally?” (6)

He (PBUH) told a group of equally aged children of his cousin Jafar and his uncle Abbas by facing them:

“Run towards me. Whoever comes to me first, I will give this and that.”

They ran towards to Him (PBUH) and crashing playfully into his chest and back. The prophet Muhammad (PBUH) kissed them and embraced them all. He did this many times in His life. (7)

YOU ARE MY MOTHER AND FATHER

It was near midday. We were sitting at the mosque. The news arrived to us that our master Hassan (RA) and Hussein (RA) were missing. We scattered and started to search the children in Medina and its surroundings with all the people along with the prophet (PBUH). Finally, I found them at the skirts of a mountain. They had embraced each other in fear and were looking at a snake a little away from them. The snake directed its head towards them and put its tongue out, hissing. I called to the Messenger of Allah, who came immediately. When he saw the scene, he walked towards the snake and the snake ran away. Then, he went to his grandchild. He tried to diminish their fear by touching them with his hands on their faces and at the same time He said:

“You are my mother and father, how valuable you are in the eye of Allah”.

When the fear of the children diminished, he took each grandchild on his shoulders and started to walk towards Mecca. (8)

IS THE LITTEL MAN THERE?

One Day with his faithful companion Abu Hurairah, he went to the house of Lady Fatima (RA). He wanted to see his grandchildren and show affection to them. As he entered the house, he searched our master Hassan (RA):

While hugging His grandchild, who came to him by running, he prayed at the same time

I FEEL COMPASSION FOR THEM

He put his foster child Usama, the son of Zayd on one of his knees and Hassan (RA) on his other knee. He laid their heads one another and his own head to them and prayed to Allah:

“O my Allah! Show show compassion to them for indeed I feel compassion for them.” (10)

Our masters Hassan (RA) and Hussein (RA), his grandchildren whom he loved calling “my flowers” where playing. The Prophet (PBUH) took them into his lap and prayed:

Hassan (RA) and Hussein (RA) whom the Prophet Muhammad (PBUH) continually showered with love and affection, asked for a camel for them to ride. So the Prophet (PBUH), not having enough money at the time to fulfill their wish, when down on his hands and knees and said,

“Come on, get on; is there any camel better than this?”

On another occasion, as they were playing  a similar game of “horse-riding” with their blessed grandfather, our master Umar, famous for his love of the Prophet, visited and said to the children:

“You have such a wonderful horse”. Prophet Muhammad (PBUH) answered:

And they are wonderful horse-riders.” (12)

On the pulpit of the mosque, He was calling out to thousands of believers who were listening to Him with great attention. At the door, there were two babies in their red shirts trying to walk with difficulty. The heads were turned to that side. However, nobody dared to interrupt the speech of the Apostle of Allah and to take the children.

The Prophet Muhammad (PBUH) broke his speech, got down from the pulpit and held them. And he returned to the pulpit and continued to speak. Meanwhile, He did not neglect to apologize to the ones listening to Him.

“I looked at these two children walking with difficulty and I could not help interrupting my speech to attend to them.” (13)

ME YOUR FATHER AND AISHA YOUR MOTHER

On one morning of an Eid festival, he was returning home from the mosque. In the street, and he saw children playing in their festival clothes. However, one child attracted his attention. He was sitting aside with dirty and old clothes on him and watching the others. The Prophet Muhammad (PBUH) came close to him and said,

“My son, why do you not join your companions?”

The child answered in sadness,

“Would you like me to be your father, Aisha your mother and Hassan and Hussein your brothers?”

The happy child rushed and joined the others who were surprised by his change, so they asked:

“What happened to you?”

“The Apostle of Allah became my father and Aisha my mother and Hassan and Hussein my brothers!”(14)

WHAT SHOULD ANAS DO?

Anas the son of Malik was a smart and sometimes mischievous child of Medina who performed the daily work of the Prophet Muhammad (PBUH) from the age of 10 and served him until His (PBUH) death when Anas was 20.

This long period of ten years saw, by Anas’ own account, many episodes of boyish mischief. He said:

“The Prophet Muhammad (PBUH) used to send me to buy something from the market. When I saw the children playing in the street, I used to play with them and forgot what to buy. Then I used to come to him in silence. When he saw me shy and fearful, He used to say “What did Anas do? He has nothing in his hand. Allah makes him forget.” And He used to console me.

On one of those days, little Anas was being stubborn and said to himself concerning an errand, “I swear by Allah that I will not go.” Then he became regretful and set forth but when he met the children playing in the street, he forgot. He was captivated by a game. A while later, he felt a hand behind his head and turned around. He saw the prophet Muhammad (PBUH) standing, smiling:

“My dear Anas,” he said “have you gone to the place where I sent you?”

Anas said “Yes, O Messenger of Allah.” “I was just about to go there now.” The Prophet Muhammad (PBUH) continued to smile without saying anything further.

In his old age, when recalling his years with the Prophet Muhammad (PBUH), Anas, the son of Malik, would say:

“I joined His company at a young age and had been in His service for ten years. He never cursed me, not even once. He never once hit me. He never got angry with me or blamed me for a mistake of mine or a duty that I neglected or did not perform by saying “Why did you do this?” or “Why did you not do this?” He never grimaced his face.”(15)

CALL AN ADHAN HERE TOO

A child called Abu Mahzura was making fun with the muezzin (the Caller to Prayer) by imitating Him. The prophet Muhammad (PBUH) called him and said to him with a serious and soft manner as if he had not realized his mockery with the adhan:

“Let us hear you call an adhan here too.”

Abu Mahzura, who was embarrassed, called an adhan by using all of his skill.

The prophet Muhammad (PBUH) corrected the incomplete and mistaken parts of his adhan and put a few coins to his pocket and said to him by patting on his back:

“Let it be blessed.”

Abu Mahzura was still taken aback upon his compliment and remittance. He asked permission to be a muezzin in Mecca and got it. He was going to be the muezzin of Mecca for years. (16)

DO NOT DECEIVE THE CHILD

A mother was calling her child in order to bring him to the home; “Come and look what I will give you?” The prophet Muhammad, (PBUH) was present and asked asked her,

“What will you give to the child?”

When she responded that she wanted to give him dates he said: