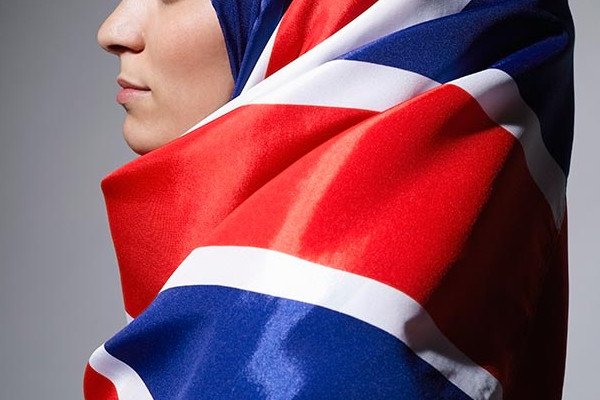 By: Julian Hargreaves, University of Cambridge
Source: The Conversation

The controversy surrounding a now-infamous “I confronted a Muslim” tweet – and a subsequent race-hate charge – reminds us that tackling discrimination against British Muslims remains as big a challenge as ever.

For those who missed it, PR-man Matthew P Doyle took to Twitter to announce: “I confronted a Muslim woman in Croydon yesterday. I asked her to explain Brussels. She said ‘Nothing to do with me’. A mealy mouthed reply.”

Police were alerted to the incident when Doyle’s ill-judged comments about the encounter were retweeted by bemused internet users. While charges were eventually dropped, the story is a prime example of the type of discrimination encountered on a daily basis by many British Muslim women and an exception to an otherwise overlooked phenomenon.

Everyday incidents of anti-Muslim discrimination rarely make headline news – but recent research from the University of Cambridge’s Centre of Islamic Studies found that discrimination is the daily norm for many British Muslims.

While previous research in this area has often focused on acts of physical violence, none of those interviewed for the Cambridge study had experienced crime of this type. But almost all, whether male or female, felt they had experienced prejudice. As one Muslim man living in the north of England stated: “… there’s an atmosphere, there’s definitely an atmosphere.”

Interviewees shared numerous accounts of being ignored in shops, being stared at on public transport and being targeted by discrimination. While they were seldom criminal in nature, these acts were described as always hurtful – and often leading to dramatically increased fears of criminal victimisation, particularly among older Muslim women.

One Muslim woman gave an account of discrimination from supermarket staff packing groceries:

When we’re shopping … right away from the person who’s serving you … he or she [is] serving someone who’s white you get a full conversation out of them, but the minute they see you with a hijab, right okay, pack yourself.

Another gave one of many examples of discrimination on public transport:

When I’m in my normal get-up … I can sit in the bus like everyone else and I’m fine, people talking away just getting on with it, you know, you’ll even find someone sitting next to you trying to strike conversation … wear a hijab and it’s almost like … nobody even wants to smile at you … they want to keep at arm’s length from you.

These troubling accounts echo previous victim and discrimination studies undertaken by the centre. Analysis of data from the Crime Survey of England and Wales (previously the British Crime Survey) revealed that levels of personal crime (crimes ranging from verbal abuse to serious attack) and crimes including some form of physical violence are broadly similar for all minority religion groups (with the sad exception of Jewish communities who face higher overall levels of crime).

A forthcoming study of discrimination data from the Ethnic Minority British Election Study 2010 (EMBES), a large-scale survey of ethnic minority communities, tells a different overall story. Data from EMBES suggests that non-white Muslims who experience discrimination are more likely than non-white Christians to suffer it on the street – but perhaps no more likely than Hindu and Sikh communities. (Muslim victims may appear from Figure 3 to suffer more discrimination on the street than Hindus and Sikhs but the differences are not statistically significant and so should not be used to describe larger national patterns.)

However, there are stark differences between female discrimination victims within the EMBES data. Non-white Muslim women appear far more likely to suffer discrimination on the street than their female non-white, non-Muslim counterparts. These differences are large and statistically significant, therefore provide a more reliable estimate of differences throughout the UK. The experiences shared by female Muslim interviewees in the recent study offered strong support for the statistical evidence.

One probable explanation for the increased risks faced by British Muslim women is of course the higher visibility of those who choose to wear a headscarf or face veil (as many of the interviewees do). Several interviewees drew direct links between daily incidents of discrimination and the abundance of negative news stories concerning Muslims and Islam.

Others (the lucky few perhaps) were careful to stress a growing resilience to everyday forms of discrimination and an increased reliance on their religion, culture and community as a means of coping. This finding of resilience is perhaps the study’s most original contribution to academic research in this field.

Regardless of how we might as a society analyse, explain and cope with everyday forms of discrimination (against any individual or group), what the study makes clear is that as the furore around Doyle’s crass foray on to Twitter begins to fade, encounters of this sort are happening all over Britain and continue to be for many British Muslims the unreported reality of daily life.

Julian Hargreaves, Research Associate at the Centre of Islamic Studies, University of Cambridge