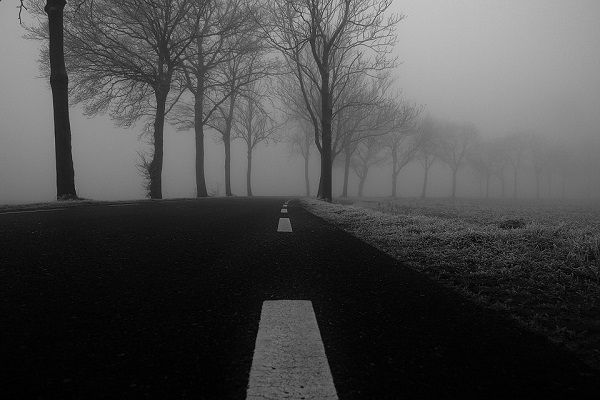 MV Editor’s Note: As evil forces in the international community, and the entertainment and other industries continue to support corrupt individuals and organizations in nations across the globe in promoting the vice of sodomy and the moral sickness of homosexual attraction, it is easy to lose sight of the fact that real people suffer and struggle to overcome such vices which, in the present climate, can be particularly difficult to do. This excellent advice addresses the vices and the struggle in a meaningful and, we hope, helpful manner. This answer was in response to a questioner who was distressed to the point contemplating self-harm due to his struggle with sexual attraction to both genders and an addiction to homosexual pornography. May Allah be our refuge from vice and those who shamelessly promote it.

I think the first step is that we acknowledge his feelings and homosexual tendency as a reality that has to be dealt with. Often times such tendencies are denied altogether, which only accentuates the problem. These feelings are real and are an affliction whose remedy must be sought.

Having said that, the following can serve as an outline of a few steps that might prove beneficial, inshaAllah:

Recognizing the Problem and Desiring to Stop

The first step in this situation is to recognize the problem and have a sincere desire to quit. MashaAllah, your friend has already taken this first step, and this is not to be underestimated. It is a very praiseworthy thing for a person with a problem or addiction to at least admit he has a problem and genuinely want to rid himself of it. Your friend should have hope in Allah that with each step he takes towards Allah, Allah will take ten towards him.

The Power of Supplication [dua]

The next step is to make sincere supplication to Allah to help him get rid of the problem. He should beg Allah from the bottom of his heart to give him the strength, will and determination to forever close this door. He should make sure he fulfills the conditions of having his supplication answered, the most important of which are to eat only lawful food [halal], and to have conviction that Allah will answer his prayers. Allah never lets His servants down, and as hard as something might be for us, nothing is difficult for Him, Exalted and Glorious.

He should try to make dua at blessed times, especially in the last part of the night before fajr, as well as between the adhan and iqama of the prayer.

He should also rejoice in his very supplication, for our master Ibn Ata’illah states, “If He [Most High] causes your tongue to ask [for something], then know that He wants to give it to you.” The greatest indication that your friend will overcome this problem, inshaAllah, is the fact that he consistently asks Allah to rid him of it.

Going Cold Turkey: The Only Solution

Now it’s time for your friend to really roll up his sleeves and be strong for the sake of Allah. Our Beloved Messenger (peace and blessings upon him) said, “The strong believer is better and more beloved to Allah than the weak believer, yet there is good in both. Be avid for that which benefits you, seek Allah’s help, and don’t be weak” [Muslim].

The only solution for this problem is to completely shut the door, 100%. He has to go cold turkey. It cannot be gradual, but sudden and final. He has to just stop. Now, this will no doubt be extremely difficult, especially at the beginning. But if he can simply get through the initial stage when it’s the hardest, it will only get easier.

Our Beloved Messenger (peace and blessings upon him) is reported to have said, “No servant leaves something for the sake of Allah except that Allah replaces it with that which is better for his religion and his worldly affairs” [Hilyat al-Awliya’]. Your friend is guaranteed, if he can just get through this test, that Allah will replace the pleasure he found in the unlawful with a much greater pleasure in the lawful, inshaAllah. Something better is in store for your friend if he can just show Allah that he can be strong for His sake.

This promise is further explained by our master Ibn Ata’illah, who said, “Our Lord is far too magnificent to delay recompense if the servant pays up front.” That is, reward for good deeds – the very best of which is to leave the unlawful – does not come only in the next life. Allah is kinder and greater than that; rather, His recompense is immediate and in this life too, yet comes in various forms. He sends a certain kind of contentment, tranquility, and joy in the heart of the believer who avoids the unlawful and cleans up his life. As the Qur’an itself states, “Whoever acts righteously, whether male or female, while believing [in Allah],  We will certainly give him a renewed goodly life [of contentment and joy], and [furthermore] We will certainly recompense them with a reward based on the very best of what they used to do” [Nahl:97].

Tell your friend to fast at least once a week. Fasting has an incredible effect on subduing the evil qualities and tendencies of the ego, and it is a prophetic cure. Fasting also gives one a window into the renewed goodly life promised by Allah, as the fasting person finds a new sort of contentment that does not come with eating all the time.

Your friend has to find good company. A common idiom in English is “Birds of a feather flock together,” and this is especially true when it comes to spiritual matters. Our Beloved Messenger (peace and blessings upon him) said, “A person is on the religion of his close friend, so let him carefully examine who he befriends” [Tirmidhi, Abu Dawud]. He should spend quality time with believers that are strong-willed and of good character, people who remind him of Allah Most High. Our Prophet [peace and blessings upon him] described such people when he said, “Indeed some people are keys to the remembrance of Allah; when they are seen, Allah is remembered” [Tabarani, Kabir]. Part of this entails that he goes the masjid regularly and prays with the believers.

Your friend has to develop a relationship with the Qur’an, and make much remembrance of Allah, especially sending blessings upon the Prophet (peace and blessings upon him). He should spend at least half an hour every morning and every night doing this. Our Messenger (peace and blessings upon him) conveyed that Allah says, “Whoever is too preoccupied with reciting Qur’an to mention Me and ask Me for something, I shall give him something better than what I give to those who ask” [Bayhaqi, Shu’ab].

Lastly, your friend must adopt a new rule and make no exceptions whatsoever: He can never go on the internet alone. He must force himself to use the internet only in public places where the screen can be seen by others. This is not impossible, and is crucial to his success in this endeavor, inshaAllah.

The Power of Repentance (tawba)

Finally and most importantly, all of this is part of repentance or tawba. This is the most powerful tool we have as humans, because our very nature is one of incapacity, inability and utter need, as Allah says, “The human being was surely created weak” [Nisa:28]. Yet the beauty of our weakness is that Allah loves when we go back to Him broken and in pain. He loves to see us beg Him for help. He loves to see us put our heads on the ground and just ask Him, as our Beloved said, “Ask Allah out of His bounty, for verily Allah Mighty and Majestic loves to be asked” [Sunan Tirmidhi].

No sin is too great for Allah’s mercy. It’s never too late. As long as one has breath in his body, there is always hope. This is Allah’s promise, and cannot be stressed enough. And once we turn back to Him, the past darkness transforms into pure light, as He Most High states in His magnificent book, “…Except he who repents, believes, and works righteous deeds; verily, for those people, Allah transforms their evil deeds into good deeds. And Allah is Ever-Forgiving, All-Merciful” [Furqan:70].

All of the indecent and evil images your friend looked at can at once be transformed into beautiful righteous deeds that will shine with light on the Day of Judgment. This is the Divine Promise…if he can just have the strength to stop the sin, feel remorse, and have the resolve never to return again. This is tawba, and this is Allah’s gift to humanity.