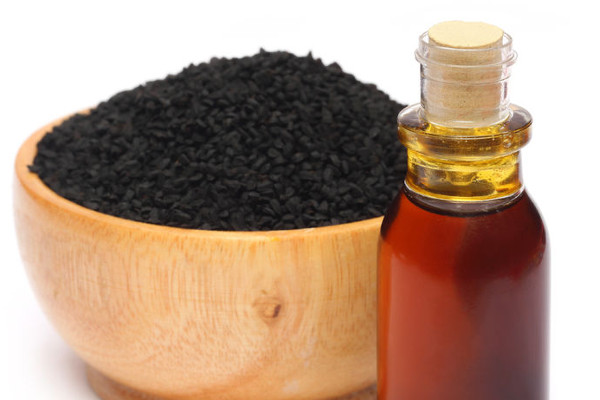 With regard to how to benefit from black seed oil, the following may prove useful.

Black seed is also included in the list of natural drugs of al-Tibb al-Nabawi, and, according to tradition, “Hold onto the use of the black seed for in it is healing for all illnesses except death” (Sahih Bukhari Vol 7 Bk 71 #592).

This prophetic reference in describing black seed as “having a healing for all illnesses” is not exaggerated as it at first appears. Recent research has provided evidence that most illnesses arise because of an imbalanced or dysfunctional immune system which cannot perform its primary function of defending the body optimally. Research also indicates that black seed contains an ability to significantly boost the human immune system – if taken over time.

The prophetic phrase, “hold onto the use of the seed,” also emphasizes consistent usage of the seed.

Another source says, “… The most pertinent point to be made about black seed is that it should be regarded as part of an overall holistic approach to health and ideally should be incorporated into one’s everyday lifestyle. In this way, the many nutritional and healing properties contained in the seed can help build the body’s immune system over time, supplying it with the optimum resources it needs to help prevent and fight illness.”

One should find someone who is specialized in the use of the black seed and consult with them, since, like all medicines different dosages are required for different ailments.