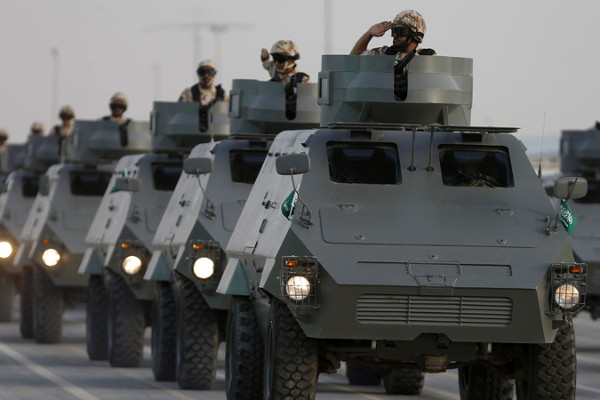 Saudi Arabia made a splash when it announced the formation of a 34-country “Islamic” alliance against terrorism in December — and followed it up with a massive military exercise that ended last week.

But Riyadh’s “Islamic Military Alliance” is missing Muslim powerhouses Indonesia and Iran, and questions remain about the makeup and motives of the coalition.

The exclusion of Shi’ite-dominated Iran and Iraq, and their ally Syria, has fueled suspicions that Riyadh is not motivated by the desire to combat terrorism.

“The Saudis are motivated by their internal security and grip on power as well as a sectarian and geopolitical rivalry with Iran,” says Hayder al-Khoei, an associate fellow at Chatham House, London.

Tensions have escalated between Saudi Arabia and Iran in recent months – particularly in January, when Iranian protesters ransacked the Saudi Embassy in Tehran and set fires inside after Saudi authorities executed an outspoken Shi’ite cleric. Riyadh and Tehran also back opposite sides in ongoing wars in Syria and Yemen. 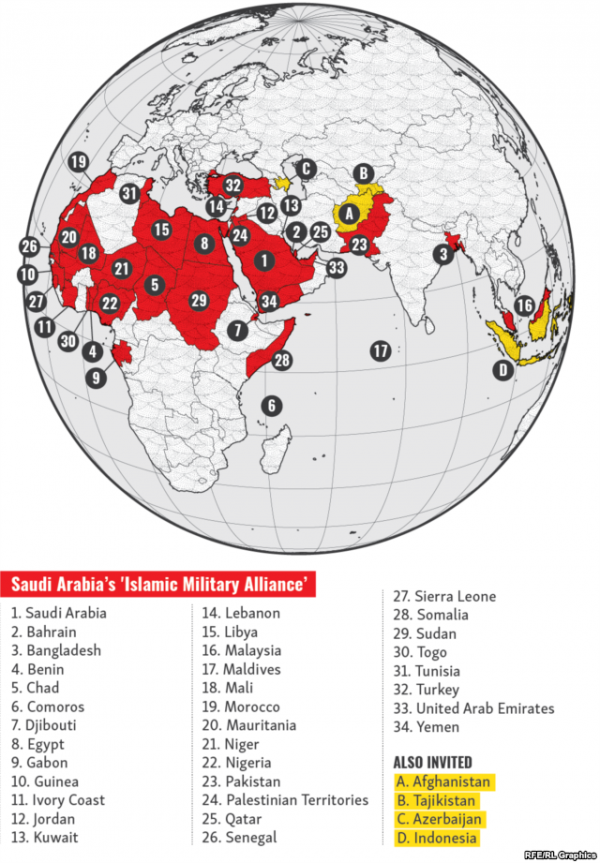 Khoei says it is unclear how the coalition would tackle Islamic State (IS) extremists in Iraq and Syria without the agreement of those governments.

The notion that Saudi Arabia — a country that has been widely accused of exporting Islamic radicalism around the world — could lead a fight against extremism strikes some analysts as deeply ironic.

“In order to really fight terrorism, the Saudis must declare war against themselves and end the support it has been giving to radical groups across the world,” says Khoei of Chatham House.

Micah Zenko, a senior fellow at the Washington-based Council on Foreign Relations, says that a Saudi-led coalition fighting terrorism is like a “[drug] cartel leading a counternarcotics campaign.”

Riyadh has come under mounting international pressure over its air campaign against Iran-supported Huthi rebels in Yemen, which is widely seen as a sectarian-driven proxy war with Tehran.

Saudi Arabia has also been criticized for its failure to go after clerics in the kingdom that spread radical Wahhabism. On top of that, some critics allege that Riyadh supports the IS extremist group.

And while some of the biggest Muslim countries are outside the “Islamic” alliance, some of its members do not have Muslim majorities. For example, around 80 percent of the West African state of Gabon’s population is Christian. In Benin, the biggest religion is Roman Catholicism, while the majority of people in Togo hold indigenous beliefs. All these countries, however, do have sizable Muslim minorities.

When Riyadh announced the military alliance on December 15, several of the countries listed as joining or invited seemed surprised.

Indonesia’s Foreign Ministry said it had been invited to join a “center to coordinate against extremism and terrorism,” not a military alliance.

Pakistani Foreign Secretary Aizaz Chaudhry was quoted in the daily newspaper Dawn as saying he had been surprised to read of Islamabad’s inclusion.

Pakistan, which has strong historical ties with Riyadh, later expressed support — if not much visible enthusiasm — for the coalition.

Pakistan’s role will be limited to providing training to troops from the participating countries, sharing intelligence on terrorist groups, and helping member states create counter-radicalization initiatives.