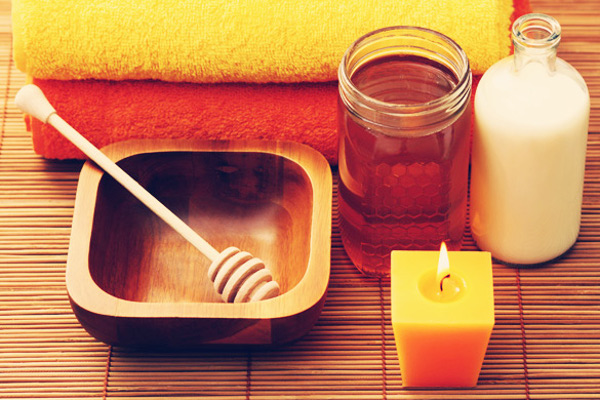 This purpose of this article is to trace the concept of prevention, wiqayat, in the Qur’an. It explains that efforts at preventing disease do not contradict pre-determination, qadar, but are actually part of qadar. It then uses Islamic teachings on appetite control as an example of disease prevention. Appetite control is by having a strong iman. Sawm Ramadhan provides practical annual training in appetite control.

1.1 Concept of prevention in the Quran

Disease could be prevented before occurrence or could be treated after occurrence. The concept of prevention, wiqayat, does not involve claiming to know the future or the unseen, ‘ilm al ghayb, or even trying to reverse qadar. The human using limited human knowledge attempts to extrapolate from the present situation and anticipates certain disease conditions for which preventive measures can be taken. Only Allah knows for sure whether the diseases will occur or not. The human uses knowledge of risk factors for particular diseases established empirically to predict disease risk. Preventive action usually involves alleviation or reversal of those risk factors. For example stopping cigarette smoking can prevent lung cancer and ischemic heart disease. Obeying fire regulations can prevent fire accidents. Careful driving prevents road traffic accidents and trauma. Immunization prevents viral and bacterial infections.

Prevention is the most effective method of disease control. The concept of prevention can be understood at three levels. Primary prevention aims at making sure the disease does not occur at all. Prevention also involves avoiding any act that can hurt good health or destroy life, halaak[7]. There are activities that promote good health and are part of preventive medicine because they put the body in the best possible status to be able to fight and overcome any disease that occurs. Examples of such activities are: physical exercise, rest and recreation, diet, dhikr llah, happy marriage and good family life.

Secondary prevention aims at limiting the impact of the disease once it has occurred; this is usually by attempting to detect the disease early and instituting necessary treatment. Islam makes seeking cure of disease obligatory. The Prophet (PBUH) taught that there is a cure for every condition except old age. This opens a wide door for research to find new methods of investigating and treating disease. These are the primary concerns of secondary prevention.

Tertiary prevention aims at mitigating the long-term sequelae and complications of a disease.

2.0 Islamic guidelines on prevention of overnutrition

2.1 The principle of equilibrium, Mizan

There are physiological mechanisms controlling food intake. Satiety is the desire to stop eating further because of feeling satisfaction. It is controlled by the hypothalamus. Eating causes a rise in body temperature that signals to the hypothalamus to activate the satiety mechanisms. The distension of the stomach during a meal also sends signals that activate satiety. High blood sugar and high lipid levels may also cause satiety. Emotional and psychological factors also control satiety. In normal circumstances these negative feedback mechanisms can keep food ingestion within physiologically acceptable levels. However human will is able to overrule normal physiological control mechanisms. The body may crave for more food but the will can overrule it. In the same way the will can cause stopping feeding even before satiety is reached. Over eating or under-eating due to the action of the human will can be the basis for malnutrition and human disease.

Haajat is intake that is more than dharurat but which prevents the feeling of hunger. It is however recommended not to eat to full satisfaction, shaba’u.. Ibn al Qayim defined three levels of food intake as: dharurat, necessary, hajat, needed; and excess, fadhl. The necessary amount is the minimum nutritional intake of food is that necessary for maintenance of life and health in optimum state. The needed, hajat, is intake that is above the dharurat to prevent the feeling of hunger and satisfies the psychological desire for food. It is however recommended not to eat until full satisfaction, shaba’u. It is always better to feel a little bit of hunger. Hajat represents the balance between excessive and too little intake. Fadhl is the excess intake beyond the need. The excess is what is beyond the body’s needs and is definitely harmful to health.

The problem of excess food intake is new in human history. Early man in agricultural societies could use up all the food ingested because of the hard physical work of looking for food and assuring the basic necessities of life. Sedentary man in the modern industrial society still eats the same number of meals as early man without the same amount of physical work with the result that obesity develops.

2.5 Obesity is due to excess food intake

Obesity is excessive accumulation of fat in the body when more energy is ingested that is expended. The excess energy is stored as fat. Fat in the sub-cutaneous tissue is easy to see and measure. However fat inside the body is calculated from the specific gravity of the body obtained by comparing weight in water with weight in the air. Fat tends to lower body specific gravity.

Obesity is deviation from homeostasis. Obesity could be caloric or genetic; there is interaction between the two forms. Caloric obesity develops when energy intake exceeds energy expenditure. In that situation the equilibrium between lipolysis and lipid storage is shifted in favor of storage. There is accumulation of fat. This affects androgen and estrogen metabolism. Atheroma and physical disabilities also develop.

Most cases of obesity are due to excess food intake although emotional, genetic, and endocrine factors play a role. Obesity may also be familial with no genetic basis when children grow in a family with excessive nutritional intake and grow into overweight or obese adults. Regular food intake without any physical activity may also lead to obesity. Overeating may be stimulated by certain drugs. In some cultures obesity especially of women is considered a sign of beauty and special medications are taken to achieve it. Factors that encourage over eating include: abundance of food with a lot of leisure time leading to social eating as entertainment and stress that finds relief in food.

Obese persons have a shorter life-expectancy. Obesity is associated with hypertension, atherosclerosis, and diabetes. Obesity is an increased burden for the heart and also the skeleton and joints. Behavioral problems may be due to feeling bad about one self and may progress to neuroses and psychoses. Besides its association with disease, obesity in its extreme forms interferes with performance of physical acts of ‘ibadat such as sawm, salat, and hajj. Obesity is treated by reducing food intake under medical supervision

2.4 Prevention of obesity by controlling appetite

Obesity is a social and medical disease that was condemned by the prophet. He considered it a sign of social degeneration. Obesity can be prevented by control of the appetite.

The prophet taught the rule of the thirds[8] as a guide for food intake: one third for solid food, one third for water, and one third for air. He also taught that Muslims are a community who do not eat until they are hungry and when they eat they do not fill their belly, nahnu qawmu la na akul hatta najuu’u wa idha akalna fala shabi’ina.

Appetite can also be controlled by sawm. Both obligatory and supererogatory sawm help in controlling excess intake. The fasting person takes and absorbs less food in a day that a non-fasting one. Fasting is also training in appetite control during the ensuing non-fasting period.