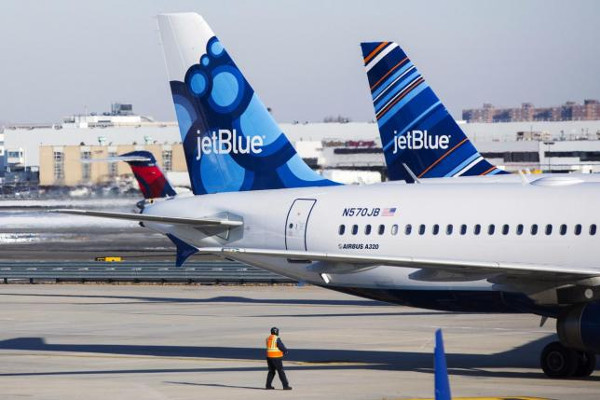 A JetBlue plane flying from Boston to Los Angeles sparked controversy after the airline escorted two Muslim women off on March 5.

The women were reportedly taken off JetBlue Flight 487 for filming a safety briefing, reports The Daily Mail. Fellow passenger Sharon Kessler took to social media to write about the incident, while her friend Mark Frauenfelder posted a video of the incident on YouTube.

“It was a terrible moment — honestly — these women sat quietly, watched movies — it felt like overkill from this flight attendant,” she wrote. “[The flight attendant] casually relayed to a coworker that she didn’t appreciate being stared at — she did not seem rattled or scared — just smug. Then — after we landed – she announced that the authorities would be boarding the plane and to remain in our seats with seat belts,” Kessler added.

JetBlue defended their actions. “Our crew members’ first priority is the safe and secure operation of our flights, and as a security precaution, are asked to be aware of anyone who may be filming or taking photographs of in-flight procedures or the flight deck area,” they said. “ In this instance, our crew members acted in accordance with security procedures. We appreciate our customers’ patience and cooperation, and apologize for the inconvenience,” they added.

However, Mark Frauenfelder wrote for Boing Boing that the women were actually using a language translation application on their phone that day. The incident is just one of many acts of alleged discrimination against Muslims, or those perceived to follow Islam, at airports and elsewhere.

In November 2015, Al Jazeera reports Fulbright Scholar and Stanford educated journalist, educator and artist Kameelah Rashad was traumatized after being pulled off a flight to Turkey at a New Jersey airport for questioning. She said:

It was an attempt to humiliate and ostracise me. I think this happened because I’m Muslim, because I’m traveling to Istanbul, because they have power with no checks and balances, because security means violating people’s rights, because there’s a general lack [of understanding of] what safety means, because people don’t understand basic geopolitical situations. I honestly feel very traumatised and shaken. I don’t feel comfortable flying at all.  I’m still very angry and hurt, but I have to temper that with not having expectations for being treated better. I shouldn’t expect any better. This is the militarised state that we have decided to live in.